The Impact of Iron Supplementation for Treating Anemia in Patients with Chronic Kidney Disease: Results from Pairwise and Network Meta-Analyses of Randomized Controlled Trials
Next Article in Special Issue

Antioxidant, Anti-Inflammatory, and Antidiabetic Activities of Leaves and Stems of Uapaca bojeri Bail. (EUPHORBIACEAE), an Endemic Plant of Madagascar 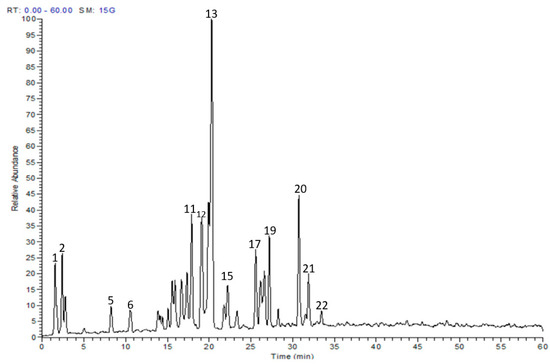