Effects of an Adaptogenic Extract on Electrical Activity of the Brain in Elderly Subjects with Mild Cognitive Impairment: A Randomized, Double-Blind, Placebo-Controlled, Two-Armed Cross-Over Study
Previous Article in Journal

Preparation, Characterization, and Evaluation of Cisplatin-Loaded Polybutylcyanoacrylate Nanoparticles with Improved In Vitro and In Vivo Anticancer Activities

This study aimed to evaluate the therapeutic efficacy of the cisplatin encapsulated into polybutylcyanoacrylate (PBCA) nanoparticles for the treatment of kidney cancer. The nanoformulation was successfully developed using the miniemulsion polymerization method and characterized in terms of size, size distribution, drug loading and encapsulation efficiencies, drug release behavior, in vitro cytotoxicity effects, in vivo toxicity, and therapeutic effects. Cisplatin-loaded PBCA nanoparticles were confirmed to be in nanoscale with the drug entrapment efficiency of 23% and controlled drug release profile, in which only 9% of the loaded drug was released after 48 h. The nanoparticles caused an increase in the cytotoxicity effects of cisplatin against renal cell adenocarcinoma cells (ACHN) (2.3-fold) and considerably decreased blood urea nitrogen and creatinine concentrations when compared to the standard cisplatin (1.6-fold and 1.5-fold, respectively). The nanoformulation also caused an increase in the therapeutic effects of cisplatin by 1.8-fold, in which a reduction in the mean tumor size was seen (3.5 mm vs. 6.5 mm) when compared to the standard cisplatin receiver rats. Overall, cisplatin-loaded PBCA nanoparticles can be considered as a promising drug candidate for the treatment of kidney cancer due to its potency to reduce the side effects of cisplatin and its toxicity and therapeutic effects on cancer-bearing Wistar rats. View Full-Text
Keywords: cisplatin; cytotoxicity; drug delivery; kidney cancer; PBCA nanoparticles cisplatin; cytotoxicity; drug delivery; kidney cancer; PBCA nanoparticles
►▼ Show Figures 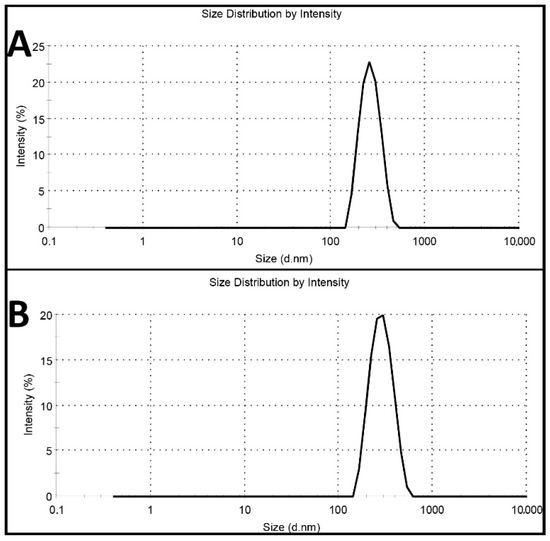