skillsChain: A Decentralized Application That Uses Educational Robotics and Blockchain to Disrupt the Educational Process

Recently, the development of distributed renewable energy resources, smart devices, and smart grids empowers the emergence of peer-to-peer energy trading via local energy markets. However, due to security and privacy concerns in energy trading, sensitive information of energy traders could be leaked to an adversary. In addition, malicious users could perform attacks against the energy market, such as collusion, double spending, and repudiation attacks. Moreover, network attacks could be executed by external attackers against energy networks, such as eavesdropping, data spoofing, and tampering attacks. To tackle the abovementioned attacks, we propose a secure and privacy-preserving energy trading system (SPETS). First, a permissioned energy blockchain is presented to perform secure energy transactions between energy sellers and buyers. Second, a discrete-time double auction is proposed for energy allocation and pricing. Third, the concept of reputation scores is adopted to guarantee market reliability and trust. The proposed energy system is implemented using Hyperledger Fabric (HF) where the chaincode is utilized to control the energy market. Theoretical analysis proves that SPETS is resilient to several security attacks. Simulation results demonstrate the increase in sellers’ and buyers’ welfare by approximately 76.5% and 26%, respectively. The proposed system ensures trustfulness and guarantees efficient energy allocation. The benchmark analysis proves that SPETS consumes few resources in terms of memory and disk usage, CPU, and network utilization. View Full-Text
Keywords: peer-to-peer energy trading; blockchain; privacy; security; performance benchmarking peer-to-peer energy trading; blockchain; privacy; security; performance benchmarking
►▼ Show Figures 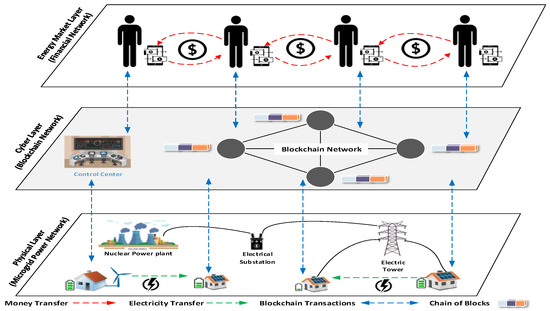 Hongli Zhang
She received her BSc degree in computer science from Sichuan University, Chengdu, China, in 1994, and PhD degree in computer science from Harbin Institute of Technology, Harbin, China, in 1999. She is currently a professor in the School of Computer Science and Technology at Harbin Institute of Technology. Her research interests include network and information security, network measurement and modeling, and parallel processing.

Guangyao Zhang
He received his MS degree in computer application technology from Dalian Maritime University, Dalian, China, in 2003. He is currently the director of the Heilongjiang Branch, CNCERT.
Zoom | Orient | As Lines | As Sticks | As Cartoon | As Surface | Previous Scene | Next Scene
We use cookies on our website to ensure you get the best experience. Read more about our cookies here.
Accept
We have just recently launched a new version of our website. Help us to further improve by taking part in this short 5 minute survey here. here.
Never show this again