Oxygen is ubiquitous in nature and it plays a key role in several biological processes, such as cellular respiration and food deterioration, to name a few. Currently, reversible and non-destructive oxygen sensing is usually performed with sensors produced by photosensitization of phosphorescent organometallic complexes. In contrast, we propose a novel route of optical oxygen sensing by fluorescence-based quenching of oxygen. We hereby developed for the first time a set of multi-emissive purely organic emitters. These were produced through a one-pot hydrothermal synthesis using p-phenylenediamine (PPD) and urea as starting materials. The origin of the multi-emission has been ascribed to the diversity of chemical structures produced as a result of oxidative oligomerization of PPD. A Bandrowski’s base (BB, i.e., trimer of PPD) is reported as the main component at reaction times higher than 8 h. This indication was confirmed by electrospray-ionization quadrupole time-of-flight (ESI-QTOF) and liquid chromatography-mass spectrometry (LC-MS) analysis. Once the emitters are embedded within a high molecular weight poly (vinyl alcohol) matrix, the intensities of all three emission centers exhibit a non-linear quenching provoked by oxygen within the range of 0–8 kPa. The detection limit of the emission centers are 0.89 kPa, 0.67 kPa and 0.75 kPa, respectively. This oxygen-dependent change in fluorescence emission is reversible (up to three tested 0–21% O2 cycles) and reproducible with negligible cross-interference to humidity. The cost-effectiveness, metal-free formulation, cross-referencing between each single emission center and the relevant oxygen range are all appealing features, making these sensors promising for the detection of oxygen, e.g., in food packaged products. View Full-Text
Keywords: optical oxygen sensing; fluorescence-based oxygen quenching; multi-emission; carbon nanodots; molecular fluorophores optical oxygen sensing; fluorescence-based oxygen quenching; multi-emission; carbon nanodots; molecular fluorophores
►▼ Show Figures 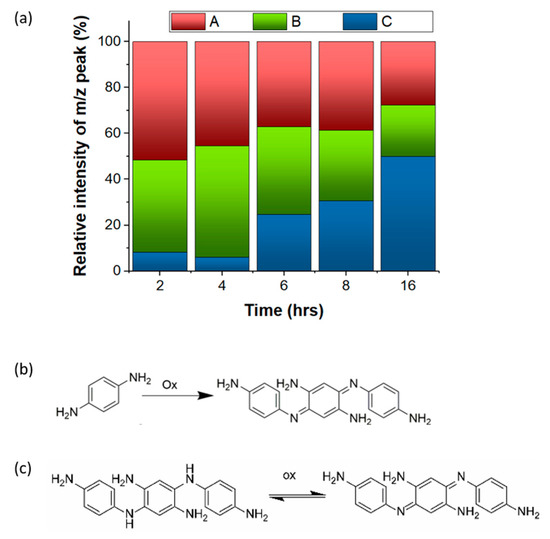