Scintillation caused by the electron density irregularities in the ionospheric plasma leads to rapid fluctuations in the amplitude and phase of the Global Navigation Satellite Systems (GNSS) signals. Ionospheric scintillation severely degrades the performance of the GNSS receiver in the signal acquisition, tracking, and positioning. By utilizing the GNSS signals, detecting and monitoring the scintillation effects to decrease the effect of the disturbing signals have gained importance, and machine learning-based algorithms have been started to be applied for the detection. In this paper, the performance of Support Vector Machines (SVM) for scintillation detection is discussed. The effect of the different kernel functions, namely, linear, Gaussian, and polynomial, on the performance of the SVM algorithm is analyzed. Performance is statistically assessed in terms of probabilities of detection and false alarm of the scintillation event. Real GNSS signals that are affected by significant phase and amplitude scintillation effect, collected at the South African Antarctic research base SANAE IV and Hanoi, Vietnam have been used in this study. This paper questions how to select a suitable kernel function by analyzing the data preparation, cross-validation, and experimental test stages of the SVM-based process for scintillation detection. It has been observed that the overall accuracy of fine Gaussian SVM outperforms the linear, which has the lowest complexity and running time. Moreover, the third-order polynomial kernel provides improved performance compared to linear, coarse, and medium Gaussian kernel SVMs, but it comes with a cost of increased complexity and running time. View Full-Text
Keywords: GNSS; scintillation; support vector machines; kernel; Gaussian; polynomial GNSS; scintillation; support vector machines; kernel; Gaussian; polynomial
►▼ Show Figures 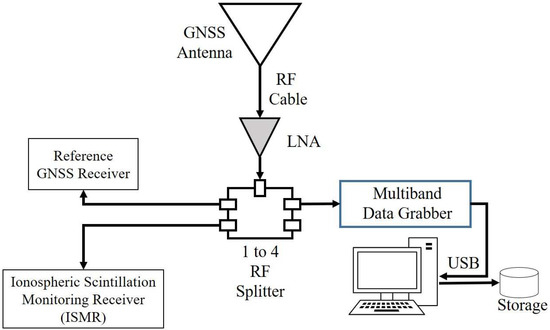