Sensor fault detection and diagnosis (FDD) has great significance for ensuring the energy saving and normal operation of the air conditioning system. Chiller systems serving as an important part of central air conditioning systems are the major energy consumer in commercial and industrial buildings. In order to ensure the normal operation of the chiller system, virtual sensors have been proposed to detect and diagnose sensor faults. However, the performance of virtual sensors could be easily impacted by abnormal data. To solve this problem, virtual sensors combined with the maximal information coefficient (MIC) and a long short-term memory (LSTM) network is proposed for chiller sensor fault diagnosis. Firstly, MIC, which has the ability to quantify the degree of relevance in a data set, is applied to examine all potentially interesting relationships between sensors. Subsequently, sensors with high correlation are divided into several groups by the grouping thresholds. Two virtual sensors, which are constructed in each group by LSTM with different input sensors and corresponding to the same physical sensor, could have the ability to predict the value of physical sensors. High correlation sensors in each group improve the fitting effect of virtual sensors. Finally, sensor faults can be diagnosed by the absolute deviation which is generated by comparing the virtual sensors’ output with the actual value measured from the air-cooled chiller. The performance of the proposed method is evaluated by using a real data set. Experimental results indicate that virtual sensors can be well constructed and the proposed method achieves a significant performance along with a low false alarm rate. View Full-Text
Keywords: virtual sensors; fault detection and diagnosis (FDD); maximum information coefficient (MIC); low false alarm rate; air-cooled chiller virtual sensors; fault detection and diagnosis (FDD); maximum information coefficient (MIC); low false alarm rate; air-cooled chiller
►▼ Show Figures 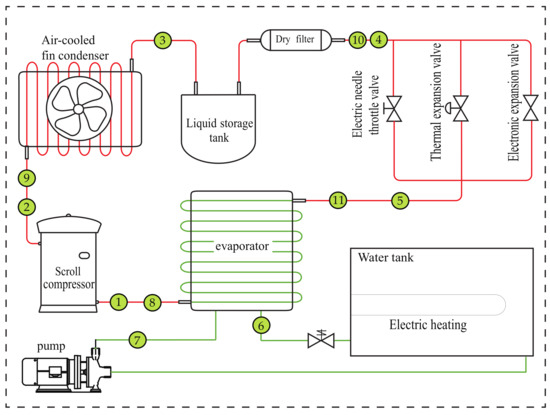