Increasing interest in analyzing human gait using various wearable sensors, which is known as Human Activity Recognition (HAR), can be found in recent research. Sensors such as accelerometers and gyroscopes are widely used in HAR. Recently, high interest has been shown in the use of wearable sensors in numerous applications such as rehabilitation, computer games, animation, filmmaking, and biomechanics. In this paper, classification of human daily activities using Ensemble Methods based on data acquired from smartphone inertial sensors involving about 30 subjects with six different activities is discussed. The six daily activities are walking, walking upstairs, walking downstairs, sitting, standing and lying. It involved three stages of activity recognition; namely, data signal processing (filtering and segmentation), feature extraction and classification. Five types of ensemble classifiers utilized are Bagging, Adaboost, Rotation forest, Ensembles of nested dichotomies (END) and Random subspace. These ensemble classifiers employed Support vector machine (SVM) and Random forest (RF) as the base learners of the ensemble classifiers. The data classification is evaluated with the holdout and 10-fold cross-validation evaluation methods. The performance of each human daily activity was measured in terms of precision, recall, F-measure, and receiver operating characteristic (ROC) curve. In addition, the performance is also measured based on the comparison of overall accuracy rate of classification between different ensemble classifiers and base learners. It was observed that overall, SVM produced better accuracy rate with 99.22% compared to RF with 97.91% based on a random subspace ensemble classifier. View Full-Text
Keywords: gait; human activity recognition; smartphone; wearable sensor; human daily activity; ensemble method gait; human activity recognition; smartphone; wearable sensor; human daily activity; ensemble method
►▼ Show Figures 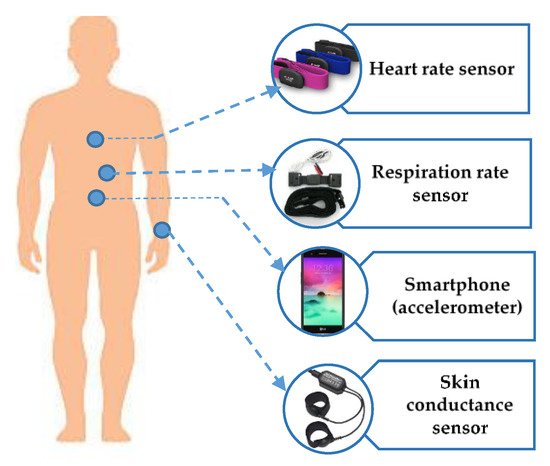