Device-free localization (DFL) is becoming one of the new technologies in wireless localization field, due to its advantage that the target to be localized does not need to be attached to any electronic device. In the radio-frequency (RF) DFL system, radio transmitters (RTs) and radio receivers (RXs) are used to sense the target collaboratively, and the location of the target can be estimated by fusing the changes of the received signal strength (RSS) measurements associated with the wireless links. In this paper, we will propose an extreme learning machine (ELM) approach for DFL, to improve the efficiency and the accuracy of the localization algorithm. Different from the conventional machine learning approaches for wireless localization, in which the above differential RSS measurements are trivially used as the only input features, we introduce the parameterized geometrical representation for an affected link, which consists of its geometrical intercepts and differential RSS measurement. Parameterized geometrical feature extraction (PGFE) is performed for the affected links and the features are used as the inputs of ELM. The proposed PGFE-ELM for DFL is trained in the offline phase and performed for real-time localization in the online phase, where the estimated location of the target is obtained through the created ELM. PGFE-ELM has the advantages that the affected links used by ELM in the online phase can be different from those used for training in the offline phase, and can be more robust to deal with the uncertain combination of the detectable wireless links. Experimental results show that the proposed PGFE-ELM can improve the localization accuracy and learning speed significantly compared with a number of the existing machine learning and DFL approaches, including the weighted K-nearest neighbor (WKNN), support vector machine (SVM), back propagation neural network (BPNN), as well as the well-known radio tomographic imaging (RTI) DFL approach. View Full-Text
Keywords: device-free localization; received signal strength; extreme learning machine; parameterized geometrical feature extraction device-free localization; received signal strength; extreme learning machine; parameterized geometrical feature extraction
►▼ Show Figures 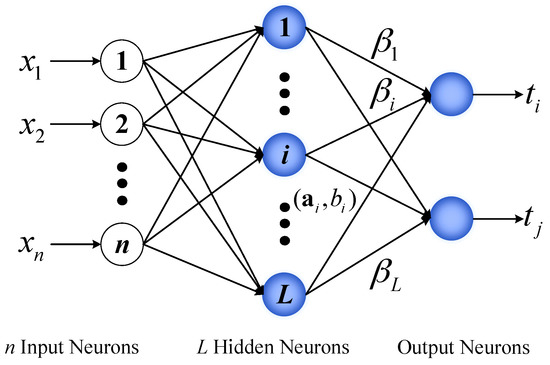