:
Cable structure is a major component of long-span bridges, such as cable-stayed and suspension bridges, and it transfers the main loads of bridges to the pylons. As these cable structures are exposed to continuous external loads, such as vehicle and wind loads, vibration control and continuous monitoring of the cable are required. In this study, an electromagnetic (EM) damper was designed and fabricated for vibration control and monitoring of the cable structure. EM dampers, also called regenerative dampers, consist of permanent magnets and coils. The electromagnetic force due to the relative motion between the coil and the permanent magnet can be used to control the vibration of the structure. The electrical energy can be used as a power source for the monitoring system. The effects of the design parameters of the damper were numerically analyzed and the damper was fabricated. The characteristics of the damper were analyzed with various external load changes. Finally, the vibration-control and energy-harvesting performances of the cable structure were evaluated through a hybrid simulation. The vibration-control and energy-harvesting performances for various loads were analyzed and the applicability to the cable structure of the EM damper was evaluated.
Keywords:
electromagnetic (EM) damper; cable vibration control; energy harvesting; hybrid simulation

3. Characteristic Test of the EM Damper

4. Hybrid Simulation of the EM Damper

Ho-Yeon Jung is the principal researcher of this work. He conducted the numerical and experimental research. In-Ho Kim assisted experiment and data analysis. Hyung-Jo Jung supervised the whole work of this research. 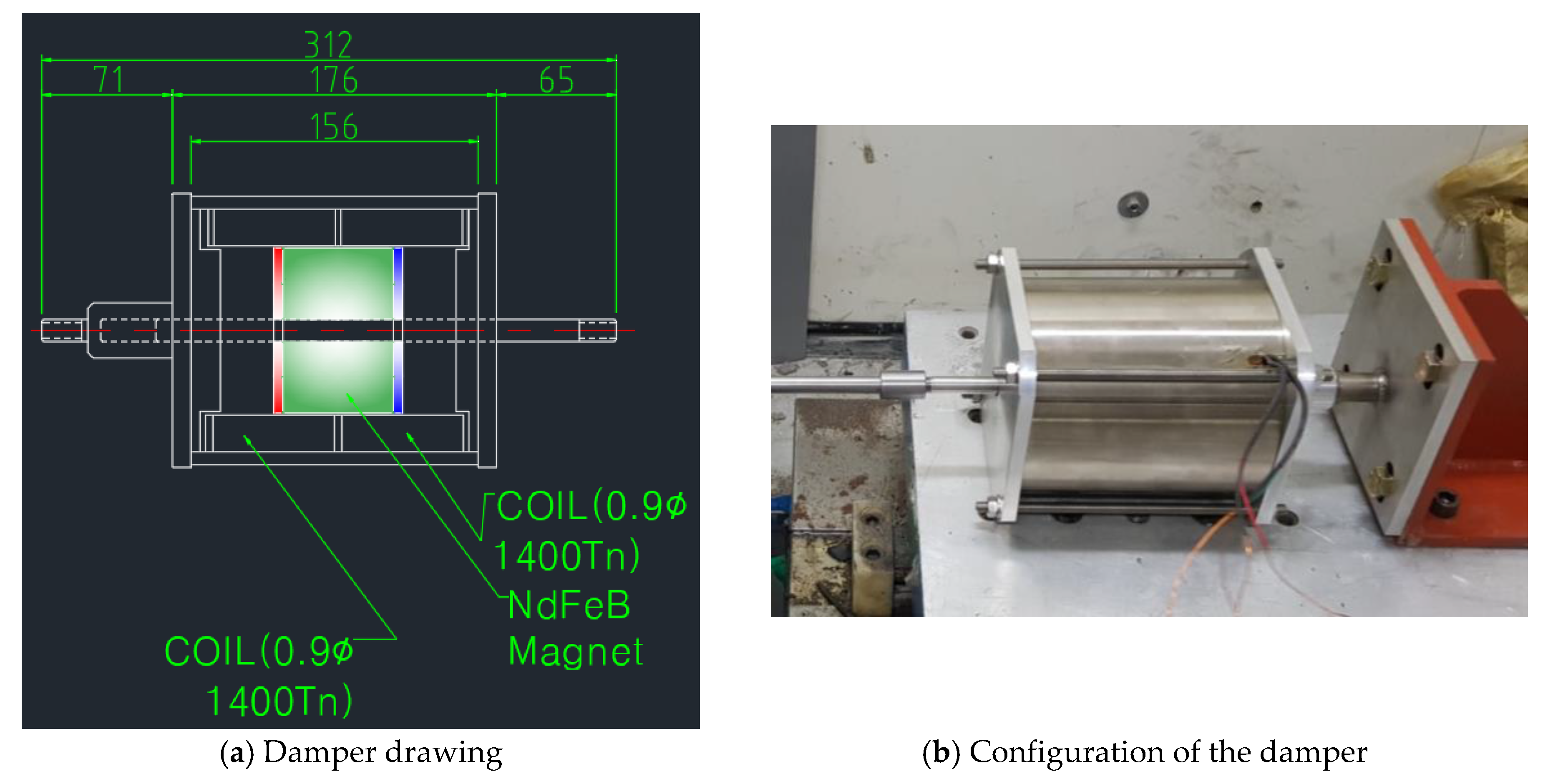