Analysis of the Accuracy and Robustness of the Leap Motion Controller

Whole cell biosensors always face the challenge of low stability of biological components and short storage life. This paper reports the effects of poly(2-hydroxyethyl methacrylate) (pHEMA) immobilization on a whole cell fluorescence biosensor for the detection of heavy metals (Cu, Pb, Cd), and pesticides (dichlorophenoxyacetic acid (2,4-D), and chlorpyrifos). The biosensor was produced by entrapping the cyanobacterium Anabaena torulosa on a cellulose membrane, followed by applying a layer of pHEMA, and attaching it to a well. The well was then fixed to an optical probe which was connected to a fluorescence spectrophotometer and an electronic reader. The optimization of the biosensor using several factors such as amount of HEMA and drying temperature were undertaken. The detection limits of biosensor without pHEMA for Cu, Cd, Pb, 2,4-D and chlorpyrifos were 1.195, 0.027, 0.0100, 0.025 and 0.025 µg/L respectively. The presence of pHEMA increased the limits of detection to 1.410, 0.250, 0.500, 0.235 and 0.117 µg/L respectively. pHEMA is known to enhance the reproducibility of the biosensor with average relative standard deviation (RSD) of ±1.76% for all the pollutants tested, 48% better than the biosensor without pHEMA (RSD = ±3.73%). In storability test with Cu 5 µg/L, the biosensor with pHEMA performed 11.5% better than the test without pHEMA on day-10 and 5.2% better on day-25. pHEMA is therefore a good candidate to be used in whole cell biosensors as it increases reproducibility and enhances biosensor storability. View Full-Text
Keywords: whole cell biosensor; pHEMA; heavy metals; pesticides whole cell biosensor; pHEMA; heavy metals; pesticides
►▼ Show Figures 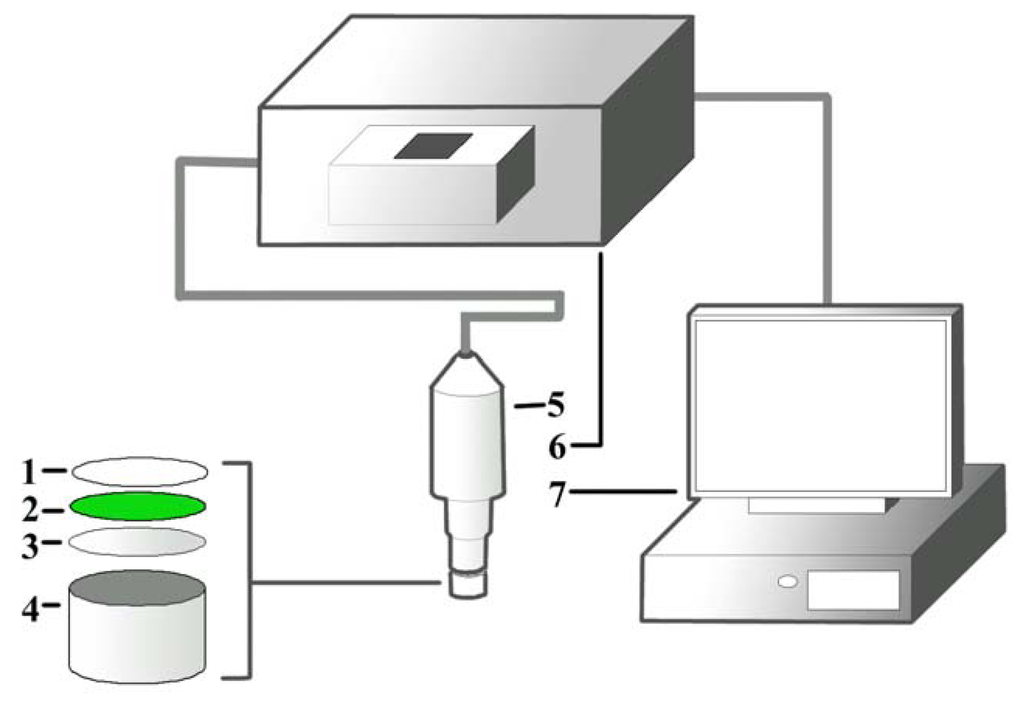