Acacia longifolia: A Host of Many Guests Even after Fire

Microbial Communities in the Fynbos Region of South Africa: What Happens during Woody Alien Plant Invasions

The Cape Floristic Region (CFR) is globally known for its plant biodiversity, and its flora is commonly referred to as fynbos. At the same time, this area is under severe pressure from urbanization, agricultural expansion and the threat of invasive alien plants. Acacia, Eucalyptus and Pinus are the common invasive alien plants found across the biome and considerable time, effort and resources are put into the removal of invasive alien plants and the rehabilitation of native vegetation. Several studies have shown that invasion not only affects the composition of plant species, but also has a profound effect on the soil chemistry and microbial populations. Over the last few years, a number of studies have shown that the microbial populations of the CFR are unique to the area, and harbour many endemic species. The extent of the role they play in the invasion process is, however, still unclear. This review aims to provide an insight into the current knowledge on the different microbial populations from this system, and speculate what their role might be during invasion. More importantly, it places a spotlight on the lack of information about this process. View Full-Text
Keywords: fynbos; soil; Acacia spp.; Eucalyptus spp.; oligotrophic; microbial fynbos; soil; Acacia spp.; Eucalyptus spp.; oligotrophic; microbial
►▼ Show Figures 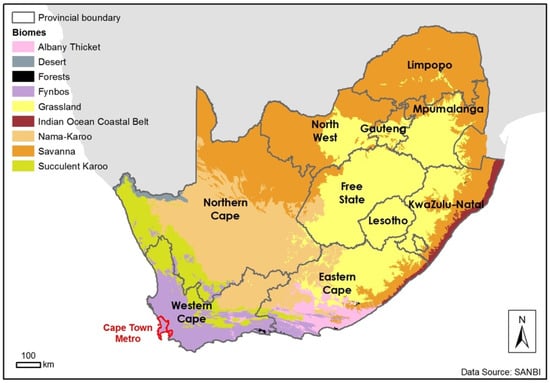