Intraspecific Variation in Commiphora wightii Populations Based on Internal Transcribed Spacer (ITS1-5.8S-ITS2) Sequences of rDNA
Next Article in Special Issue

Can a Single Amphibian Species Be a Good Biodiversity Indicator?
Previous Article in Journal / Special Issue

Amphibian Declines Are Not Uniquely High amongst the Vertebrates: Trend Determination and the British Perspective

Although amphibians have experienced major global declines and an increasing extinction rate, recent results indicate that they are not as uniquely disadvantaged as previously supposed. Acquisition of robust data is evidently crucial to the determination of both absolute and relative rates of biodiversity declines, and thus in prioritising conservation actions. In Britain there is arguably a longer history of recording, and attempting to conserve, a wide range of species groups than anywhere else in the world. This stems from the early activities of Victorian naturalists in the nineteenth century, the establishment of natural history societies and, since the mid-twentieth century, a range of national recording schemes and organisations actively involved in conservation. In this review we summarise comparative evidence for British amphibians and reptiles concerning historical abundance, population trends and their causes, and outline how they relate to the situation elsewhere in Europe (and possibly the World). We discuss possible reasons why the plight of ectothermic vertebrates (fish, amphibians and reptiles) seems generally worse than that of endotherms (birds and mammals), as well as research priorities and factors likely to impact amphibians and reptile conservation in future. View Full-Text
Keywords: amphibian; reptile; declines; global; Britain amphibian; reptile; declines; global; Britain
►▼ Show Figures 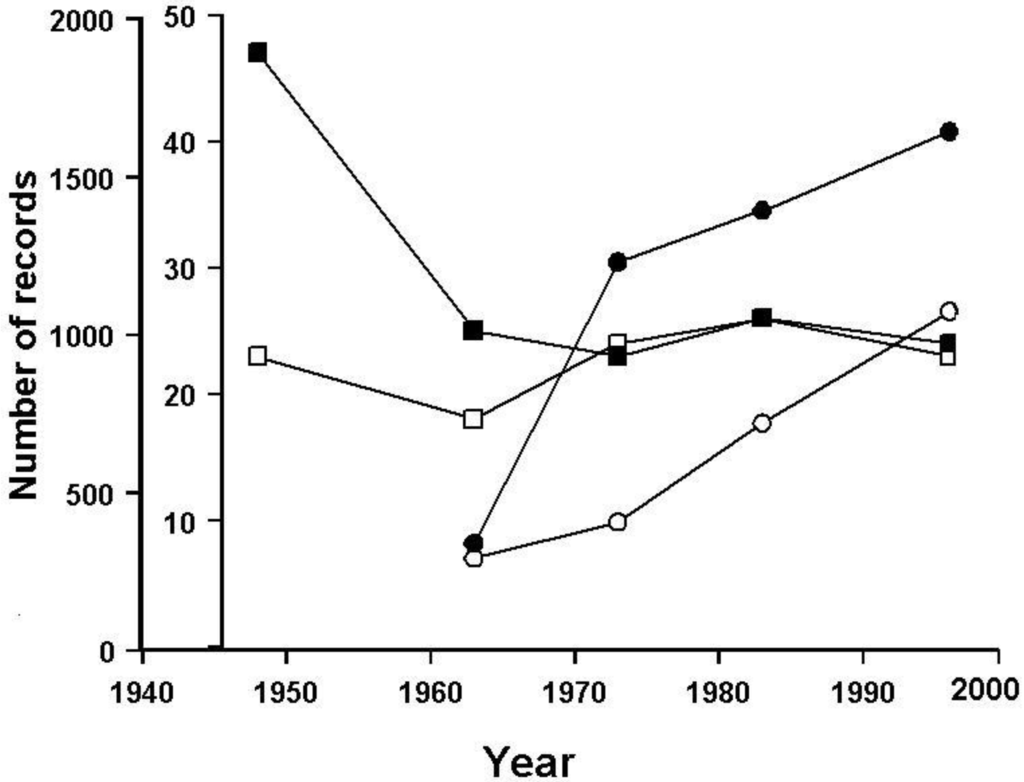