Density Functionals of Chemical Bonding
Next Article in Special Issue

Tea is one of the most popular beverages consumed worldwide. Epidemiologic studies show an inverse relationship between consumption of tea, especially green tea, and development of cancers. Numerous in vivo and in vitro studies indicate strong chemopreventive effects for green tea and its constituents against cancers of various organs. (–)-Epigallocatechin-3-gallate (EGCG), the major catechin in green tea, appears to be the most biologically active constituent in tea with respect to inhibiting cell proliferation and inducing apoptosis in cancer cells. Recent studies indicate that the receptor tyrosine kinases (RTKs) are one of the critical targets of EGCG to inhibit cancer cell growth. EGCG inhibits the activation of EGFR (erbB1), HER2 (neu/erbB2) and also HER3 (neu/erbB3), which belong to subclass I of the RTK superfamily, in various types of human cancer cells. The activation of IGF-1 and VEGF receptors, the other members of RTK family, is also inhibited by EGCG. In addition, EGCG alters membrane lipid organization and thus inhibits the dimerization and activation of EGFR. Therefore, EGCG inhibits the Ras/MAPK and PI3K/Akt signaling pathways, which are RTK-related cell signaling pathways, as well as the activation of AP-1 and NF-κB, thereby modulating the expression of target genes which are associated with induction of apoptosis and cell cycle arrest in cancer cells. These findings are significant because abnormalities in the expression and function of RTKs and their downstream effectors play a critical role in the development of several types of human malignancies. In this paper we review evidence indicating that EGCG exerts anticancer effects, at least in part, through inhibition of activation of the specific RTKs and conclude that targeting RTKs and related signaling pathway by tea catechins might be a promising strategy for the prevention of human cancers. View Full-Text
Keywords: Tea catechins; EGCG; cell signaling pathway; RTK. Tea catechins; EGCG; cell signaling pathway; RTK.
►▼ Show Figures 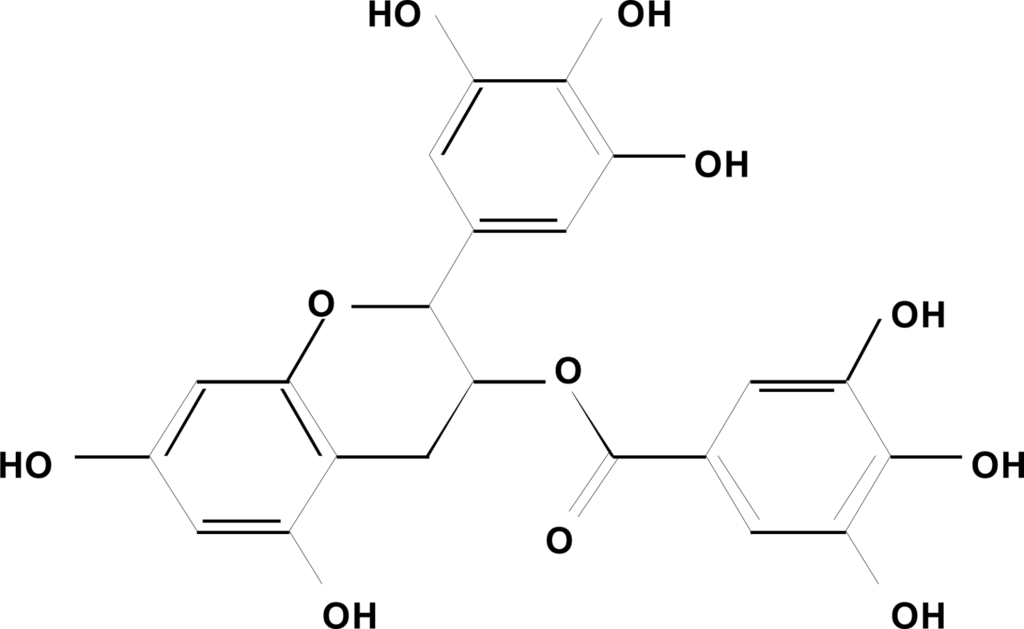