On Top of the Alveolar Epithelium: Surfactant and the Glycocalyx
Previous Article in Special Issue

Insights into the Regulatory Role of m6A Epitranscriptome in Glioblastoma

Central nervous system tumors are a significant problem for modern medicine because of their location. The explanation of the importance of microRNA (miRNA) in the development of cancerous changes plays an important role in this respect. The first papers describing the presence of miRNA were published in the 1990s. The role of miRNA has been pointed out in many medical conditions such as kidney disease, diabetes, neurodegenerative disorder, arthritis and cancer. There are several miRNAs responsible for invasiveness, apoptosis, resistance to treatment, angiogenesis, proliferation and immunology, and many others. The research conducted in recent years analyzing this group of tumors has shown the important role of miRNA in the course of gliomagenesis. These particles seem to participate in many stages of the development of cancer processes, such as proliferation, angiogenesis, regulation of apoptosis or cell resistance to cytostatics. View Full-Text
Keywords: glioblastoma multiforme; miRNA; RNA; glioma; high grade glioma; pediatric population; children glioblastoma multiforme; miRNA; RNA; glioma; high grade glioma; pediatric population; children
►▼ Show Figures 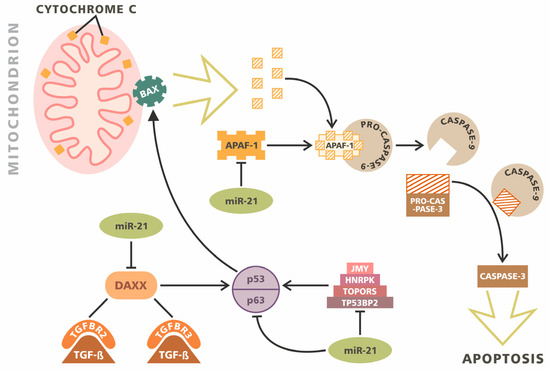