Musashi-1: An Example of How Polyalanine Tracts Contribute to Self-Association in the Intrinsically Disordered Regions of RNA-Binding Proteins
Previous Article in Journal

Under some conditions, nuclear factor-κB (NF-κB) has a pro-apoptotic role, but the mechanisms underlying this function remain unclear. This study demonstrated that NF-κB directly binds to CASP9 and miR1276 in tumor necrosis factor α (TNFα)-treated HeLa and HepG2 cells. NF-κB upregulated CASP9 expression, whereas downregulated miR1276 expression in the TNFα-treated cells. The miR1276 repressed CASP9 expression in both cells. As a result, a typical NF-κB-mediated coherent feed-forward loop was formed in the TNFα-treated cells. It was proposed that the NF-κB-mediated loop may contribute to cell apoptosis under certain conditions. This opinion was supported by the following evidence: TNFα promoted the apoptosis of HeLa and HepG2 cells induced by doxorubicin (DOX). CASP9 was significantly upregulated and activated by TNFα in the DOX-induced cells. Moreover, a known inhibitor of CASP9 activation significantly repressed the TNFα promotion of apoptosis induced by DOX. These findings indicate that CASP9 is a new mediator of the NF-κB pro-apoptotic pathway, at least in such conditions. This study therefore provides new insights into the pro-apoptotic role of NF-κB. The results also shed new light on the molecular mechanism underlying TNFα-promotion of cancer cells apoptosis induced by some anticancer drugs such as DOX. View Full-Text
Keywords: NF-κB; miR1276; CASP9; apoptosis NF-κB; miR1276; CASP9; apoptosis
►▼ Show Figures 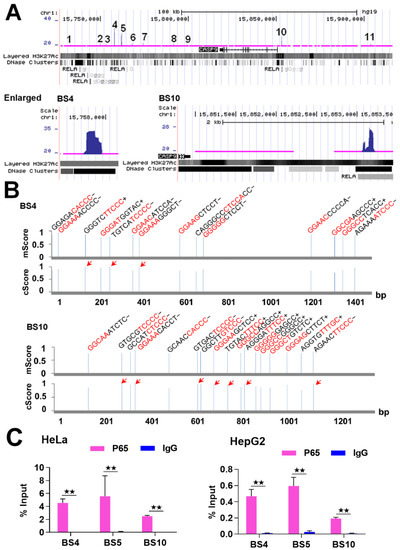