Can Plasma Rich in Growth Factors Be Safe for Parental Use? A Safety Study in the Canine Model

Wound healing is a complex biological process that occurs upon tissue damage. Most of our current knowledge of the fundamental cellular and molecular processes underlying wound healing is derived from animal models. However, although in vivo studies enable the investigation of entire biological processes, they do not allow dissecting these processes into individual aspects. On the other hand, in vitro models allow for a close view on individual factors; nonetheless, these are investigated under isolated conditions. Thus, more complex interactions are often not taken into account [1].
The incomplete understanding of the underlying mechanisms of wound healing under normal and pathological conditions impairs the development of successful approaches for the treatment of nonhealing wounds, reduction of scar formation, and foreign body reaction against biomaterials [2,3].
One fundamental process during wound healing and histo-integration of a biomaterial is the neovascularization [4]. Already during the inflammatory stage, many pro-angiogenic factors are produced [5]. Upon initiation of the proliferation phase, endothelial cells proliferate and migrate into the wound bed and a new vasculature is formed. The vascular bed exceeds the capillary density of normal tissue many fold. During the remodeling phase, many endothelial cells undergo apoptosis and the newly formed vessels regress [6]. Interestingly, the extent of vascularization and the outcome of the wound healing process are believed to be decided at early stage and orchestrated by macrophages [7].
Macrophages are highly heterogeneous and have the ability to polarize towards any phenotype in a wide spectrum with the two extrema M1 and M2 [8]. M1 macrophages are strongly pro-inflammatory and are present at an early stage of wound healing; M2 macrophages can be immune-modulatory and are often referred to as “wound healing” macrophages. They accumulate towards the end of the inflammatory phase and thereby induce the onset of the proliferation phase. It is currently assumed that various macrophage phenotypes orchestrate tissue regeneration and are thus responsible for nonhealing chronic wound, scar formation, and the foreign body response [9,10].
Current in vivo studies had conflicting observations on the role of M1 and M2 macrophages during wound healing. Some studies claim M2 macrophages to be the main promoters of angiogenesis [11,12], whereas M1 macrophages are inhibiting the formation of new blood vessels [11] or have no effect on angiogenesis [12]. Some studies even observed M1 macrophages to be the main driver of endothelial sprouting in vivo [13]. This clearly indicates that in vivo models are not able to sufficiently dissect the different roles of macrophage phenotypes in angiogenesis.
In order to deepen the current understanding on angiogenesis during wound healing, we developed a wound healing model that allows studying angiogenesis in the inflammatory and proliferation phase in vitro. A readily available human monocytic cell line (THP-1) was chosen to generate various macrophage phenotypes. Utilization of a cell line ensured a decreased variability, as we experienced with monocytes from different donors [14]. Sprouting endothelial cells and pericytes were exposed to polarized M1 and/or M2 macrophages in vitro and thus to a microenvironment comparable to the inflammatory or proliferation phase, respectively.

Endothelial sprouting is an early stage of angiogenesis, during which endothelial cells secrete proteases that degrade the surrounding extracellular matrix (ECM). This process enables proliferation and migration of endothelial cells towards an angiogenic stimulus forming solid endothelial sprouts. To emulate this process in vitro, endothelial cells were seeded as cell spheroids into a collagen I gel and induced to sprout. As a result, defined sprouts grew into the surrounding matrix and could be quantified. As pericytes are understood to play an important role during angiogenesis [15,16], they too were optionally incorporated into the spheroid at a ratio 1:15 (Pericyte:endothelial cell). The optimal seeding ratio was determined earlier [17].
Sprouting endothelial cells were exposed to different macrophage phenotypes in order to provide a microenvironment comparable to that during the inflammatory and proliferation phase of wound healing.
For this purpose, a human monocytic cell line (THP-1) was differentiated into macrophages and then polarized towards M1 and M2 for 18 h using standard protocols (Figure 1A), after which the polarization medium (M1 pol. and M2 pol.) was collected. To confirm a persisting polarized macrophage phenotype, fresh media (lacking polarization agents) was placed into cultures of polarized macrophages after 18 h to allow subsequent analysis of conditioned media (M1 cond. and M2 cond.). Polarization (M1 pol. and M2 pol.) and conditioned media (M1 cond. and M2 cond.) were analyzed for the presence of TNFα and IL-10 by ELISA (Figure 1B,C) to confirm the anticipated macrophage phenotype.
As expected, M1 polarized macrophages secreted high levels of pro-inflammatory cytokine TNFα and moderate levels of immune modulatory IL-10 into the polarization media (Figure 1B). Surprisingly, the high levels of TNFα could not be detected in the conditioned media of these M1. Thus, TNFα was secreted in an early burst upon polarization and most of the TNFα accumulated in the polarization media and not in the conditioned media. In contrast, M2 polarized macrophages had no detectable levels of TNFα and secreted continuously IL-10.
Since cells resembling true M1 macrophages, thus secreting pro-inflammatory cytokines during the functional assay, needed to be utilized, the polarization protocol was adapted. Macrophages were polarized for 2.5 h only, after which the to-be-conditioned media was added to the cultures (Figure 1C). As a result, TNFα continued to be released upon media change and could now be detected in the polarization and conditioned media of M1 macrophages. The highest levels of IL-10 could be detected in conditioned media of M2 macrophages.
Hence, it was decided to polarize macrophages for 2.5 h and then suspend the polarized macrophages into the collagen I gel of the spheroid sprouting assay (Figure 2 and Figure 3).
Endothelial cells sprouted in all conditions. As reported previously [17], the presence of pericytes within endothelial cell spheroids drastically reduced endothelial sprouting and maintained spheroids with a cell-dense core (Figure 2, controls). Pericytes were located in the cell-dense cores and at formed endothelial sprouts (Figure 2). Macrophages suspended into the collagen I hydrogels appeared evenly distributed in the hydrogels as small round cells (Figure 2, also indicated by white arrows). Suspension of pro-inflammatory M1 macrophages around seeded spheroids did not enhance endothelial sprouting (Figure 2 and Figure 3); however, it induced cell detachment and single-cell migration of endothelial cells and pericytes (Figure 2(M1)). In contrast, presence of M2 macrophages significantly enhanced endothelial sprouting. These endothelial cells formed a network of loose cords and sprouts in the absence of pericytes. However, also in the presence of pericytes continuous, smooth sprouts were formed (Figure 2(M2) and Figure 3).
Macrophages were reported to mediate their effects in a paracrine manner [18]. Therefore, the conditioned media was analyzed for its secretome. An angiogenesis proteome array allowed for a semiquantitative screening of growth factors known to play a significant role during angiogenesis (Figure 4A–E).
Of 46 secreted factors analyzed, 21 (45.7%) were identified to be secreted by M2 and/or M1 and their signal intensities were plotted in a graph (Figure 4A,B, full data available in Supplementary Annex 1). Interestingly both macrophage phenotypes shared a strong pro-angiogenic secretion profile including factors such as bFGF, VEGF and various proteases with some anti-angiogenic factors (IGFBP-3, PEDF, TIMP-1, thrombospondin-1) to modulate the angiogenic stimulus (Figure 4B,C). We did not detect any factor secreted by M2 macrophages that was not present in M1-conditioned media (Figure 4C). However, we detected several factors that were solely (IL-1β, MCP-1, and MIP-1α) or predominantly (Pentraxin 3,10-fold) secreted by M1 macrophages (Figure 4A,B,D).
As it was shown that sphingolipids such as sphingosine-1-phosphate have an immense effect on angiogenesis [19], we also conducted a sphingolipidomics analysis of six sphingolipid classes, namely, ceramide (Cer), ceramide-1-phosphate (C1P), lactosylceramide (LacCer), monohexosylceramide (MHexCer), sphingomyelin (SM), and sphingosine-1-phosphate (S1P) on the conditioned media of M1 and M2 macrophages. To identify sphingolipids associated with macrophage polarization, we defined a M2/M1 ratio as > 2 or < 0.5 with a p < 0.05 as significantly different. Of the 88 sphingolipids analyzed, 55 were detected and 6 (10.9%) reached significance. There was increased secretion of C1P d18:1/22:1, MHexCer d18:0/16:0, MHexCer d18:1/16:0, and MHexCer d18:1/24:0 in M2 and an increased secretion of Cer d18:1/20:1 and S1P in M1 (Figure 4E).

The here-described functional in vitro assay enabled us to study complex angiogenic processes during wound healing. The current results point to acute inflammatory factors as key inducers of vascular cell infiltration and thus regulators of capillary density in the wound bed and key negative regulators of the onset of angiogenesis. They represent promising targets for new approaches to influence angiogenesis during normal and pathological wound healing. The established assay is robust and represents a promising screening platform for new compounds as well as biomaterials.

This research was supported by the National Research Foundation (NRF), Prime Minister’s Office, Singapore, under its CREATE programme, Singapore MIT Alliance for Research and Technology (SMART) BioSystems and Micromechanics (BioSyM) IRG and the funding associated to the SMART Scholars fellowship of SB. A.B. acknowledges the funding received from the Chinese University of Hong Kong (CUHK) that supported this work. Part of this work was supported by National Medicine Research Council (NMRC/CG/M003/2017) to Y.H.L. 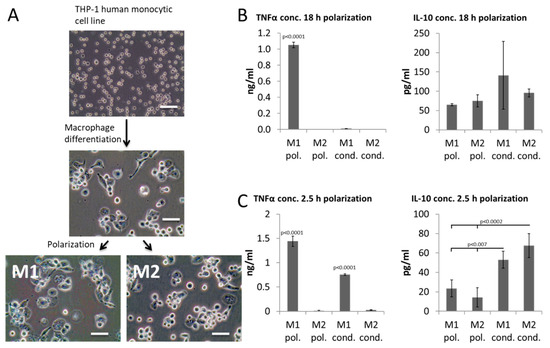 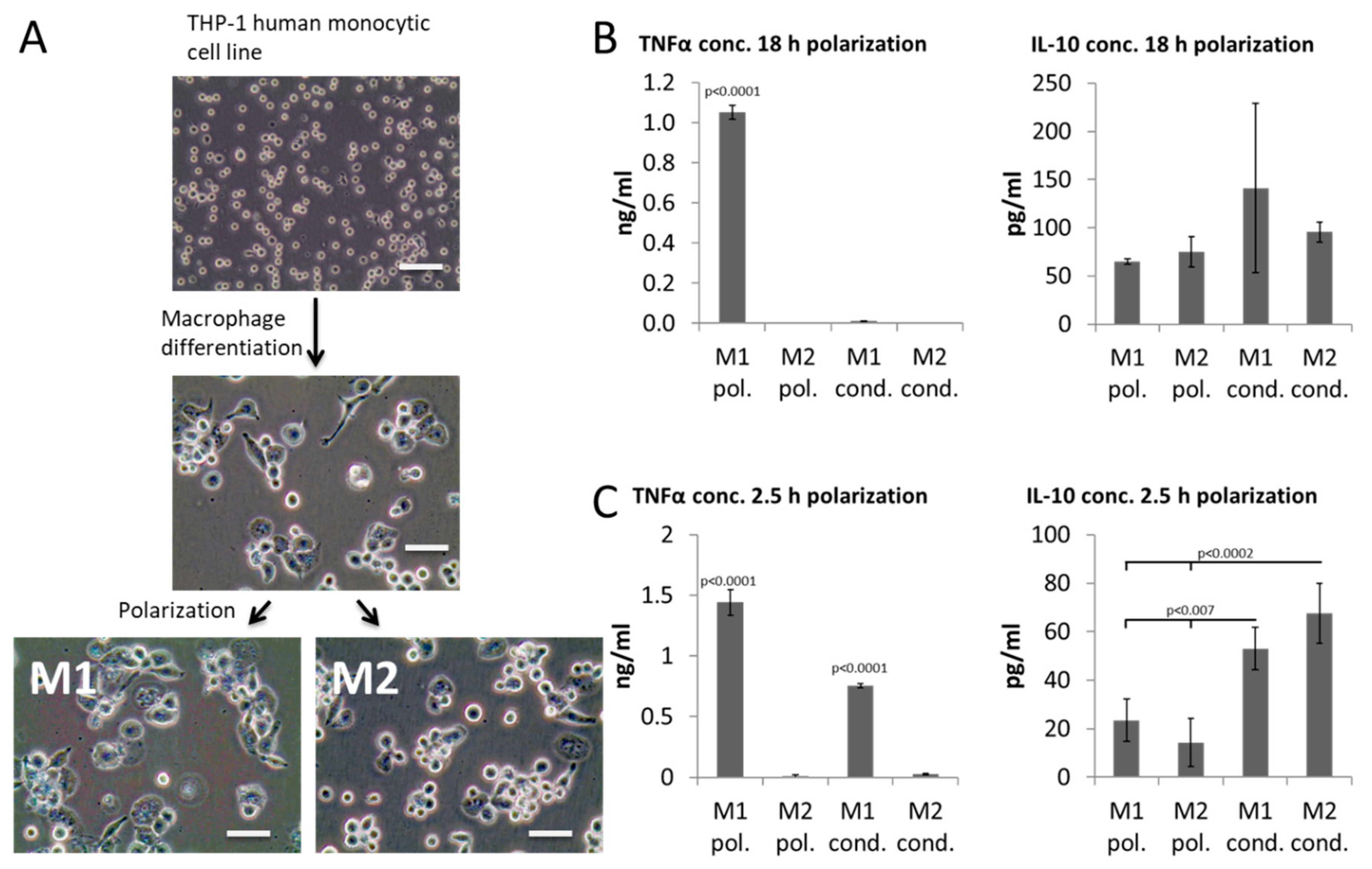 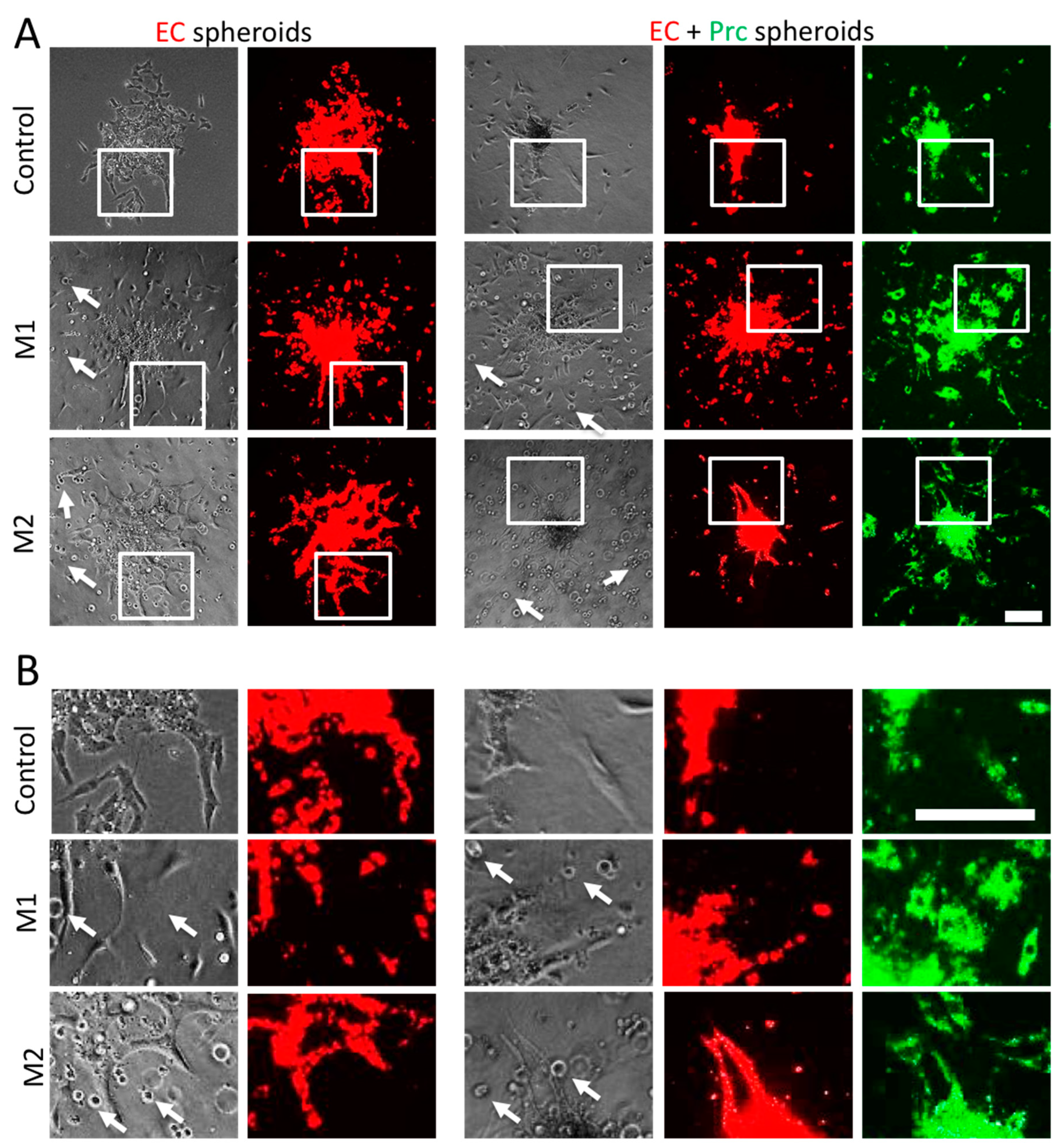 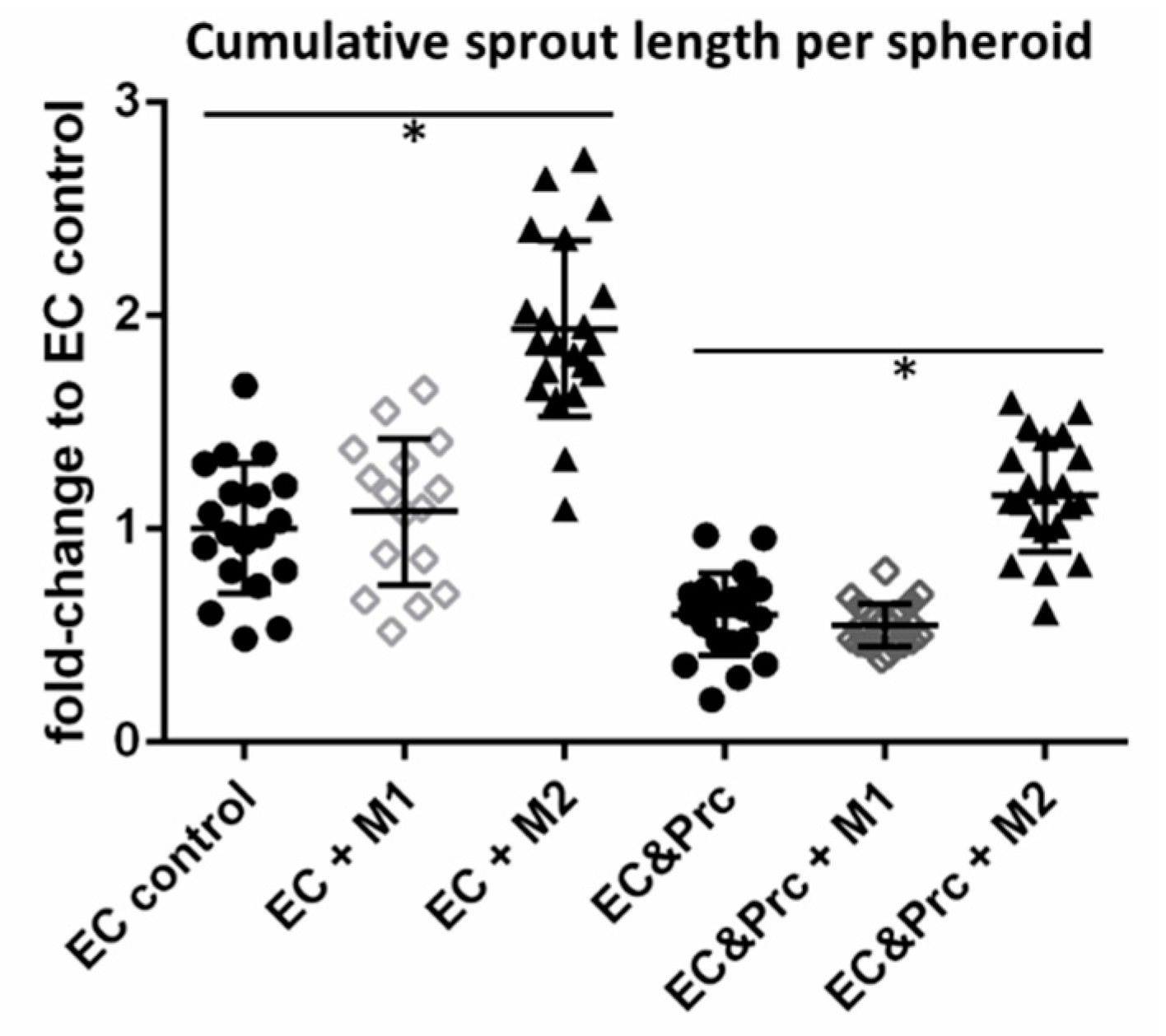 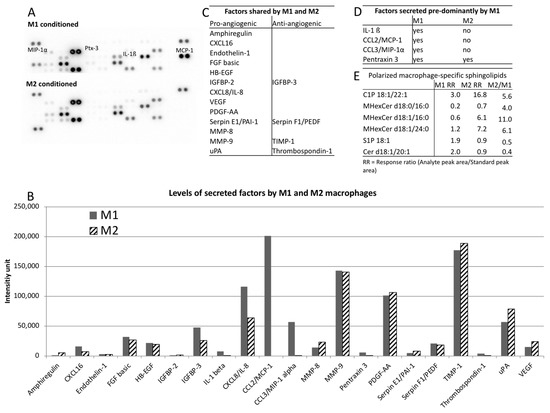 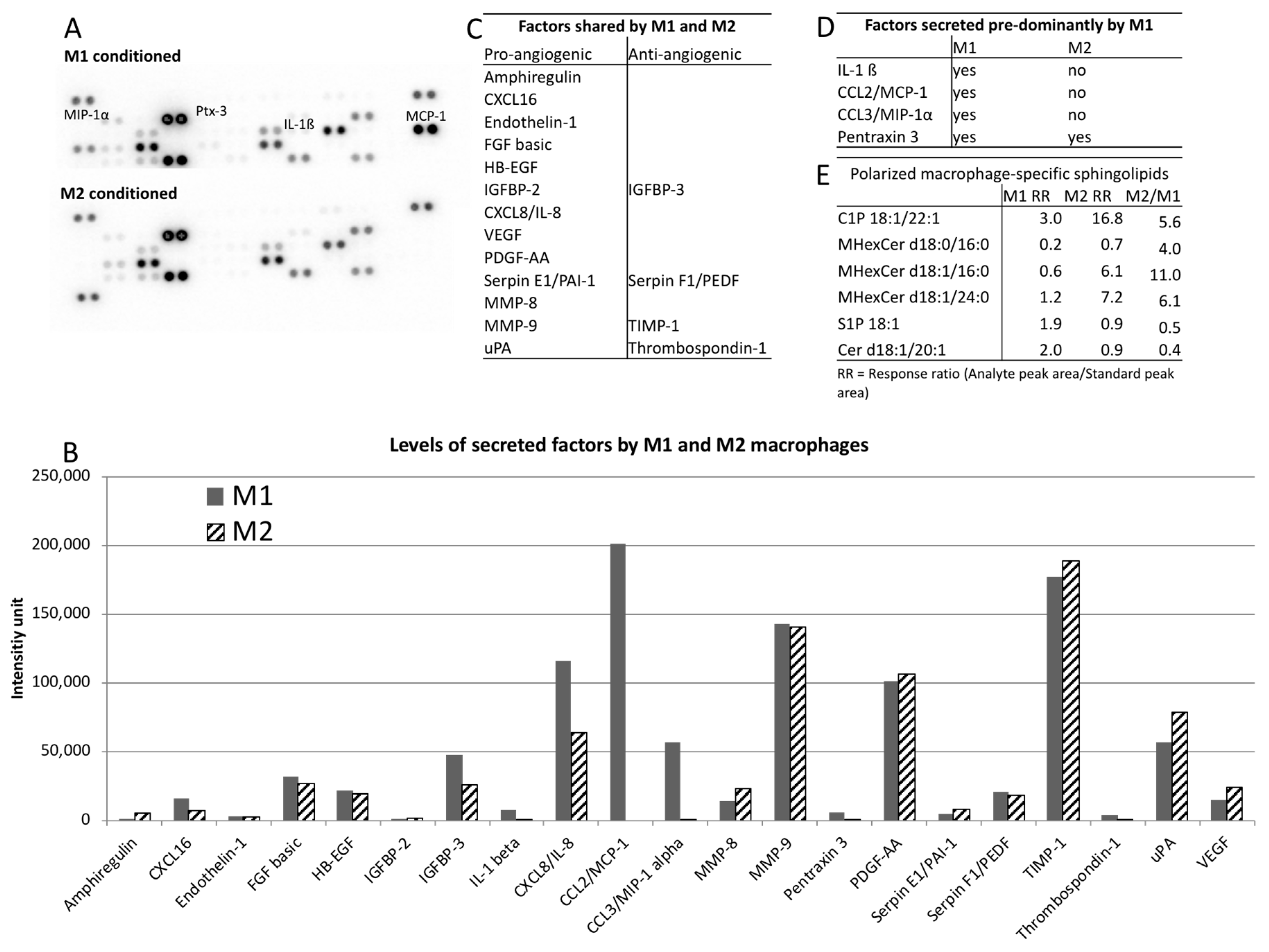