Correlation between Gene Expression and Osteoarthritis Progression in Human

Osteoarthritis (OA) is a multifactorial disease characterized by gradual degradation of joint cartilage. This study aimed to quantify major pathogenetic factors during OA progression in human cartilage. Cartilage specimens were isolated from OA patients and scored 0–5 according to the Osteoarthritis Research Society International (OARSI) guidelines. Protein and gene expressions were measured by immunohistochemistry and qPCR, respectively. Terminal deoxynucleotidyl transferase dUTP nick end labeling (TUNEL) assays were used to detect apoptotic cells. Cartilage degeneration in OA is a gradual progress accompanied with gradual loss of collagen type II and a gradual decrease in mRNA expression of SOX9, ACAN and COL2A1. Expression of WNT antagonists DKK1 and FRZB was lost, while hypertrophic markers (RUNX2, COL10A1 and IHH) increased during OA progression. Moreover, DKK1 and FRZB negatively correlated with OA grading, while RUNX2 and IHH showed a significantly positive correlation with OA grading. The number of apoptotic cells was increased with the severity of OA. Taken together, our results suggested that genetic profiling of the gene expression could be used as markers for staging OA at the molecular level. This helps to understand the molecular pathology of OA and may lead to the development of therapies based on OA stage. View Full-Text
Keywords: osteoarthritis; OARSI grading; gene expression; cartilage degeneration; hypertrophy osteoarthritis; OARSI grading; gene expression; cartilage degeneration; hypertrophy
►▼ Show Figures 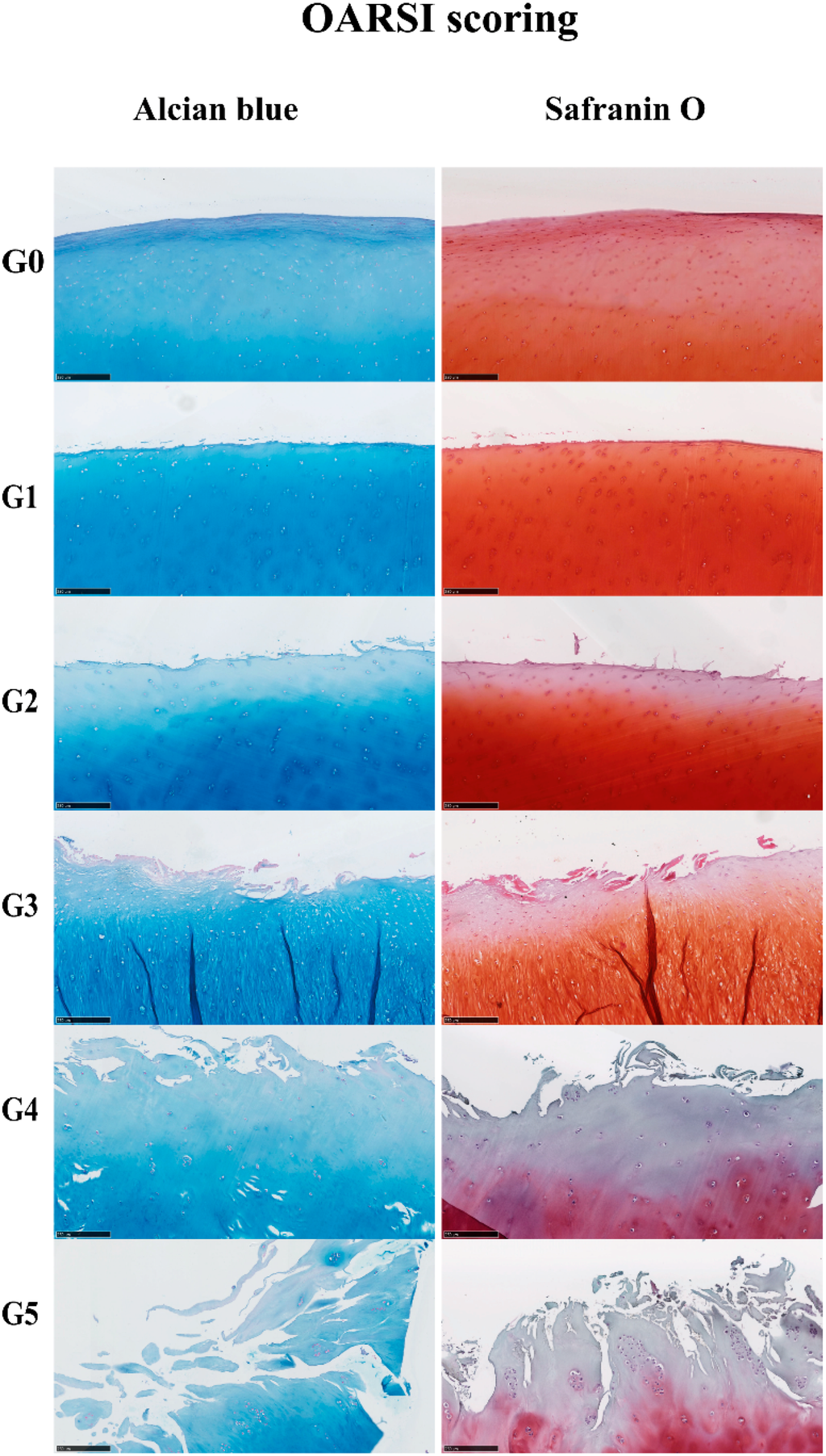