The Effect of Hydrofluoric Acid Etching Duration on the Surface Micromorphology, Roughness, and Wettability of Dental Ceramics

There has been a rapid growth in the interest and adaptation of saliva as a diagnostic specimen over the last decade, and in the last few years in particular, there have been major developments involving the application of saliva as a clinically relevant specimen. Saliva provides a “window” into the oral and systemic health of an individual, and like other bodily fluids, saliva can be analyzed and studied to diagnose diseases. With the advent of new, more sensitive technologies to detect smaller concentrations of analytes in saliva relative to blood levels, there have been a number of critical developments in the field that we will describe. In particular, recent advances in standardized saliva collection devices that were not available three to four years ago, have made it easy for safe, simple, and non-invasive collection of samples to be carried out from patients. With the availability of these new technologies, we believe that in the next decade salivary proteomics will make it possible to predict and diagnose oral as well as systemic diseases, cancer, and infectious diseases, among others. The aim of this article is to review recent developments and advances in the area of saliva specimen collection devices and applications that will advance the field of proteomics.
Keywords: omics; salivaomics; proteomics; salivary biomarkers; saliva collection devices omics; salivaomics; proteomics; salivary biomarkers; saliva collection devices

The presence of nucleic acids (DNA, RNA), proteins, peptides, and other components in human bodily fluids makes them ideal media for disease diagnosis. Indeed, in the clinical environment bodily fluids such as blood, urine, cerebrospinal fluid (CSF), peritoneal fluid, vomit, sweat, tears, breast milk, semen, vaginal fluids, and drainage fluids are used in a significant proportion of tests available in the in vitro diagnostic marketplace [1]. The differing compositions in each bodily fluid requires that “fluid-specific” devices need to be applied for specimen collection and analysis [2].
“Omics” is a broad collection of technologies used to explore the biochemistry, role, relationship, and the action of various types of molecules that make up the cells of organisms and the term includes genomics (the study of genes), transcriptomics (the study of mRNA within cells or organisms), metabolomics (the study of global metabolite profiles in a system under a given set of conditions), and proteomics (the study of proteins) [3]. The basic aim of these technologies is to understand complex physiological processes in normal healthy individuals and diseased patients. The term “Salivaomics” was first introduced in 2008, on the basis of the discovery of specific biomolecules appearing in the saliva. These included DNA, mRNA, microRNA, proteins, metabolites, and oral microbiota extractions [4]. This pioneering work was based on the extraction of DNA from preoperative/postoperative saliva and soft tissue samples taken from patients with oral squamous cell carcinoma in comparison to salivary DNA extracts taken from healthy subjects, used as a control group. This particular study highlighted marked differences in DNA-methylation patterns between the samples [5]. Li et al. used microarray technology to identify RNA profiling in saliva and opened up the window for the compilation of a reference database for diagnostic applications using the salivary transcriptome [6].
A number of salivary transcriptomic biomarkers have been identified that appear to be up- or down-regulated in human malignancies (ovarian cancer, lung cancer, and oral squamous cell carcinoma) and these are related to various biochemical processes, which includes growth regulation by estrogen in breast cancer 1, brain acid-soluble protein 2, β-2-microglobulin, immediate early response 3, IL1B, IL-1β, IL-8, S100 calcium binding protein-P, spermidine/spermine N1 acetyltransferase-1, epidermal growth factor receptor, cyclin 1, fibroblast growth factor 19, and fibroblast growth factor substrate 2 [7,8,9].
Wang et al. used ultra-performance liquid chromatography (UPLC) mass spectrometry in a hydrophilic interaction chromatography (HILIC) mode—and identified choline, betaine, pipecolinic acid, l-carnitine, l-leucine, and l-phenylalanine in saliva using a metabolomics approach, and from this study the authors were able to report a novel metabolite biomarker for the early diagnosis of squamous cell carcinoma [10,11]. Overall, with the aid of proteomic approaches researchers have been able to identify over 1000 salivary protein biomarkers including secretory immunoglobulin A, lactoperoxidase, statherin, proline-rich glycoprotein, truncated cystatin S, cystatins, lysozyme, and histatin-5, among others [12,13,14,15,16,17].
With new advancements in the proteomic sciences, including mass spectrometric techniques that detect low levels of analytes in sample matrices, it has become significantly easier to analyze human salivary proteins and peptides [18]. Human saliva is an ultra-filtrate of blood and represents the physiology of the whole human body through its composition (DNA, RNA, proteins, metabolites, and microbes) [19]. Human saliva also aids in a number of other bodily functions including food tasting, swallowing, digestion, oral protection, oral defense, and maintenance of tissues, but over the last 10 years, the increased application of saliva as a medium for disease diagnosis has become much more evident [20].
The aim of this review is to highlight the growing importance of human saliva as a diagnostic medium, the availability of new and standardized tools for saliva specimen, and general protocols for saliva sampling, storage, and processing, which have changed significantly since the last reviews on this subject. For a more detailed overview of salivary diagnostics, potential applications, and tools, the reader is referred to several excellent reviews on this subject [21,22,23,24,25].

Human whole mouth fluid (WMF) is a broad term which includes saliva, gingival crevicular fluids (GCF), oral mucosal transudate, mucus from the nasal cavity and the pharynx, as well as products resulting from bacterial metabolism, food debris, and desquamated epithelial cells [26]. This critical bio-fluid not only provides lubrication, protection, oral defense, and aids in speech, but it has also been recognized as one of the most important bodily fluids for the diagnosis of diseases, both oral and systemic. It is important at this point to highlight the basic differences between several terms, particularly whole mouth fluid (WMF), saliva, and gingival crevicular fluid (GCF). Whole mouth fluid (WMF) is a term used interchangeably with “saliva”, (including whole mouth saliva [WMS] used in this manuscript) and is used in the forensic sciences and toxicology [27].
Saliva is secreted by three pairs of major salivary glands (the parotid, submandibular, and sublingual glands) and also receives contributions from 300 to 400 minor salivary glands present in the oral cavity [28]. Biochemical analysis of human saliva reveals that it is composed of inorganic constituents (sodium, potassium, calcium, magnesium, chloride, and phosphate), and organic constituents (proteins and non-proteic components) [29]. The protein components of human saliva include amylase, mucins, lysozyme, IgA, lactoferrin, proline-rich proteins, histatins, cathelicidins, defensins, glycoproteins, lipoproteins, statherin, and matrix metalloproteases [14,30]. The non-proteic components include bilirubin, creatinine, glucose, and uric acids [31]. As mentioned earlier, over the last two decades, human saliva has been increasingly used as a biofluid for the diagnosis and prognosis of oral diseases, and systemic diseases including auto-immune diseases, human immunodeficiency virus (HIV), cancer, and others [32]. In the recent outbreak of the Zika virus, researchers were able to readily detect Zika virus (ZIKV) RNA in the saliva of patients in the acute stage of the disease [33]. This followed on from previous studies in French Polynesia that reported the presence of ZIKV in the saliva of a mother and her infant [34].
There are many properties of human saliva that attract clinicians or researchers to adopt the use of saliva specimens and reinforce the use of this non-invasive fluid in diagnostic algorithms. Some of these are highlighted below:
Some of the important properties of saliva are further illustrated below in Figure 1.
Salivaomics is the study of salivary “omics” methodologies including the genome, the epigenome, the transcriptome, the proteome, the microbiome, and the metabolome [4]. The capability to collect a sample in a non-invasive, safe, and cost effective fashion, with the benefits of higher patient comfort and compliance makes the adoption of saliva for each of these “omics” techniques an attractive proposition for all parties concerned (patients, researchers, and clinicians) [35].
Saliva contains greater than 2000 proteins and peptides and these are involved in a multitude of different biological functions in the oral cavity. It is these characterized proteins and peptides that can be analyzed to monitor or identify various pathologies in humans. In the last 20 years the ability to detect and measure proteins both qualitatively and quantitatively using novel proteomics technologies has brought about a “quiet revolution” in the detection of diseases using various protein biomarkers in saliva [36,37].
As part of the overarching goals for proteomics technologies, it is important to investigate the diverse and enabling properties of proteins. The means of achieving this goal has been achieved in part using sensitive and highly accurate analysis by high throughput techniques such as mass spectrometry (MS), gas chromatography/mass spectrometry (GC-MS), high-pressure liquid chromatography (HPLC), and two-dimensional liquid chromatography (2D-LC). A very recent addition to this list surface-enhanced laser desorption/ionization (SELDI) MS based ProteinChip technology has also moved this field forward significantly [38,39,40,41].
As part of our database searching to enable writing this manuscript, we searched the following biomedical databases: PubMed, Google Scholar, and Scopus. We searched under the keywords “salivaomics”, “proteomics”, and “salivary biomarkers” to retrieve recent publications in the area from 2005 up to the present day. As a result of the search we further considered only publications pertaining to human saliva proteomics and saliva sample collection devices.

Over the last few years, the importance of saliva has grown rapidly for both research and clinical applications. This is due to a number of advantages that saliva offers, particularly non-invasive sampling, higher patient compliance, easy, simple collection, and cost, among others. Salivary diagnostics are already available for nucleic acid testing, drugs of abuse monitoring, and general wellness testing among others, and assays are very close to market for targets in the Sjögren’s syndrome area looking at various proteins. In addition, clinical tests using mass spectrometry for steroid hormones (e.g., cortisol and testosterone) are already performed on saliva specimens in significant volumes in the large reference laboratories in the United States.
We believe that in the near future, salivary proteomics will be used synergistically for protein analysis as with other bodily fluids such as nipple aspirate, urine, blood, cerebrospinal fluid (CSF), and tears. Recent advances, particularly in the standardization of collection of specimens using saliva collection devices, have made it easy for safe, simple, and non-invasive collection of samples from patients. We believe that in the next decade salivary proteomics will become an even more valuable tool for the prediction and diagnosis of oral, as well as systemic diseases, due to the availability of highly effective saliva collection devices, adding further value to the role that salivary diagnostics plays in delivering patient-centric healthcare.

Authors are very much thankful to Oasis Diagnostics, USA for technical data support.

Paul D. Slowey is the CEO of Oasis Diagnostics ® Corporation, a manufacturer of tools for standardized saliva collection. 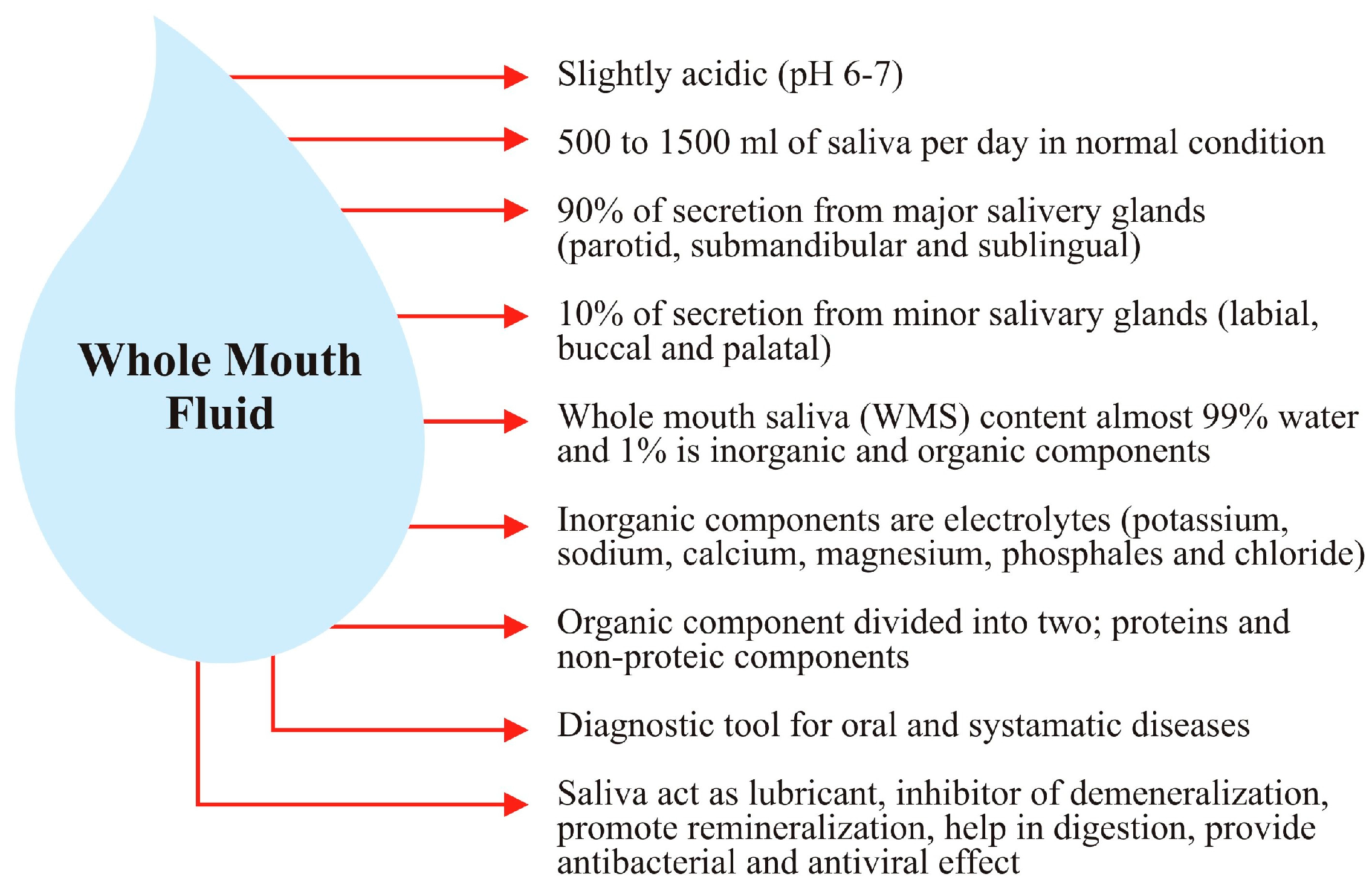 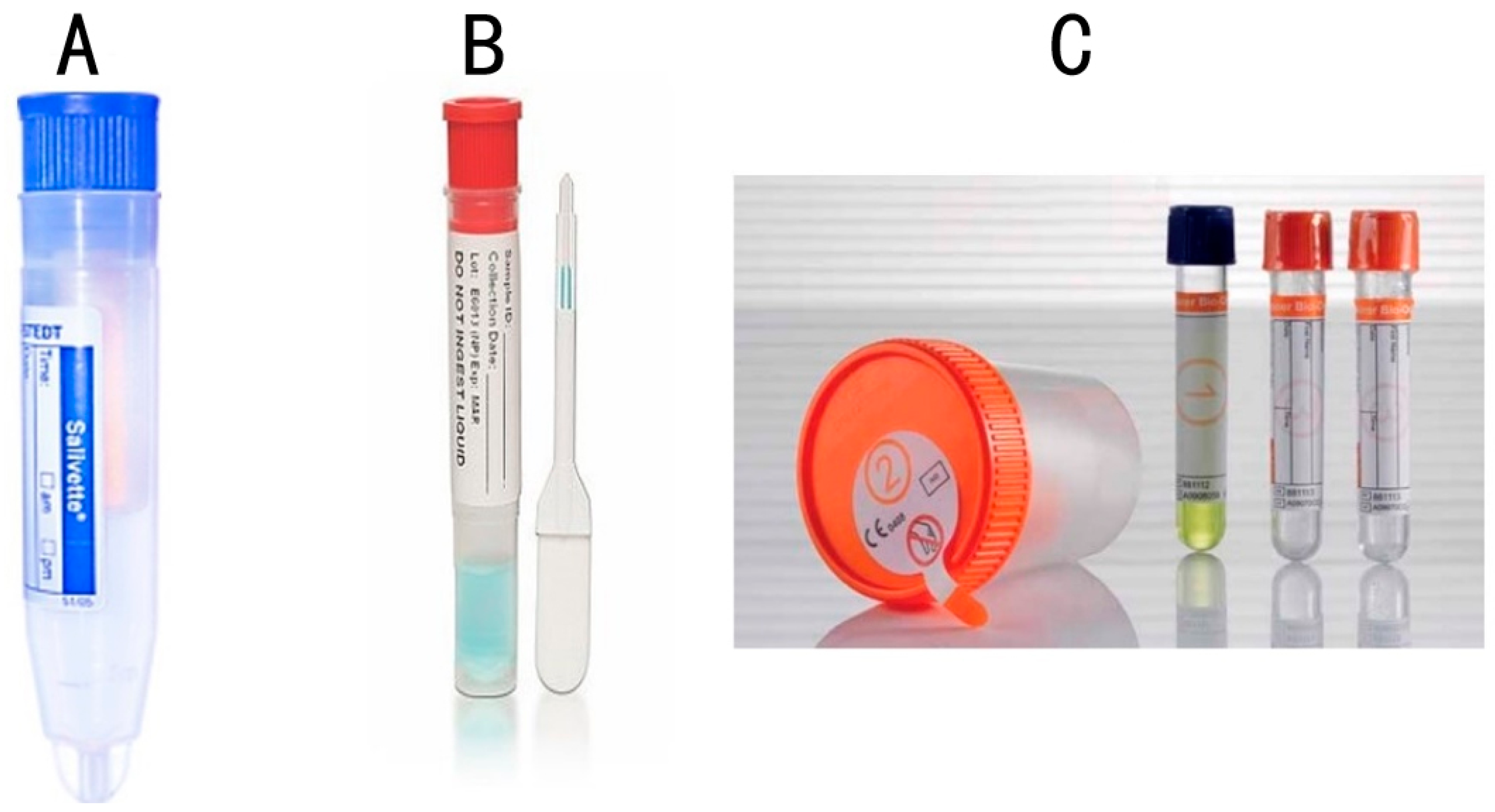