While inflammation has generally been regarded as a negative factor in stroke recovery, this viewpoint has recently been challenged by demonstrating that inflammation is a necessary and sufficient factor for regeneration in the zebrafish brain injury model. This close relationship with inflammation suggests that a re-examination of the immune system’s role in strokes is necessary. We used a systems biology approach to investigate the role of immune-related functions via their interactions with other molecular functions in early cardioembolic stroke. Based on protein interaction models and on microarray data from the blood of stroke subjects and healthy controls, networks were constructed to delineate molecular interactions at four early stages (pre-stroke, 3 h, 5 h and 24 h after stroke onset) of cardioembolic stroke. A comparative analysis of functional networks identified interactions of immune-related functions with other molecular functions, including growth factors, neuro/hormone and housekeeping functions. These provide a potential pathomechanism for early stroke pathophysiology. In addition, several potential targets of miRNA and methylation regulations were derived based on basal level changes observed in the core networks and literature. The results provide a more comprehensive understanding of stroke progression mechanisms from an immune perspective and shed light on acute stroke treatments. View Full-Text
Keywords: systems biology; cardioembolic stroke; inflammation; immune system; functional network; core network systems biology; cardioembolic stroke; inflammation; immune system; functional network; core network
►▼ Show Figures 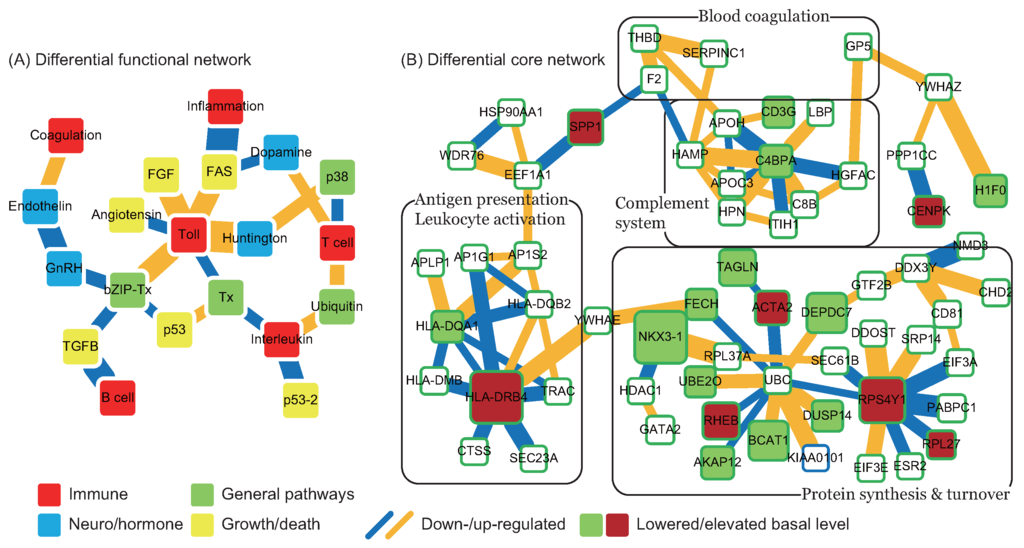