A New and Practical Synthetic Method for the Synthesis of 6-O-Methyl-scutellarein: One Metabolite of Scutellarin in Vivo
Next Article in Special Issue

Antiproliferative, Antibacterial and Antifungal Activity of the Lichen Xanthoria parietina and Its Secondary Metabolite Parietin
Previous Article in Journal

Poly-γ-glutamic acid (PGA) is one of the bioactive compounds found in cheonggukjang, a fast-fermented soybean paste widely utilized in Korean cooking. PGA is reported to have a number of beneficial health effects, and interestingly, it has been identified as a possible anti-cancer compound through its ability to promote apoptosis in cancer cells, although the precise molecular mechanisms remain unclear. Our findings demonstrate that PGA inhibits the pro-proliferative functions of the phorbol ester 12-O-tetradecanoylphorbol-13-acetate (TPA), a known chemical carcinogen in HT-29 human colorectal cancer cells. This inhibition was accompanied by hallmark apoptotic phenotypes, including DNA fragmentation and the cleavage of poly (ADP-ribose) polymerase (PARP) and caspase 3. In addition, PGA treatment reduced the expression of genes known to be overexpressed in colorectal cancer cells, including cyclooxygenase 2 (COX-2) and inducible nitric oxide synthase (iNOS). Lastly, PGA promoted activation of 5' adenosine monophosphate-activated protein (AMPK) in HT-29 cells. Taken together, our results suggest that PGA treatment enhances apoptosis in colorectal cancer cells, in part by modulating the activity of the COX-2 and AMPK signaling pathways. These anti-cancer functions of PGA make it a promising compound for future study. View Full-Text
Keywords: poly-γ-glutamic acid; HT-29 human colorectal cancer cell; apoptosis; cyclooxygenase; AMP-activated protein kinase poly-γ-glutamic acid; HT-29 human colorectal cancer cell; apoptosis; cyclooxygenase; AMP-activated protein kinase
►▼ Show Figures 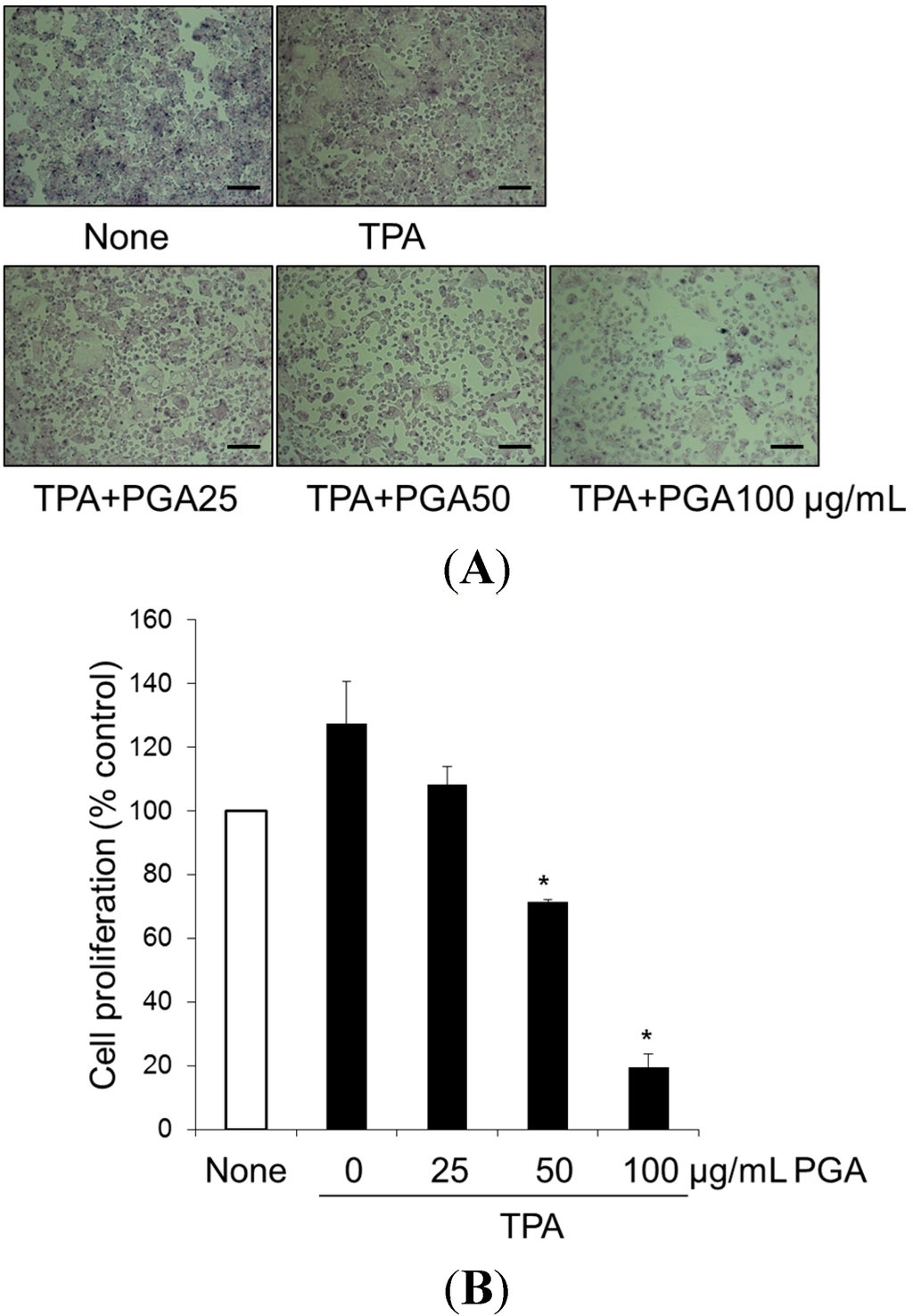