Transmembrane Signal Transduction in Oocyte Maturation and Fertilization: Focusing on Xenopus laevis as a Model Animal
Next Article in Special Issue

From End to End: tRNA Editing at 5'- and 3'-Terminal Positions

We investigated tRNA methyltransferase activities in crude cell extracts from the thermoacidophilic archaeon Thermoplasma acidophilum. We analyzed the modified nucleosides in native initiator and elongator tRNAMet, predicted the candidate genes for the tRNA methyltransferases on the basis of the tRNAMet and tRNALeu sequences, and characterized Trm5, Trm1 and Trm56 by purifying recombinant proteins. We found that the Ta0997, Ta0931, and Ta0836 genes of T. acidophilum encode Trm1, Trm56 and Trm5, respectively. Initiator tRNAMet from T. acidophilum strain HO-62 contained G+, m1I, and m22G, which were not reported previously in this tRNA, and the m2G26 and m22G26 were formed by Trm1. In the case of elongator tRNAMet, our analysis showed that the previously unidentified G modification at position 26 was a mixture of m2G and m22G, and that they were also generated by Trm1. Furthermore, purified Trm1 and Trm56 could methylate the precursor of elongator tRNAMet, which has an intron at the canonical position. However, the speed of methyl-transfer by Trm56 to the precursor RNA was considerably slower than that to the mature transcript, which suggests that Trm56 acts mainly on the transcript after the intron has been removed. Moreover, cellular arrangements of the tRNA methyltransferases in T. acidophilum are discussed. View Full-Text
Keywords: RNA modification; tRNA methyltransferase; archaea RNA modification; tRNA methyltransferase; archaea
►▼ Show Figures 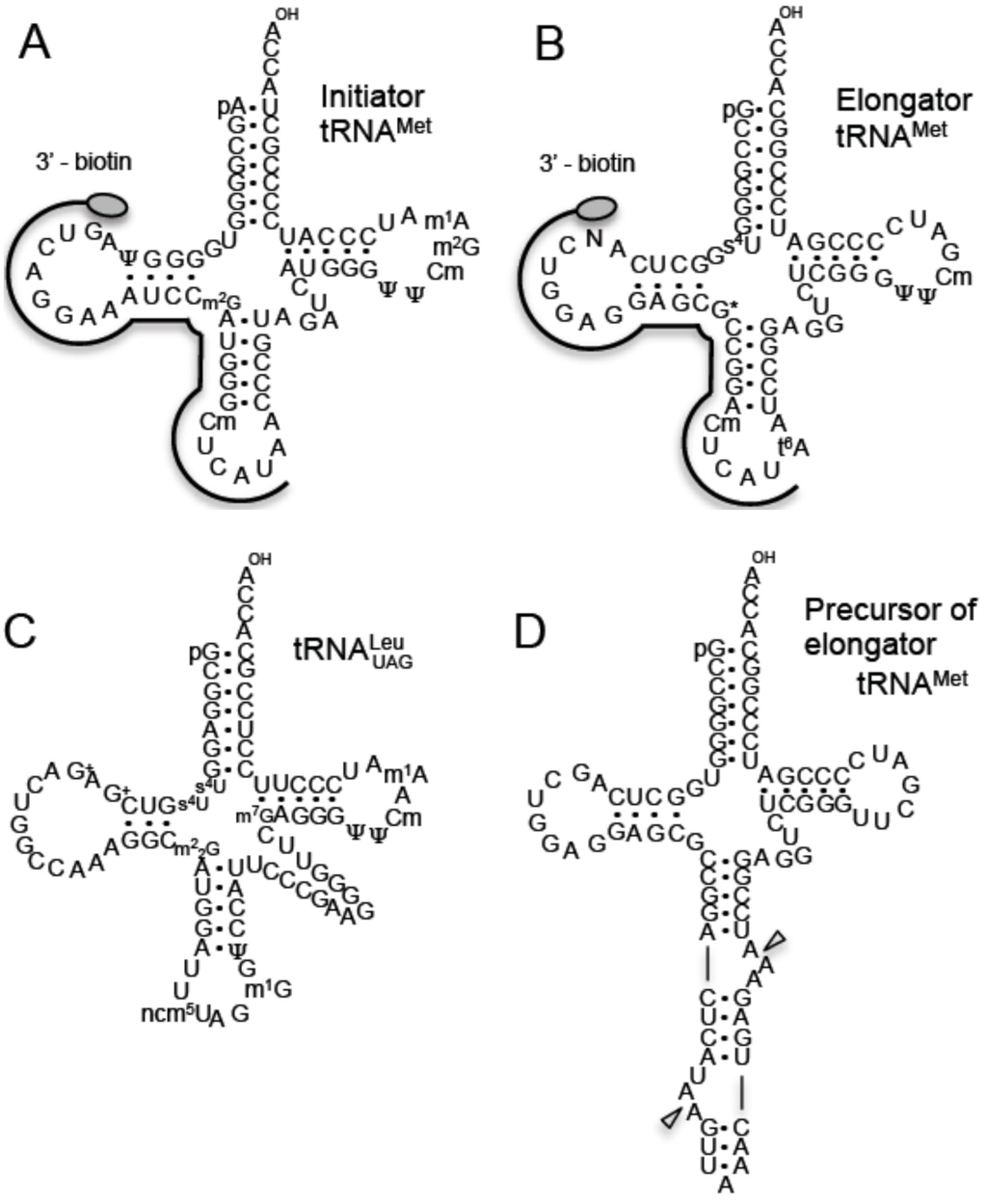