Industrial Application of Nanocelluloses in Papermaking: A Review of Challenges, Technical Solutions, and Market Perspectives

In this work, three novel magnetic metal–ceramic nanocomposites were obtained by thermally treating Fe-exchanged zeolites (either A or X) under reducing atmosphere at relatively mild temperatures (750–800 °C). The so-obtained materials were thoroughly characterized from the point of view of their physico-chemical properties and, then, used as magnetic adsorbents in the separation of the target gene factors V and RNASE and of the Staphylococcus aureus bacteria DNA from human blood. Such results were compared with those obtained by using a top ranking commercial separation system (namely, SiMAG-N-DNA by Chemicell). The results obtained by using the novel magnetic adsorbents were similar to (or even better than) those obtained by using the commercial system, both during manual and automated separations, provided that a proper protocol was adopted. Particularly, the novel magnetic adsorbents showed high sensitivity during tests performed with small volumes of blood. Finally, the feasible production of such magnetic adsorbents by an industrial process was envisaged as well. View Full-Text
Keywords: biological separations; porous metal–ceramic nanocomposites; magnetic nanoparticles; zeolite precursor; thermal treatment; adsorption biological separations; porous metal–ceramic nanocomposites; magnetic nanoparticles; zeolite precursor; thermal treatment; adsorption
►▼ Show Figures 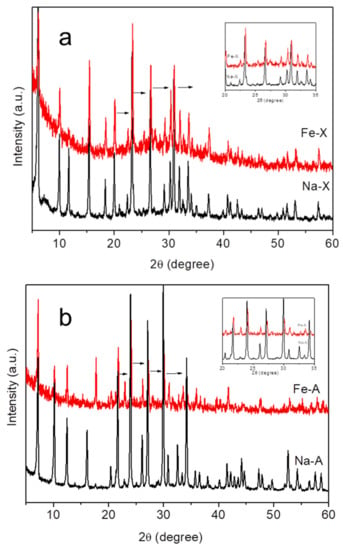