By simple soaking titanium dioxide (TiO2) films in an aqueous Na2S solution, we could prepare surface-modified photoanodes for application to dye-sensitized solar cells (DSSCs). An improvement in both the open-circuit voltage (Voc) and the fill factor (FF) was observed in the DSSC with the 5 min-soaked photoanode, compared with those of the control cell without any modification. The UV–visible absorbance spectra, UPS valence band spectra, and dark current measurements revealed that the Na2S modification led to the formation of anions on the TiO2 surface, and thereby shifted the conduction band edge of TiO2 in the negative (upward) direction, inducing an increase of 29 mV in the Voc. It was also found that the increased FF value in the surface-treated device was attributed to an elevation in the shunt resistance. View Full-Text
Keywords: sodium sulfide; dye-sensitized solar cell; conduction band edge shift; surface modification sodium sulfide; dye-sensitized solar cell; conduction band edge shift; surface modification
►▼ Show Figures 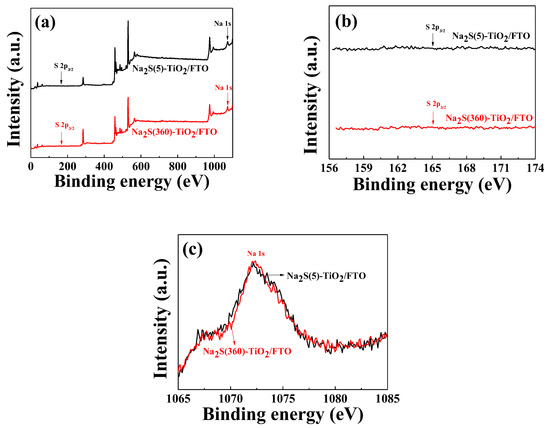