Suppose the natural convection based unsteady flow and shifting of heat for water-based nanofluid past a vertically infinite plate immersed in a porous material. Initially, the plate is static at with temperature . Later on, the plate starts an instinctive motion with velocity in its own plane at . Consequently, the temperature of the plate is enhanced or reduced to . The considered geometry in the Cartesian plane is described as that y-axis is along the flow direction and x-axis is considered parallel to the plate. Moreover, the plate is saturated in a porous medium and it is assumed to be at and flow is restricted to . As the vertical plate chosen in this work is infinitely long, temperature and velocity equations only depend on t and y. A uniform magnetic field of magnitude is acting along y-axis. The resulting magnetic field due to the flow of fluid along with the pressure gradient is neglected in contrast to the imposed magnetic field so that we consider the magnetic field as . This supposition is valid, since the magnetic Reynolds number is small enough for partially ionized fluids and metallic liquids [41]. Furthermore, to neglect the polarization effect of fluid, no external electric field is acting. It is assumed that in mass equation density is a linear function of thermal buoyancy forces. This assumption is sufficient for dropping both liquid and gases when temperature difference has small values. A radiative heat flux is also taken into account and it is considered that this heat flux in the x-direction is negligible against radiative heat flux in y-direction. A combination of base fluid water and nanoparticles named Copper (Cu) and Titanium Oxide is chosen and additionally, thermal equilibrium is assumed between these particles and base fluid water. It is also assumed that nanoparticles have a uniform size and shape. Lastly, a heat sink is also added to the considered system. The geometrical interpretation is provided in Figure 1.
In presence of all above assumptions, natural convection flow past a moving vertical plate embedded in porous medium incorporating heat sink, thermal radiation and magnetic field is presented by the given equations [42] where is the velocity of fluid along the x-direction, is the temperature of fluid during flow, is the dynamic viscosity, is the thermal expansion coefficient, is the density, is the electrical conductivity, is the thermal conductivity, g is gravitational acceleration, is the radiative heat flux, is the heat capacitance and the term with negative sign shows that a heat sink is added to system under observation.
The physical quantities and are deduced by manipulating the expressions provided by [43] where is solid volume fraction of nanoparticle, is the density of base fluid, is the density of nanoparticle, is the electrical conductivity of base fluid, is the dynamic viscosity of base fluid, is the heat capacitance of base fluid, is the heat capacitance of nanoparticle. To deal the thermal conductivity of nanofluid, model given by Hamilton and Crosser, followed by Kakac [44] and Oztop [45] is utilized as where and represent the thermal conductivity of nanoparticle and base fluid respectively.
The associated initial and boundary conditions of considered problem are presented as: where shows the static plate and represents the forth and back movement of the plate.
The radiation heat flux, after using Rosseland approximation comes out to be [46] where the Stafan–Boltzman constant and adsorption coefficient are represented by and , respectively.
The term can be linearized by expansion of using Taylor series about , keeping the supposition in mind that temperature differences are small enough to neglect the higher-order terms. After normalizing, comes out to be .
On using this linearization in Equation () results in
The non-dimensional quantities are introduced as:
On using above non-dimensional quantities, Equations (1) and (7) turn out to be as follows where and non-dimensional parameters are defined as
Here, the Grashof number is denoted by Gr, the radiation parameter is denoted by Nr, the magnetic parameter is denoted by , the Prandtle number is denoted by Pr, the parameter of permeability is denoted by K and lastly Q is the heat sink parameter.
The associated initial and boundary conditions takes the following form after the introduction of dimensionless parameters:

To generate the solution of this problem, Laplace transform [47] is convenient tool because of non uniform boundary conditions. The other convenient methods like Adomian decomposition, homotopy analysis method, perturbation method and separation of variables do not serve the purpose here due to boundary conditions. we formulate the Laplace transform pair for the sake of results of current problem as an integral of the following form where . The above integral is convergent for , and , is some positive real number and .
Transformation of the Laplace domain solutions back to original time domain can be done such as
On using Laplace transform, Equations (9) and (10) obtain the following form
The initial and boundary conditions in Laplace domain are gives as:
The solution of Equations (18) and (19) according to Conditions (20)–(22) are evaluated as where
The implementation of inverse Laplace transform provides the following relation for velocity and temperature in real time domain with where the complementary error function is defined as
The Nusselt number is given as follows: where error function is defined as

The aim behind this study is to calculate the exact solutions of time-dependent free convection MHD flow of some nanofluids close to a moving vertical plate, saturated in porous medium incorporating radiative heat flux and heat sink. The non-linear thermal radiation term is linearized by Rosseland approximation. The fundamental partial differential equations along with suitable initial and boundary conditions are made dimensionless first and later Laplace transformation is employed to convert them in ordinary differential equations and solutions are derived in closed form. The meaningful physical contribution of associated parameters in momentum and energy profiles is interpreted with the help of graphs. The expression for Nusselt number is also evaluated to observe the influence of pertinent factors on the process of heat transfer.
The significant results of this study are

The authors appreciate the financial support allotted by King Mongkut’s University of Technology Thonburi through the “KMUTT 55th Anniversary Commemorative Fund”. The first author is supported by the Petchra Pra Jom Klao Doctoral Scholarship Academic for PhD studies at KMUTT. This research is accomplished with the help of Theoretical and Computational Science (TaCS) Center, Faculty of Science, KMUTT. We are obliged to the respectable referees for their important and fruitful comments to enhance the quality of current article. 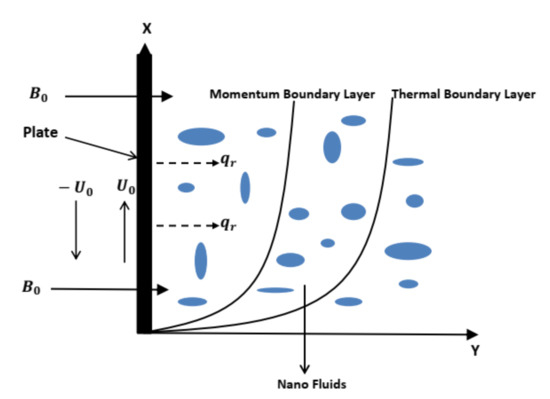 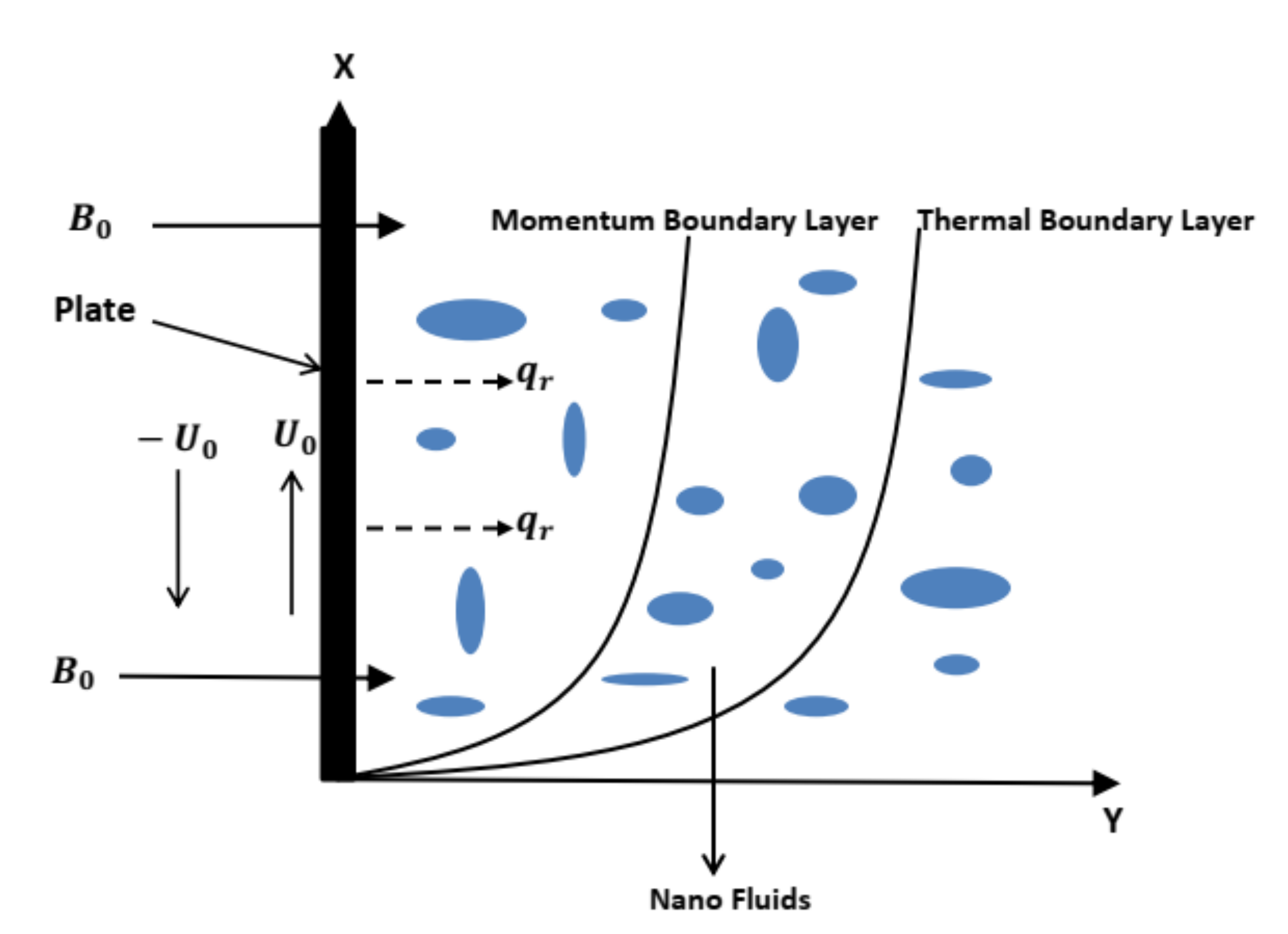 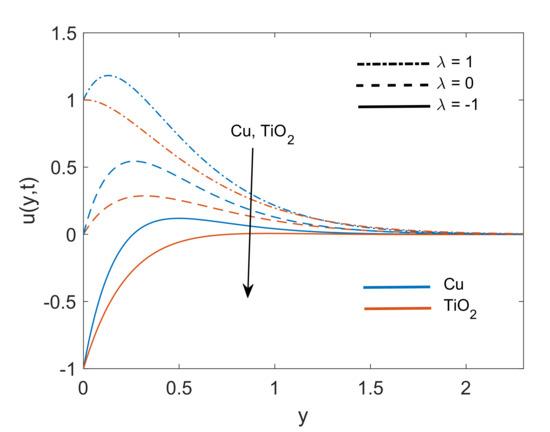 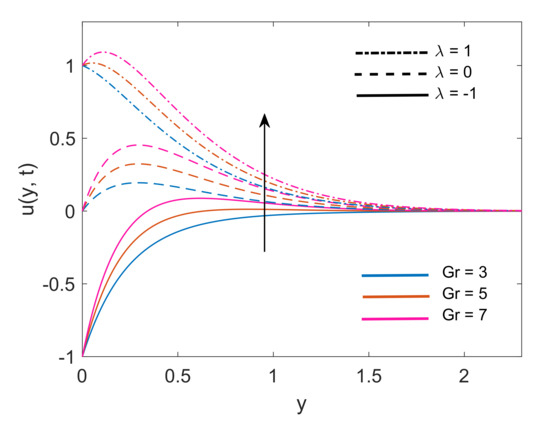 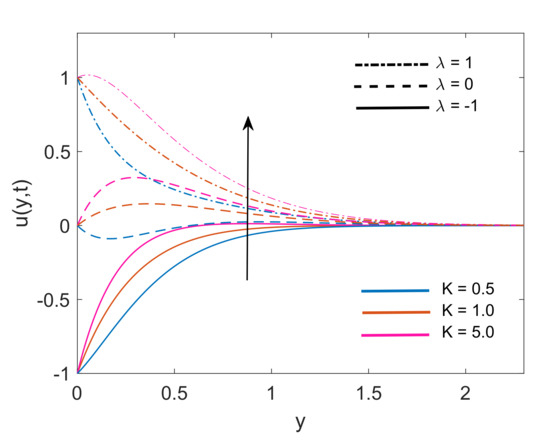 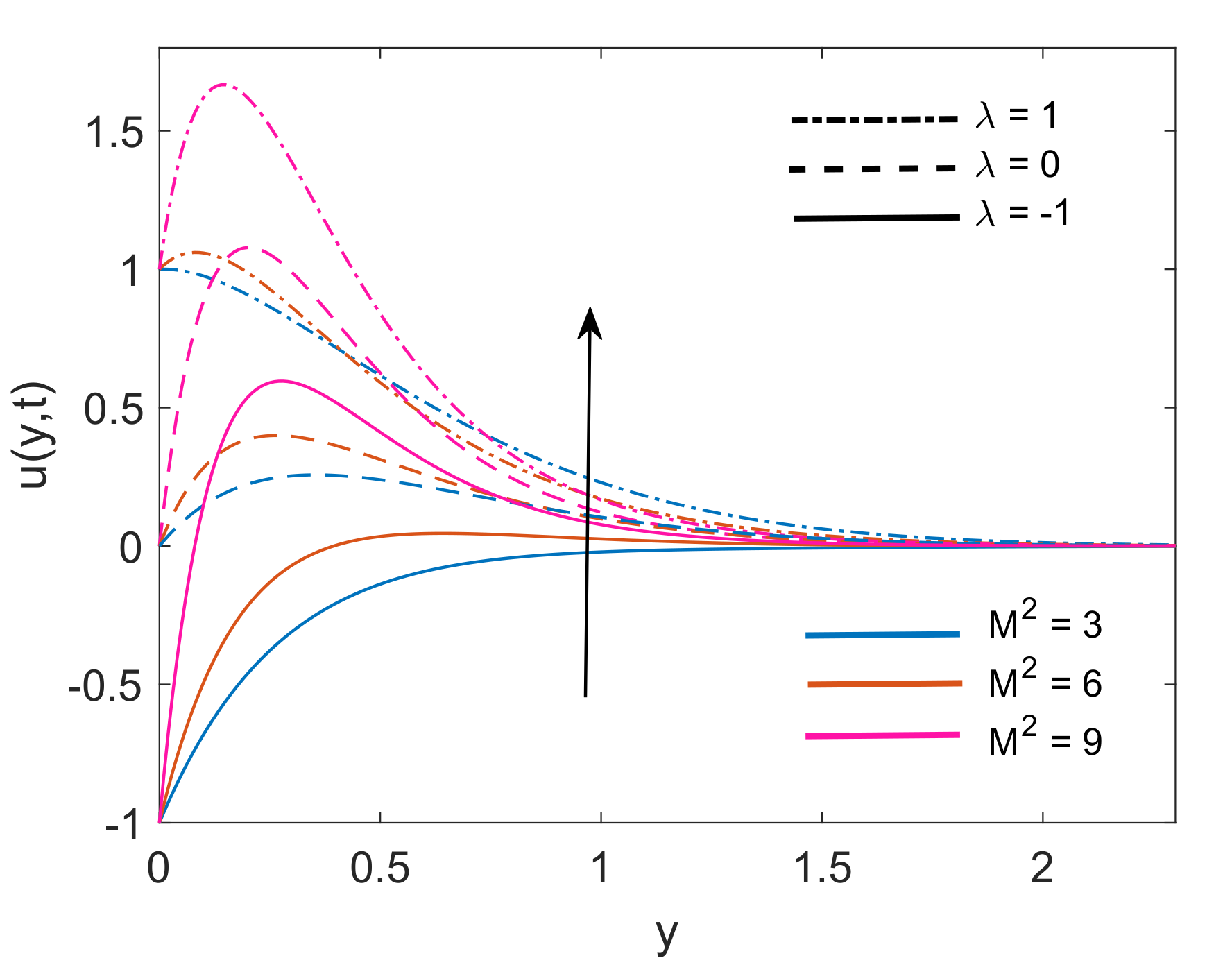 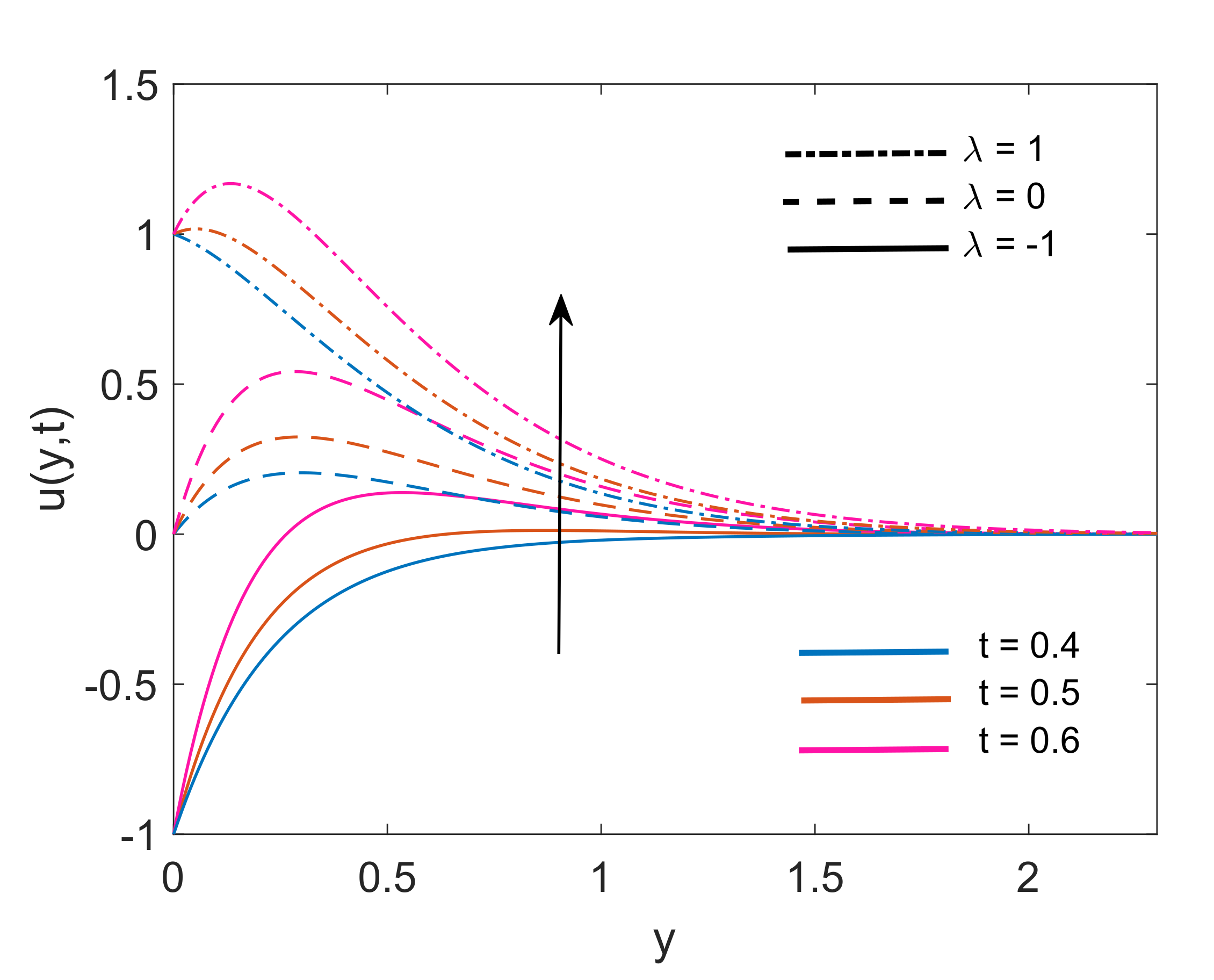 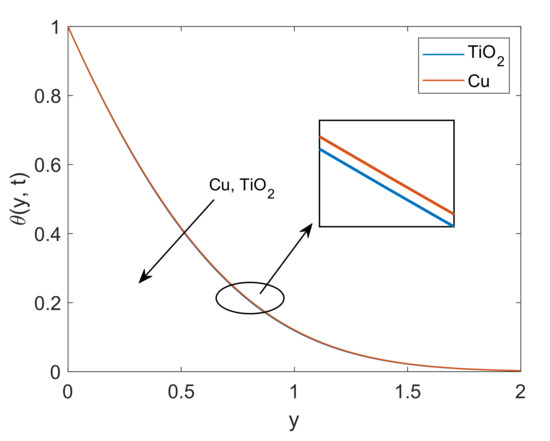 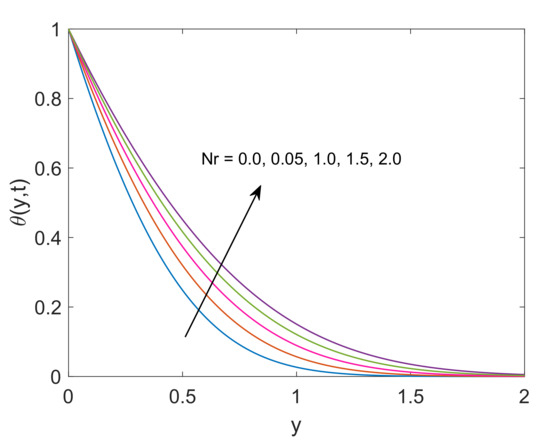 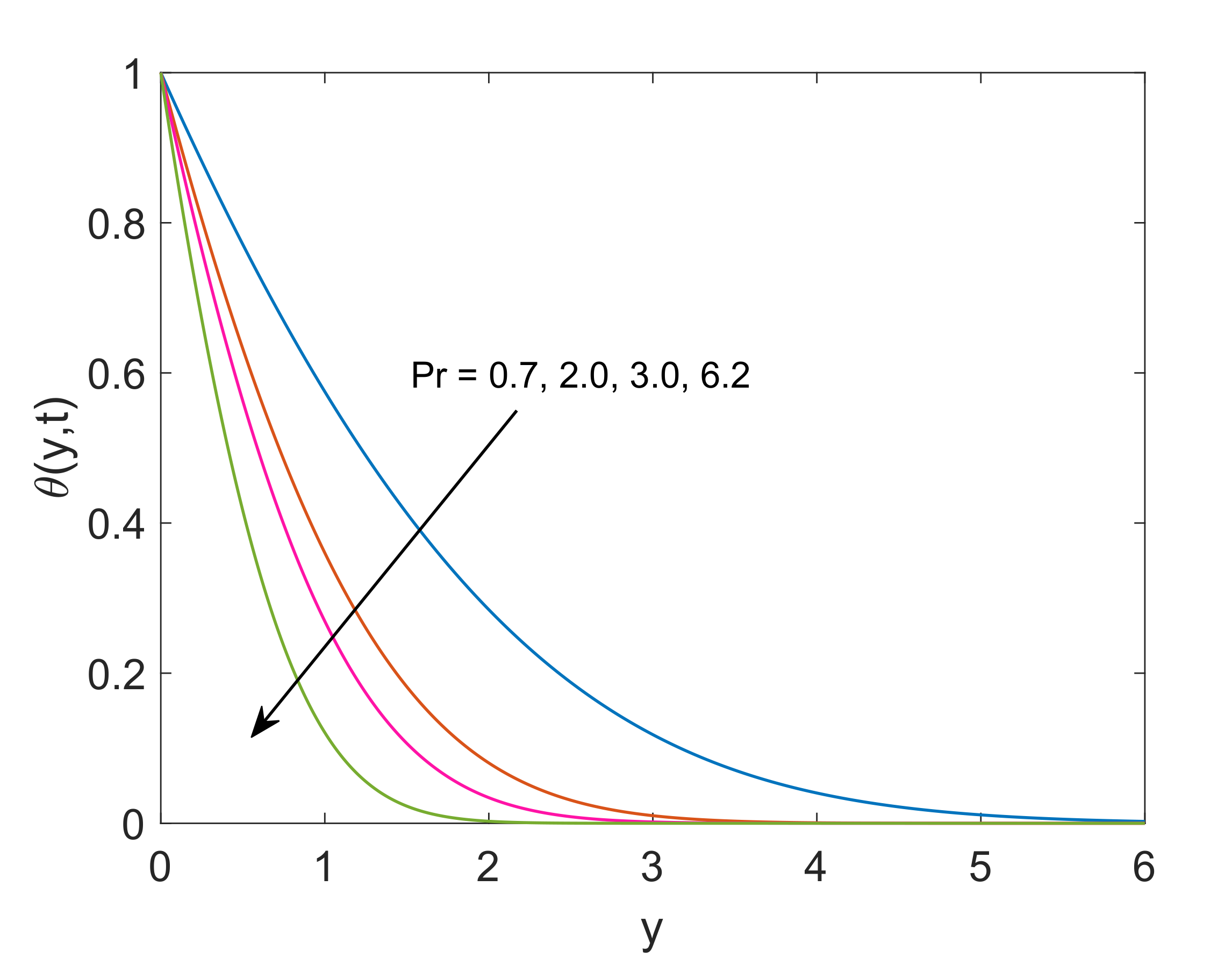 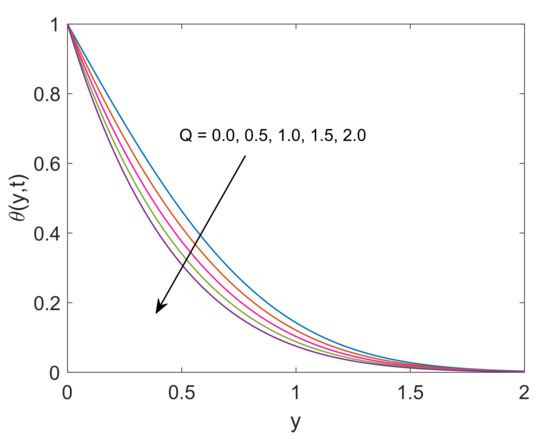 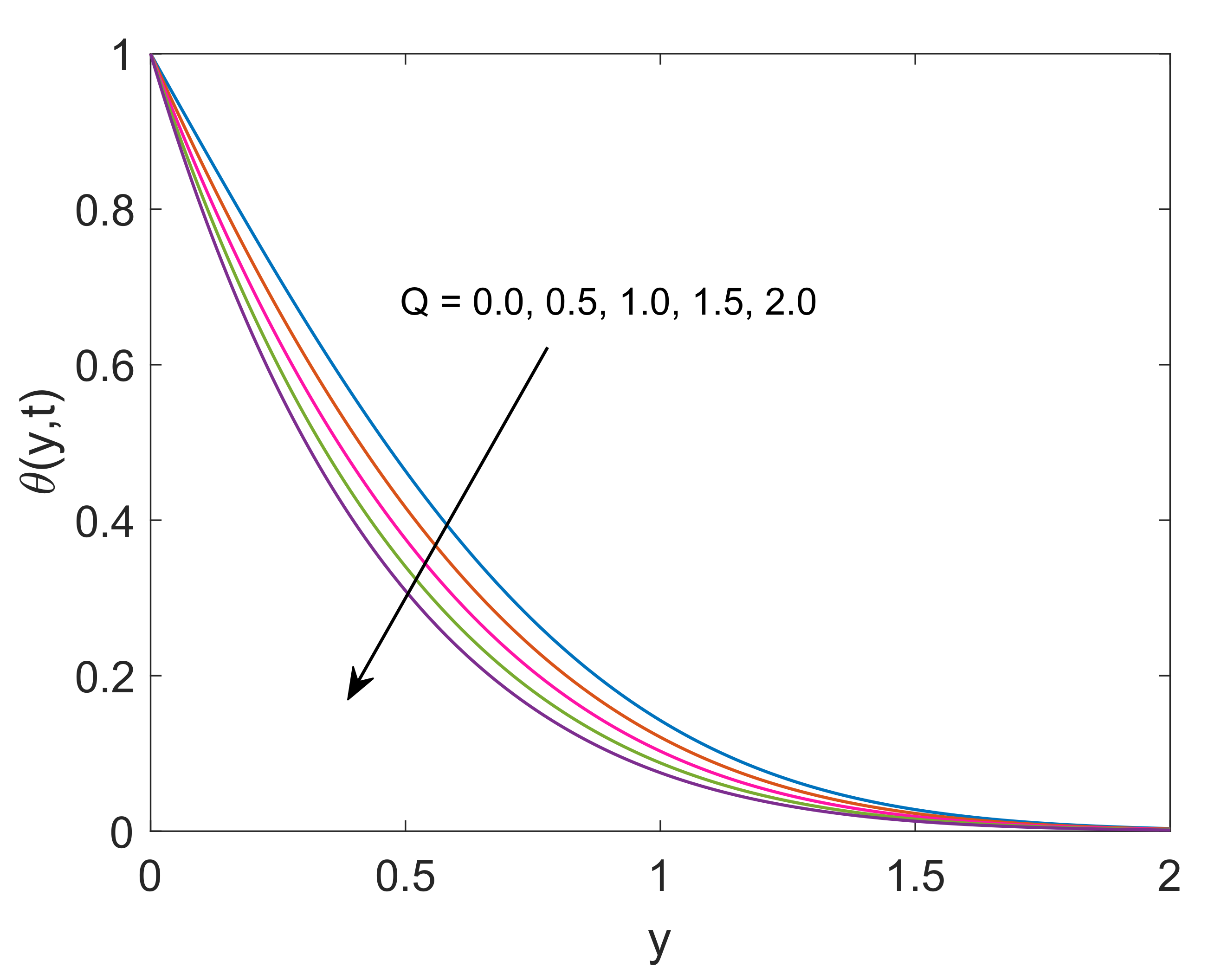 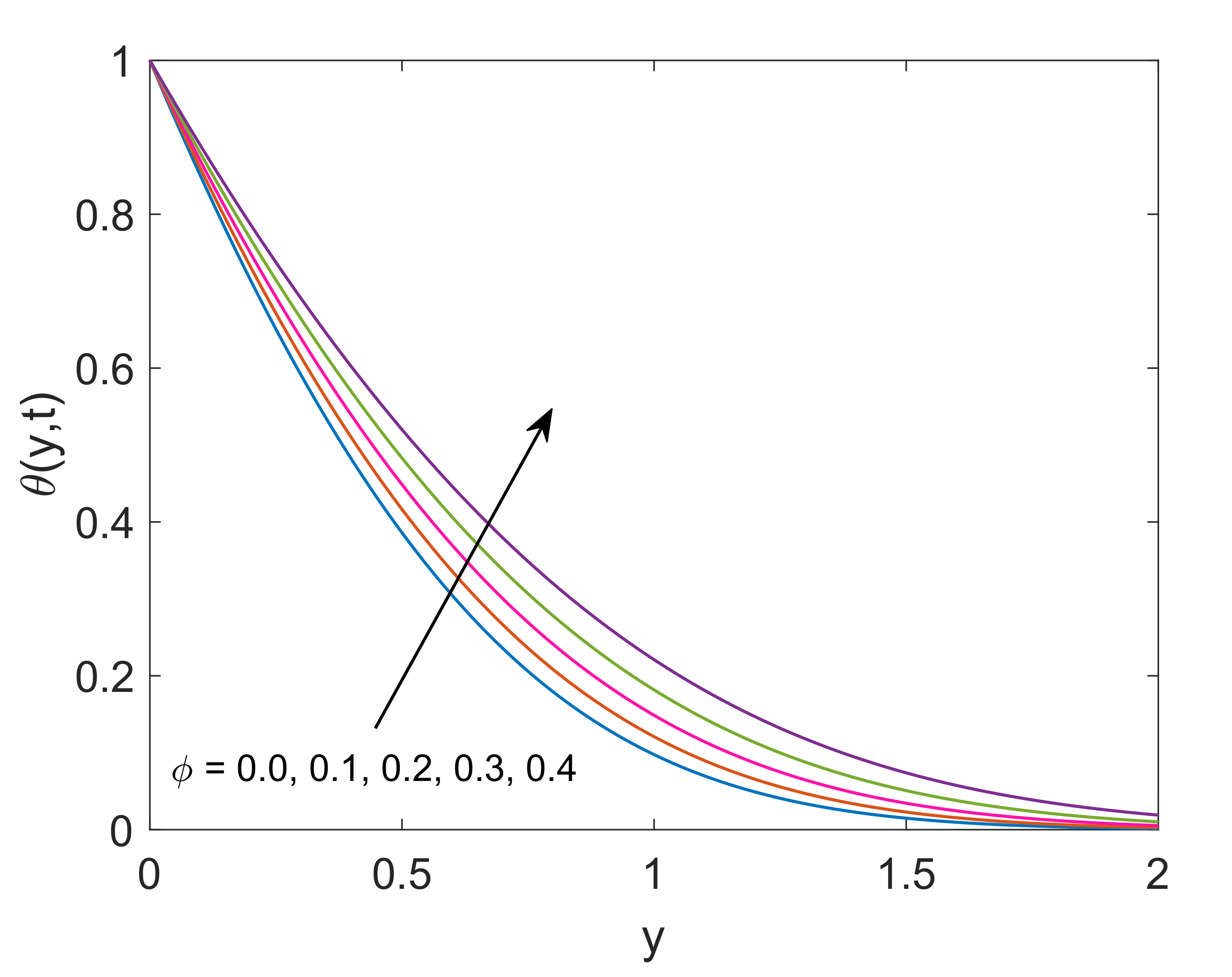 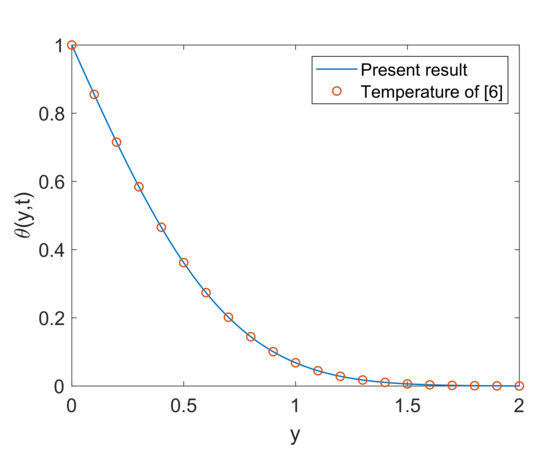 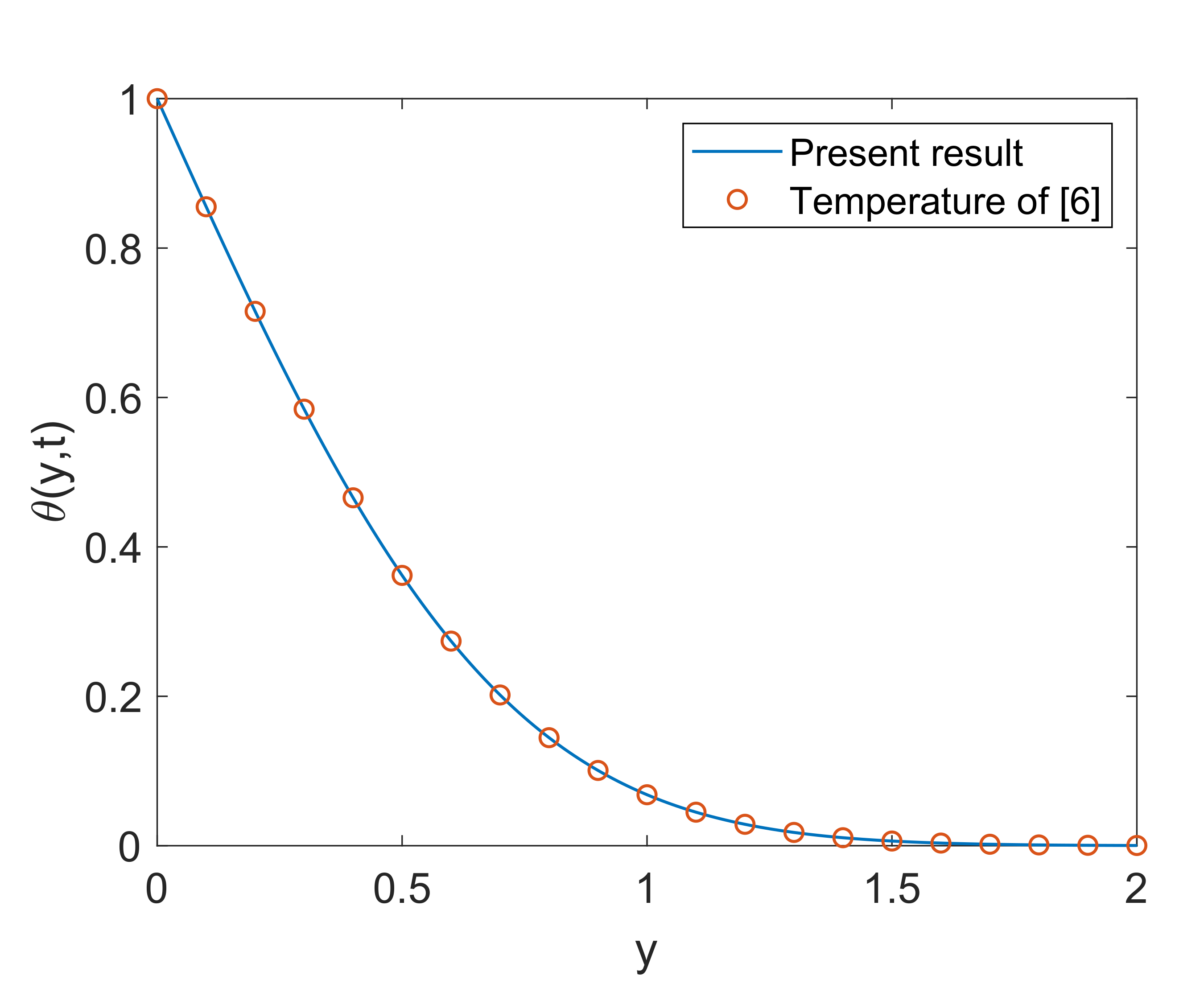 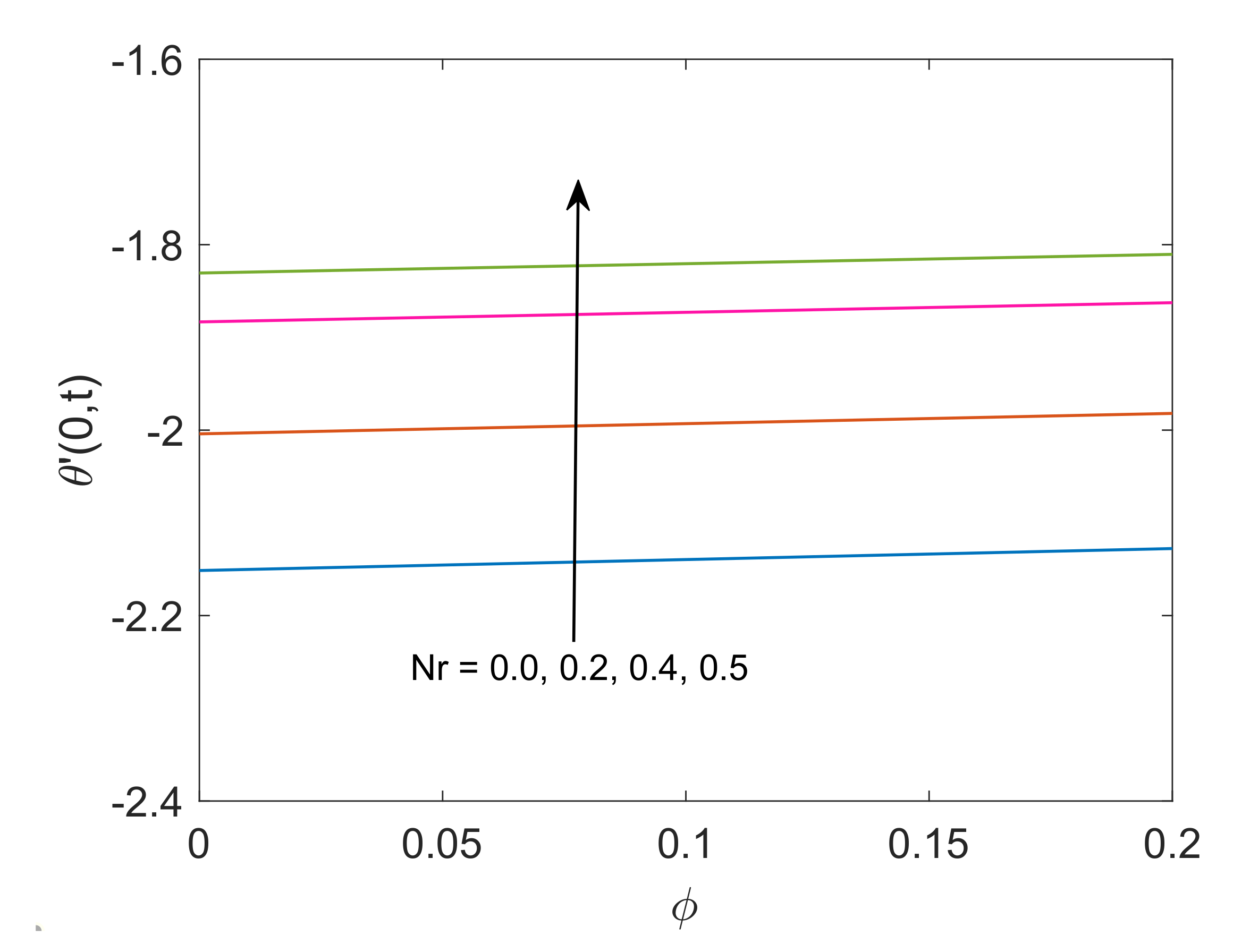 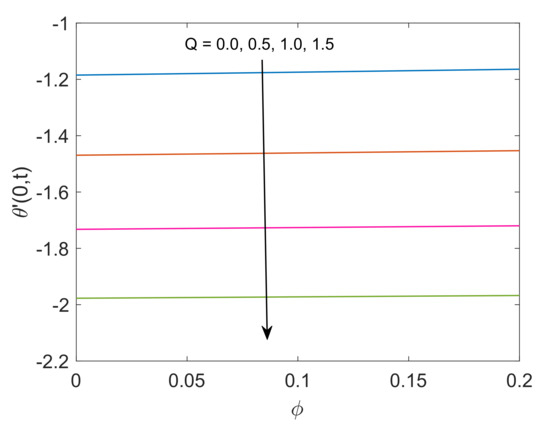 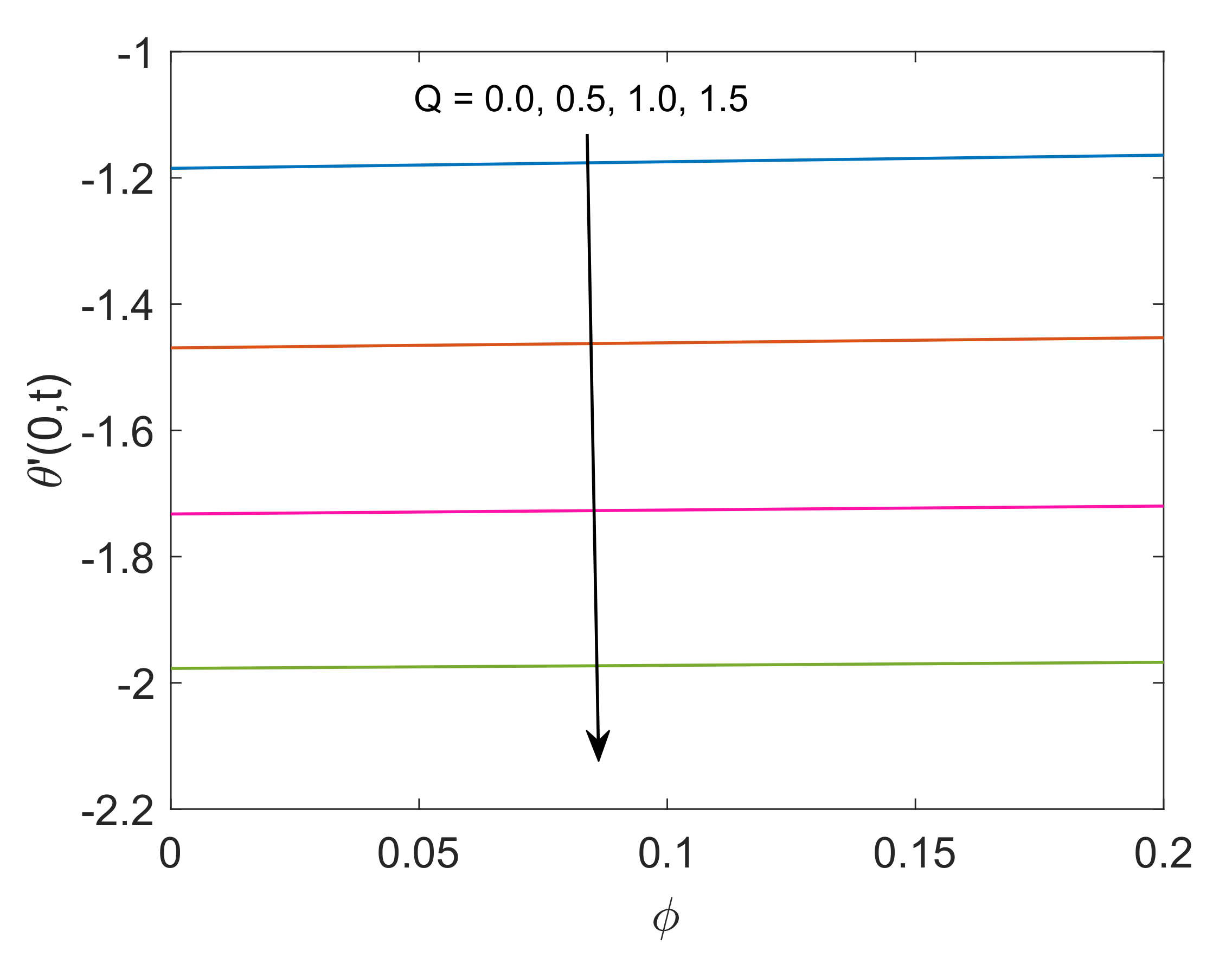 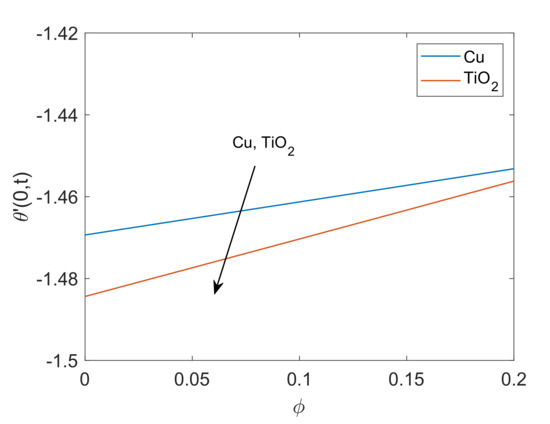 Table 1. Thermophysical properties of nanoparticles and water [45].
Table 1. Thermophysical properties of nanoparticles and water [45].
© 2020 by the authors. Licensee MDPI, Basel, Switzerland. This article is an open access article distributed under the terms and conditions of the Creative Commons Attribution (CC BY) license (http://creativecommons.org/licenses/by/4.0/).
We use cookies on our website to ensure you get the best experience. Read more about our cookies here.
Accept
We have just recently launched a new version of our website. Help us to further improve by taking part in this short 5 minute survey here. here.
Never show this again