Mass spectrometry and some other biophysical methods, have made substantial contributions to the studies on severe acute respiratory syndrome coronavirus 2 (SARS-CoV-2) and human proteins interactions. The most interesting feature of SARS-CoV-2 seems to be the structure of its spike (S) protein and its interaction with the human cell receptor. Mass spectrometry of spike S protein revealed how the glycoforms are distributed across the S protein surface. X-ray crystallography and cryo-electron microscopy made huge impact on the studies on the S protein and ACE2 receptor protein interaction, by elucidating the three-dimensional structures of these proteins and their conformational changes. The findings of the most recent studies in the scope of SARS-CoV-2-Human protein-protein interactions are described here.
Keywords: spike protein-ACE2 interaction; MS; structural techniques; glycosylation; SARS coronavirus spike protein-ACE2 interaction; MS; structural techniques; glycosylation; SARS coronavirus

Emerging infectious diseases caused by severe acute respiratory syndrome coronaviruses (SARS-CoV and SARS-CoV-2) present a tremendous threat to international public health [1]. The risk to the global population brought by the Middle East respiratory syndrome (MERS-CoV) [2] is deemed to be much lower. According to the World Health Organization (WHO), the fatality rate of MERS-CoV is quite high (36%) [3,4]; however, the virus does not seem to pass easily from person to person. Dromedary exposure has been shown to be one of the main risk factors for that disease [3,5,6]. The other four coronaviruses that are pathogenic to humans (229E, OC43, NL63, HKU1) are usually associated with mild clinical symptoms [4,7].
According to the International Committee on Taxonomy of Viruses, coronaviruses belong to the subfamily Coronavirinae in the family Coronaviridae [8]. The group of viruses was recognized by a few virologists in 1968 [9]. The viruses were named “coronaviruses” to reflect the characteristic crown-like appearance by which they are identified under an electron microscope (EM) [9]. Coronaviruses are enveloped, positive-sense, single-stranded RNA viruses of pleomorphic shape, measuring between 80 and 160 nm [1,10]. On the basis of serological and genomic evidence, CoVs are categorized into four important genera: Alphacoronavirus, Betacoronavirus, Gammacoronavirus, and Deltacoronavirus [1].
Betacoronaviruses have been found mainly in bats [11], camels [12,13], rodents [14] and rabbits [15]. During the past two decades, three known betacoronaviruses have caused epidemics in humans: SARS-CoV, MERS-CoV and SARS-CoV-2 [16]. The SARS-CoV outbreak during 2002–2003 involved 8422 patients and spread to 29 countries globally [17]. A total of 813 fatalities were attributed to that SARS epidemic [1]. Ten years later, MERS-CoV broke out in Saudi Arabia, and later in South Korea, affecting more than 2000 people [18,19].
In December 2019, a few adult patients with pneumonia of unknown cause were admitted to a hospital in Wuhan [20]. In early January 2020, a novel betacoronavirus (SARS-CoV-2, tentatively named 2019-nCoV) was identified from the throat swab sample of a pneumonia patient in Wuhan, followed by many other cases [21,22,23]. The illness caused by SARS-CoV-2 has been officially named Coronavirus Disease 2019 (COVID-19) by the WHO [24,25]. The number of COVID-19 cases has been rising dramatically all over the world, especially in the United States, with the highest rates of death among the elderly and people with comorbidities [26]. The reason for its high infectivity can be found in the unique features of its structural proteins [27] and the capacity of SARS-CoV-2 to be transmitted by asymptomatic people [28,29]. Asymptomatic cases have been mainly reported for infants and children [22,30]. Nonetheless, respiratory droplets are the main route of transmission [7]. Early symptoms in most COVID-19 patients include fever, cough, dyspnea, myalgia, and sore throat [21,31]. A basic reproductive number (R0—the expected number of cases directly generated by one case) of SARS-CoV-2 has been determined to range from 2 to 3 [32,33]. However, some studies using mathematical methods estimate the R0 of COVID-19 to be as high as 6.49 [34].
This review is focused on the interactions of betacoronaviruses (ß-CoV) with human proteins, with the emphasis on SARS-CoV-2 and its spike (S) structural protein. The importance of mass spectrometry (MS) methods and other instrumental techniques in these studies, which can lead to the results supporting preclinical and clinical studies, has been stressed.

2. Differences and Similarities between SARS-CoV and SARS-CoV-2

At present, COVID-19 exhibits less mortality than SARS and MERS; however, it shows much stronger infectivity [35], most likely due to its notable genomic features [27].
In January 2020, Lu et al. revealed 99.98% sequence identity of the viral genomes obtained from patients who were early cases of the outbreak in Wuhan, suggesting a single spill-over event from one source within a very short period [23]. Eight of the nine studied cases had contact with the Huanan seafood market in Wuhan. One patient had never visited the market; however, he had stayed in a hotel near the market before the onset of his disease [23].
The newly discovered SARS virus was shown to have a better sequence identity with SARS-CoV than with MERS-CoV [36]. Zhou et al. discovered that SAS-CoV-2 is 96.2% identical at the whole-genome level to a horseshoe bat coronavirus [37]. Additionally, the amino acid sequences of the seven conserved replicase domains in open reading frame (ORF) that were used for coronavirus species classification displayed 94.4% similarity in identity between SARS-CoV-2 and SARS-CoV [37]. This similarity suggests that the two viruses belong to the same species. Consequently, the new coronavirus is thought to be a recombinant virus transmitted from bats to humans by the means of an unknown intermediate host [26]. Some researchers link SARS-CoV-2 to pangolin viruses because of the very high similarity of their receptor-binding domains (RBDs) [38].
The origin of the infection is still under investigation. Two scenarios of the origin of COVID-19 have been proposed: (I) natural selection in viral evolution in an animal host before zoonotic transfer; and (II) natural selection in humans following zoonotic transfer [27]. Some researchers believe that SARS-CoV-2 coronavirus is a recombinant virus between several bat SARS-like betacoronaviruses [39,40].
The RNA genome of coronaviruses is one of the largest among all the RNA viruses. The length of the SARS-CoV genome is 29,727 nucleotides, with 11 open reading frames [41,42].
In CoVs, the proteolytic processing of the 5′ two-thirds of the genome results in the production of 16 nonstructural proteins that are involved in viral RNA replication and transcription [43]. Approximately one-third of the betacoronavirus genome encodes four structural proteins: membrane-spanning spike (S), envelope (E) and membrane (M) proteins and a single nucleocapsid (N) protein [10,44] These structural proteins have been shown to play an important role in the pathogenesis and complications of SARS disease [1]. Additionally, the SARS viruses contain a few accessory proteins. Some betacoronaviruses also encode a hemagglutinin esterase (HE) glycoprotein [45]. However, it was shown that SARS-CoV does not encode the HE protein [46]. Interestingly, there is no significant amino acid sequence similarity between the SARS-CoV accessory proteins and any known viral or cellular proteins [47]. Both SARS-CoV and SARS-CoV-2 access their host cells by a process of membrane fusion that is mediated by a homotrimeric “spike” (S) protein [48].
The current knowledge on SARS-CoV-2 is still limited, but every day, new research data become visible. It has been shown that SARS-CoV-2 is distinct from SARS-CoV in the phylogeny of the complete RNA-dependent RNA polymerase (RdRp) gene [23].
The most fundamental difference between the SARS-CoV and SARS-CoV-2 viruses lies in their gene sequences. The amino acid sequence of the virus causing COVID-19 differs from other betacoronaviruses. specifically in the regions of the nucleocapsid (N) protein and the S glycoprotein, as well as in the 1ab polyprotein [36]. Among the four structural proteins of SARS coronavirus, the nucleocapsid (N) and the spike (S) have been shown to be the main immunogens [49].
Moreover, experiments with UV-inactivated virus revealed that SARS-CoV S protein induces ER stress, which has a significant impact on cell homoeostasis and may contribute to viral pathogenesis [50]. It is worth mentioning that SARS-CoV-2 S glycoprotein shares 97% sequence identity with the spike protein of the bat coronavirus RaTG13 [37,51].
Nucleocapsid protein, with a mass of 50 kDa, is the most abundant macromolecule in coronaviruses and is highly immunogenic [52]. The comparison of the whole amino acid sequence of chosen N proteins revealed 87.86% similarity between SARS-CoV-2 and pangolin CoV, 90% similarity to SARS-CoV, and 99% similarity to bat CoV [52]. The nucleocapsid protein of SARS-CoV has the capacity to neutralize the immune response of the host. If the SARS-CoV-2 N protein does not share that capacity, this can explain the lower mortality rate than that of the 2003/4 SARS epidemic [53]. The spike glycoproteins of SARS coronaviruses are reviewed in more detail below, as well as the current knowledge about their interactions with the human receptor.
Most relevant similarities and differences between SARS-CoV and SARS-CoV-2 have been summarized in Table 1. It should be noted that the estimation of the R0 and the mortality rate during the epidemic can be plagued by data uncertainty and variability [54].
Very recently, 332 high-confidence SARS-CoV-2 protein–human protein interactions that are associated with multiple biological processes have been identified using affinity-purification mass spectrometry (AP-MS) [70]. Comparison of the interacting proteins between SARS-CoV-2 and ten other pathogens using a hypergeometric test revealed that West Nile virus and Mycobacterium tuberculosis had the most similar host-protein interaction partners [70]. The novel SARS virus interactome exposes new aspects of SARS-CoV-2 biology and potential targets for SARS-CoV-2 inhibition.
In another study, MS-based HLA-I (human leukocyte antigens-I) and HLA-II epitope binding prediction tools were utilized to identify SARS-CoV-2 epitopes recognized by helper and cytotoxic T cells (CD4+ and CD8+, respectively) [71]. Responses to both CD4+ and CD8+ T cells have been detected in SARS-CoV and in SARS-CoV-2-infected patients [72,73]. Unlike traditional binding assays which rely on chemical synthesis and the a priori knowledge of ligands to be assayed, MS method used by Poran et al. was based on natural peptide-HLA complexes that are subject to the endogenous processing and presentation pathways within the cell [71]. It has been revealed that the relative expression of SARS-CoV-2 proteins in virally infected cells vary significantly; this should be considered in vaccine design to induce cellular immunity [71].

As of 31 August, 25,118,689 cases of COVID-19 have been confirmed in 213 countries and territories around the world. As of that day, approximately 844,000 people have not been able to overcome this disease [110].
The situation with COVID-19 brings the questions: when will it end and what will be next? There is a hypothesis that SARS-CoV-2 will enter the group of the “seasonal infections” in the future [35]. At this moment, despite the many scientific groups working on it, we have only a partial knowledge about this novel virus and its interactions with human cells. Moreover, another adaptive process could result in a virus with even higher infectiousness and transmissibility in humans.
Furthermore, there are many other species of coronaviruses in animals that can become global health threats. For these reasons, deep studies joining together researchers from the frontiers of biology and chemistry, epidemiologists and doctors are clearly of utmost importance.
This review provides insights into the COVID-19 current situation, with a special emphasis on the current state of the art in terms of the SARS-CoV-2 S protein and human cell receptor protein interactions. From the lessons learned during the SARS-CoV and SARS-CoV-2 epidemics, we can improve on the handling of global pandemics or epidemics. The clear, reliable and timely dissemination of information is also crucial in dealing with the epidemic.
Mass spectrometry methods are utilized in studies on virus S protein and receptor protein glycosylation and interaction, revealing targets for neutralizing antibodies elicited through vaccination. Moreover, multi-omic profiling of the host response could be helpful in tracking disease, and prevent future pandemics of similar viruses. 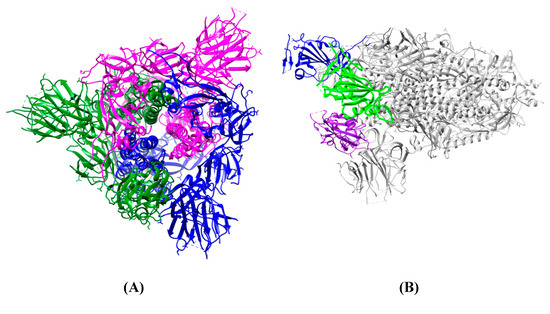 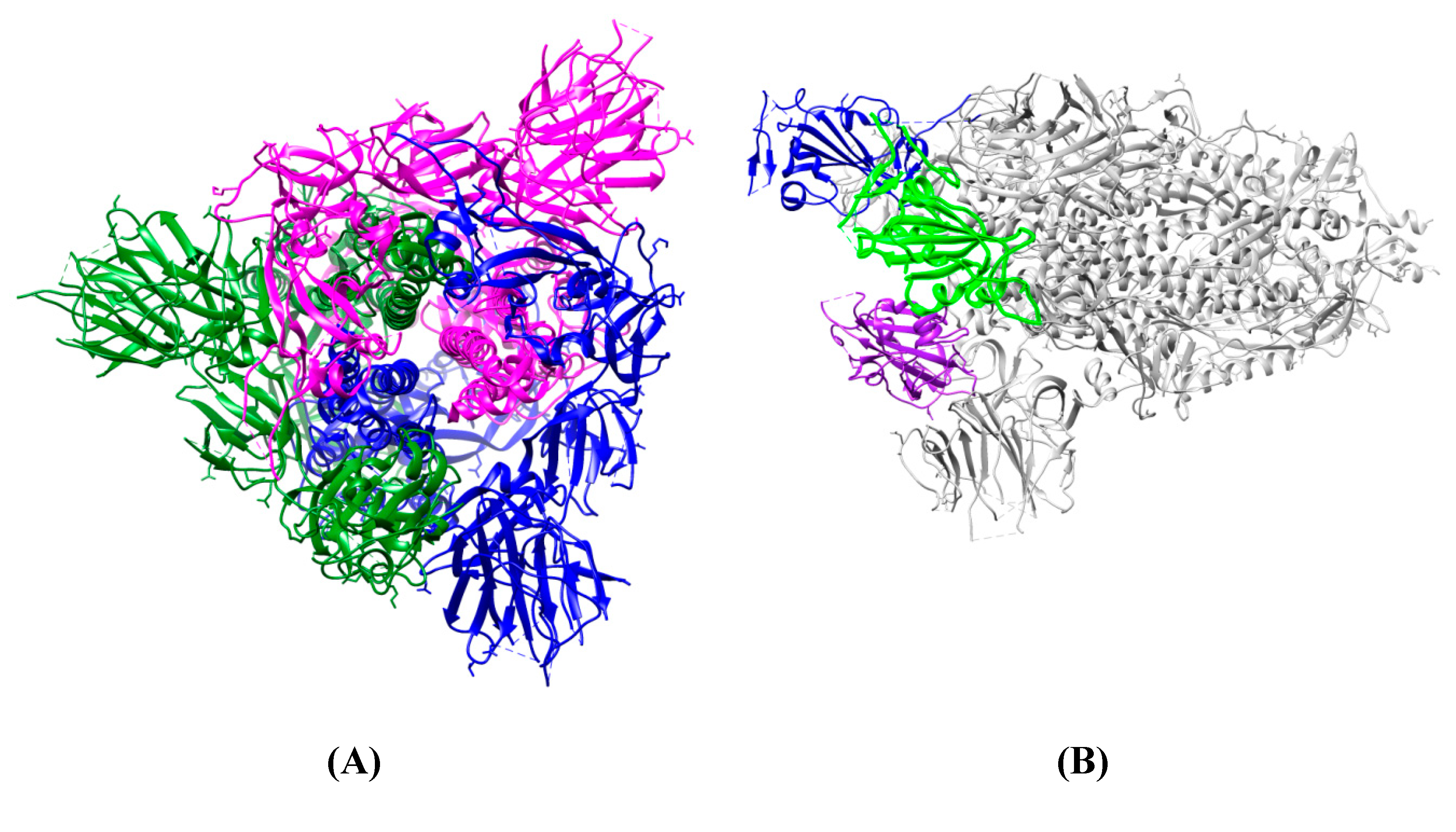 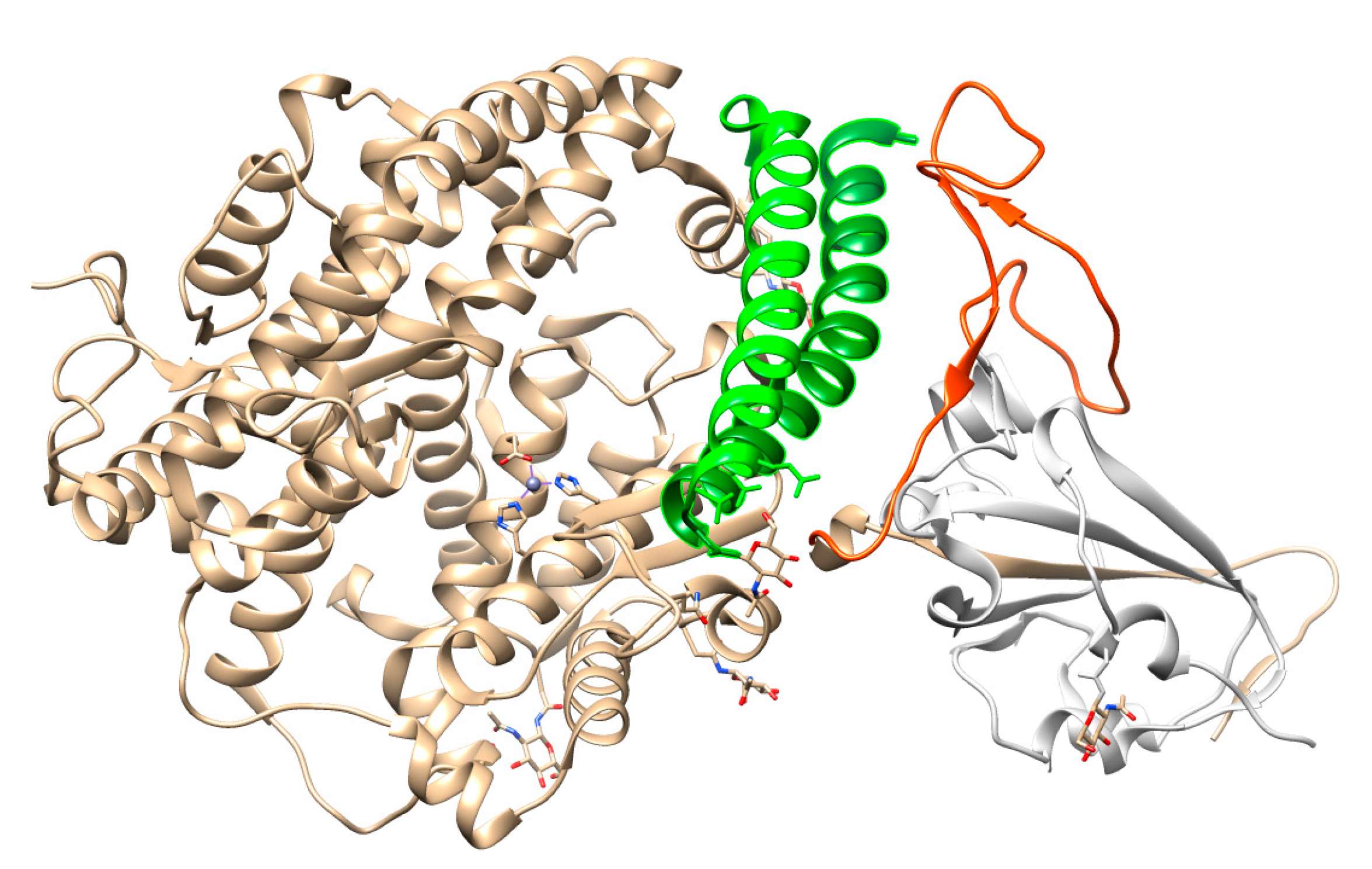