Incorporation of Brazilian Diatomite in the Synthesis of An MFI Zeolite

Electronics, and nanoelectronics in particular, represent one of the most promising branches of technology. The search for novel and more efficient materials seems to be natural here. Thus far, silicon-based devices have been monopolizing this domain. Indeed, it is justified since it allows for significant miniaturization of electronic elements by their densification in integrated circuits. Nevertheless, silicon has some restrictions. Since this material is applied in the bulk form, the miniaturization limit seems to be already reached. Moreover, smaller silicon-based elements (mainly processors) need much more energy and generate significantly more heat than their larger counterparts. In our opinion, the future belongs to nanostructured materials where a proper structure is obtained by means of bottom-up nanotechnology. A great example of a material utilizing nanostructuring is mesoporous silica, which, due to its outstanding properties, can find numerous applications in electronic devices. This focused review is devoted to the application of porous silica-based materials in electronics. We guide the reader through the development and most crucial findings of porous silica from its first synthesis in 1992 to the present. The article describes constant struggle of researchers to find better solutions to supercapacitors, lower the k value or redox-active hybrids while maintaining robust mechanical properties. Finally, the last section refers to ultra-modern applications of silica such as molecular artificial neural networks or super-dense magnetic memory storage.
Keywords: mesoporous silica materials; electrodes; supercapacitors; low-k dielectrics; sensors; molecular electronics; functionalized silica; electron transfer mesoporous silica materials; electrodes; supercapacitors; low-k dielectrics; sensors; molecular electronics; functionalized silica; electron transfer

Over the years, electronics have become a larger and larger part of our lives to the point where we stop noticing them. The behind-the-scenes work of researchers to keep improving them described here shines a light on the complex mechanisms involved in this process. Understanding these phenomena allows for searching for novel materials applicable in electronics.
On the brink of the end of the silicon era, mesoporous silica is potentially the next standard as the base material used in electronics. Tailorable properties through different routes of the bottom-up syntheses, flexible functionalization and the new emerging fields of science in which the material can be applied make mesoporous silica-based materials an exciting alternative.
Here, we describe this material in such a context. We present d the development and most crucial findings of mesoporous silica as far as electronic devices are concerned. Porous silica are commonly used in several domains, including an industrial use. Obviously, there also exist less explored domains where these porous materials have just been introduced.
Concerning the former case, supercapacitors, low-k materials or sensors are good examples. Here, porous silica is an evident material for the fabrication of electrodes or interlevel dielectrics. This field is well described by numerous publications including some reviews.
The latter case concerns emerging technologies. Here, the literature coverage is lacking. We present a few examples of such possible applications: the molecular neural network and silica-base super-dense magnetic memory storage. It can be treated as a preliminary communication on concept devices or as inspiration for further scientific works.
The demand will drive the supply and new exciting discoveries in the field of electronics are sure to come. Indeed, scientists even search for more and more sophisticated devices to conduct research.

The authors are grateful to Maciej Zubko for performing TEM microscopy. 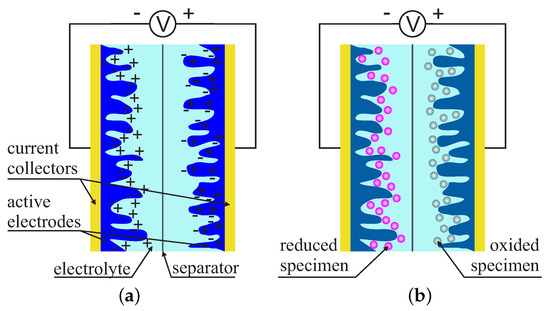 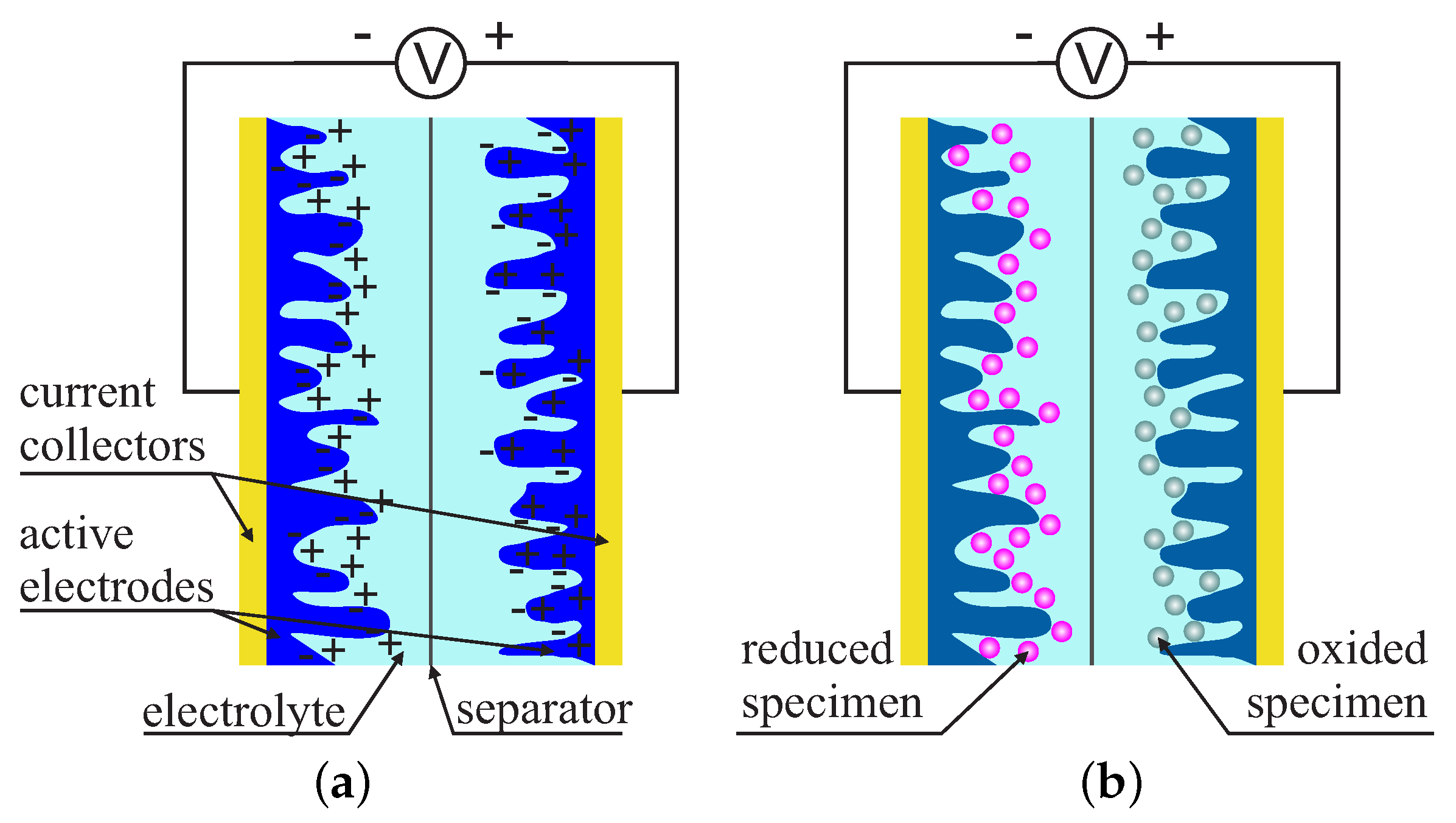 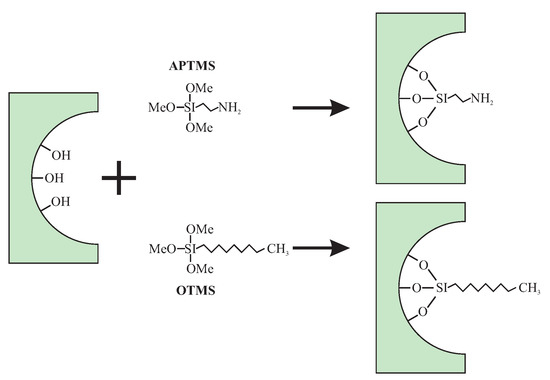 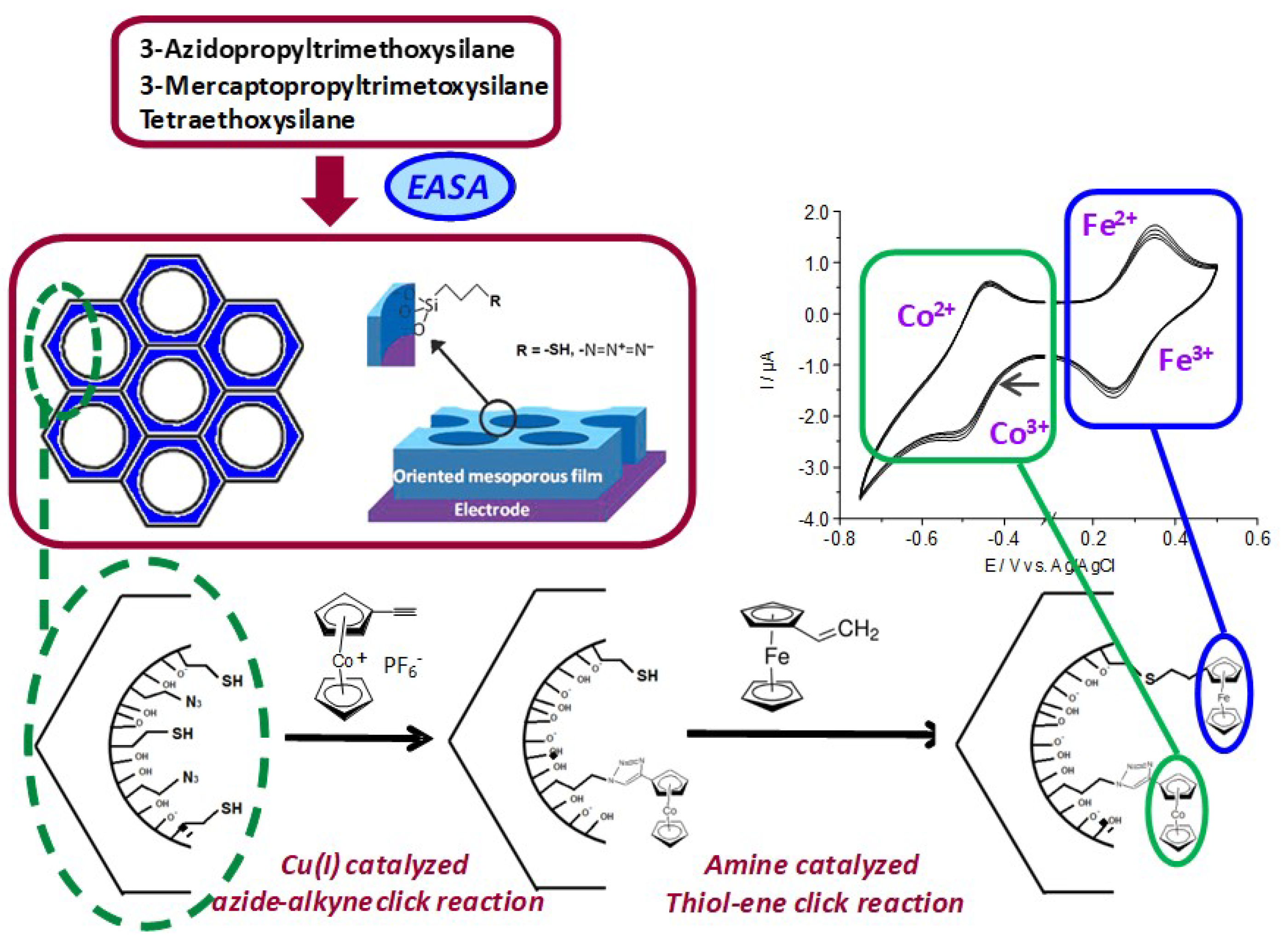 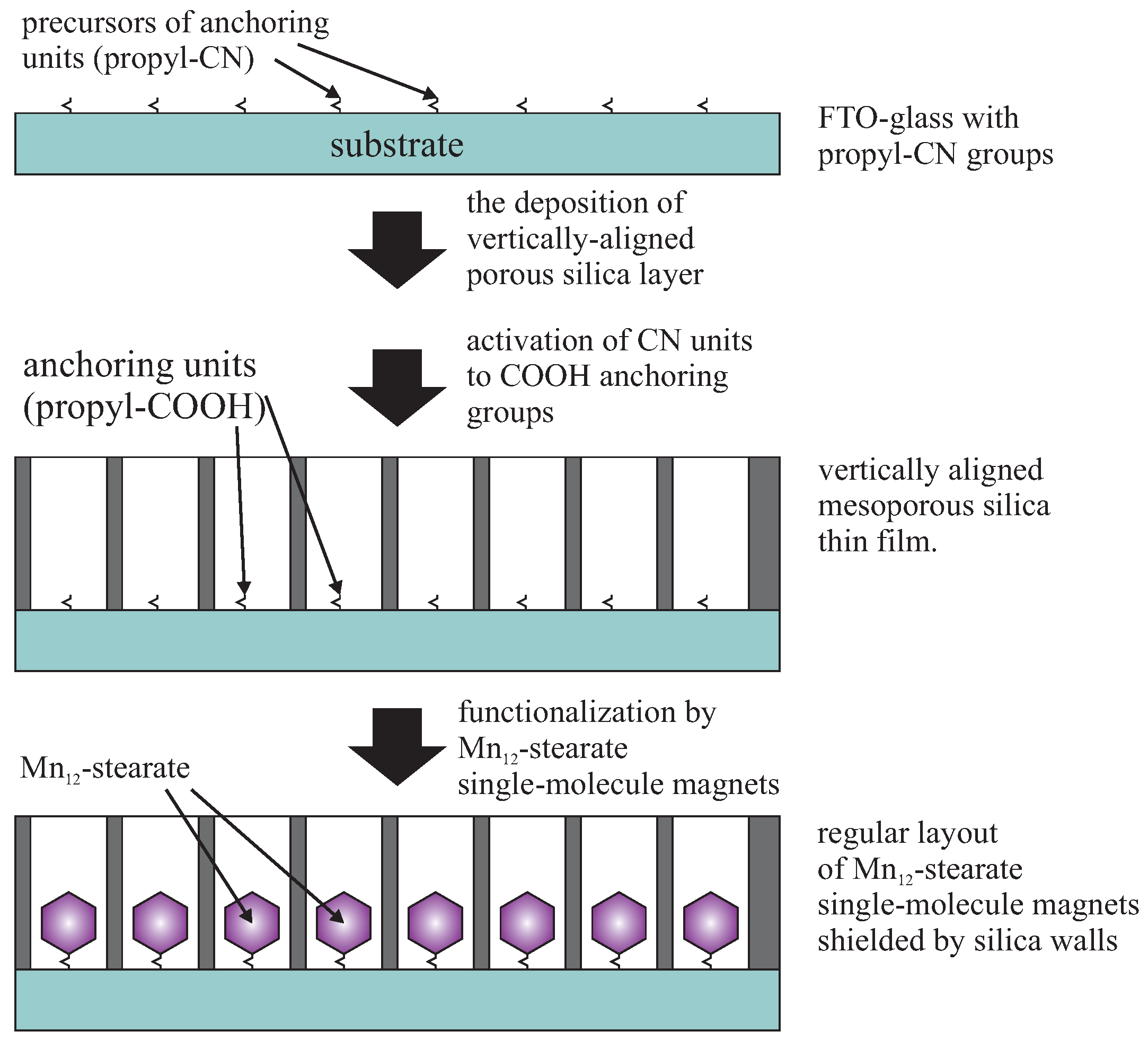 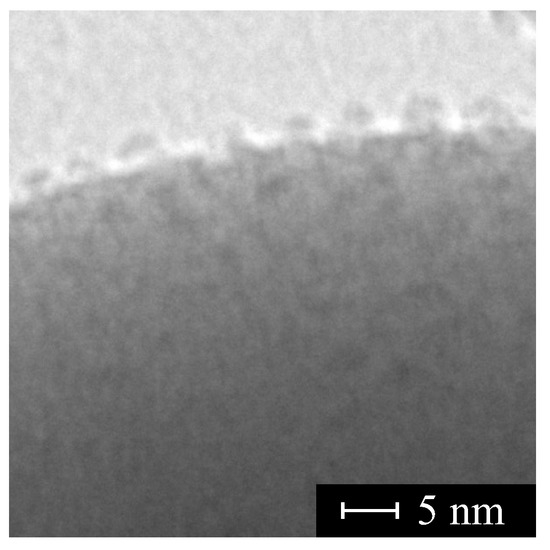 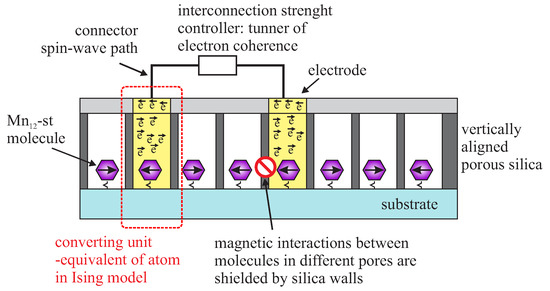 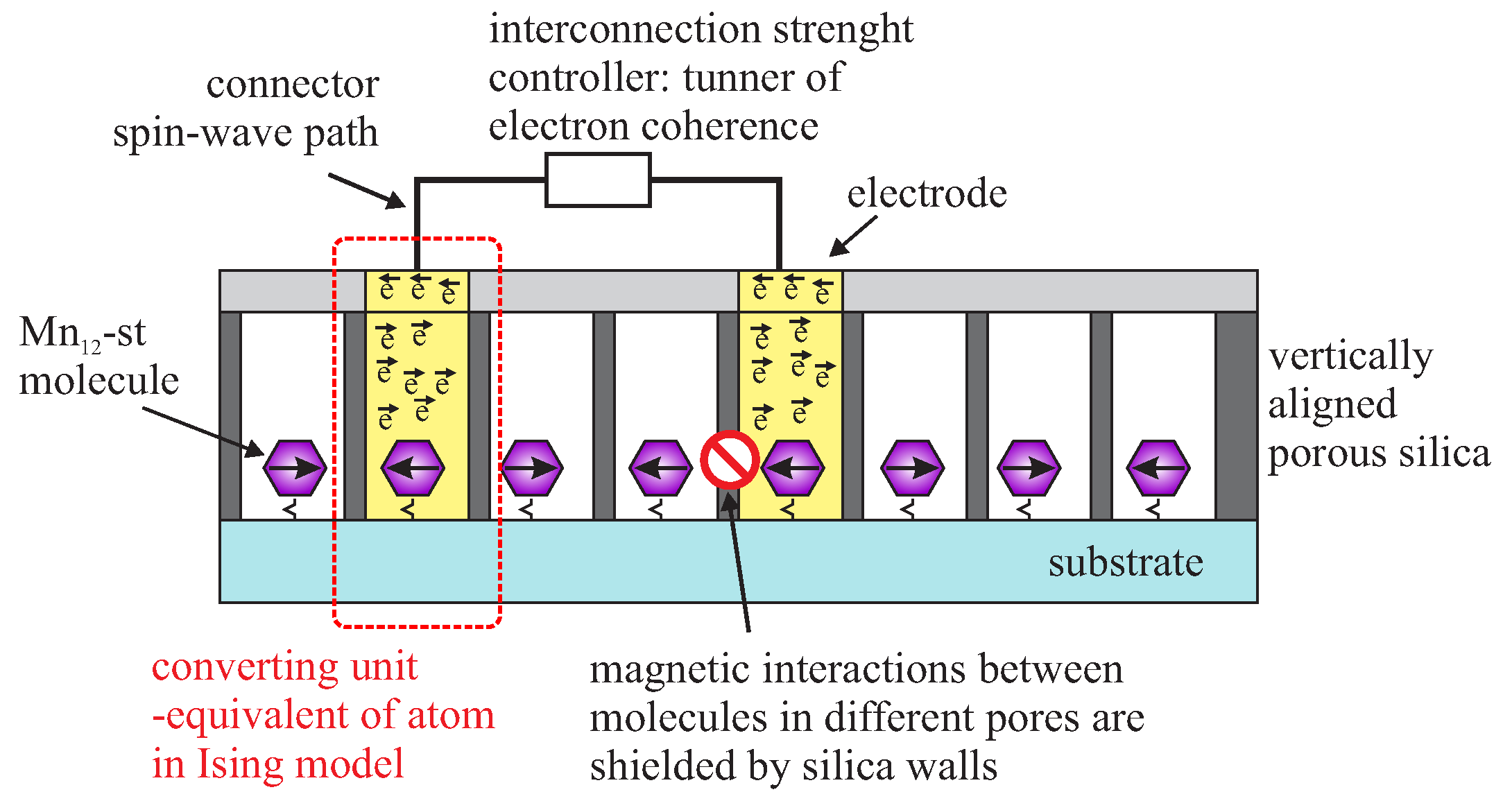