Mechanisms of Protein Search for Targets on DNA: Theoretical Insights

A tree diagram was constructed using the R package “pvclust” [58]. Bootstrap resampling (n = 10,000) and average cluster method were used to construct a cluster dendrogram (the choice of the best cluster method was validated through the function seplot).

All 77 quadruplex binding protein sequences were uploaded to the MEME web server (http://meme-suite.org/tools/fimo), and the FIMO tool [63] was used for analysis of motif occurrence from FMR1 (RRGDGRRRGGGGRGQGGRGRGGGFKG). The selected p-value threshold was 0.01. All 2106 hits are listed in Supplementary material S9.

For motif alignments and visualization, the free bioinformatic software UGENE was used [66].

We used the STRING web server (https://string-db.org/) [67,68] with default parameters to investigate whether the selected set of quadruplex binding proteins forms a functionally enriched network.

V.B. wrote the manuscript, interpreted data and coordinated the project; J.Č. and M.B. contributed to experimental design, methods and data analyses; N.M. performed data sorting and literature search; J.C. and P.P. helped to write the manuscript. All authors approved the final version of the manuscript.

This work was supported by the Grant Agency of the Czech Republic (18-15548S) and by the Ministry of Education, Youth and Sports of the Czech Republic in the “National Feasibility Program I”, project LO1208 TEWEP”; EU structural funding Operational Programme Research and Development for innovation, project No. CZ.1.05/2.1.00/19.0388 and by projects SGS/17/PrF/2017 and SGS/11/PrF/2018 financed by University of Ostrava.

We thank Philip J. Coates for proofreading and editing the manuscript. 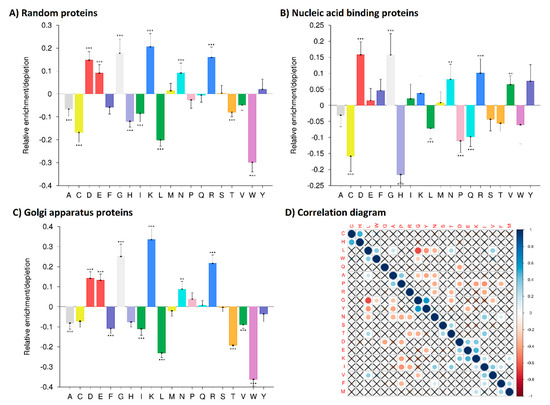 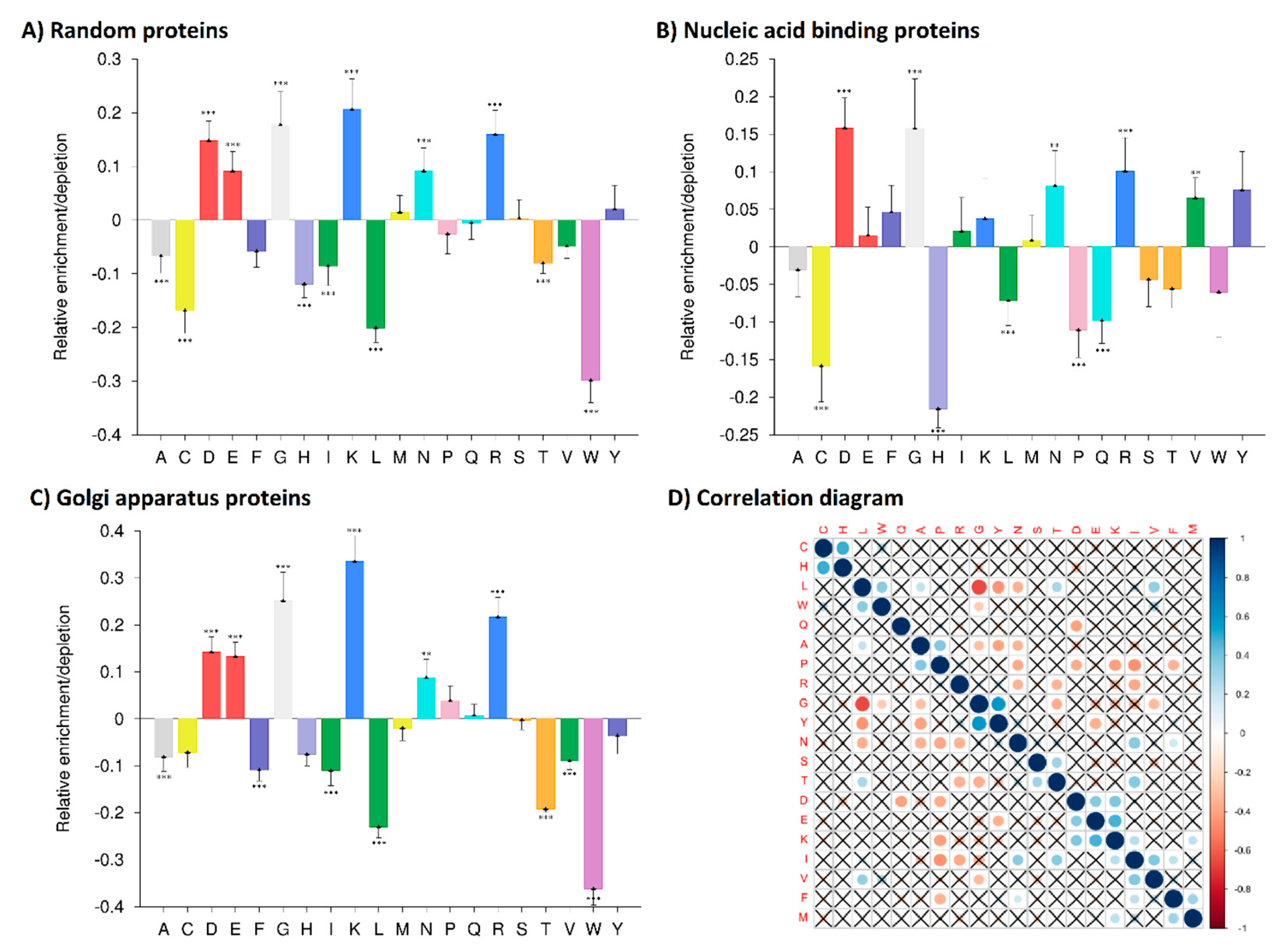 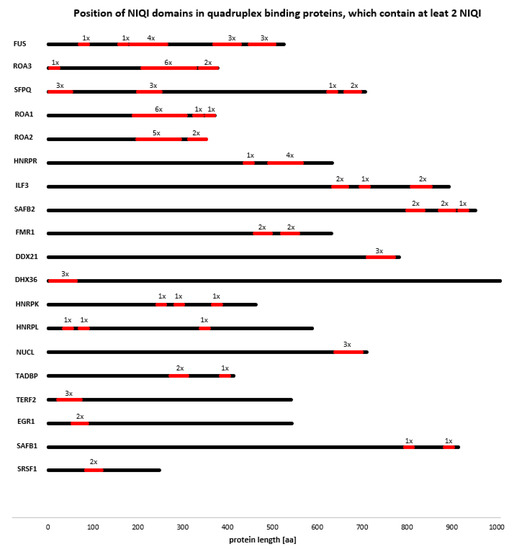 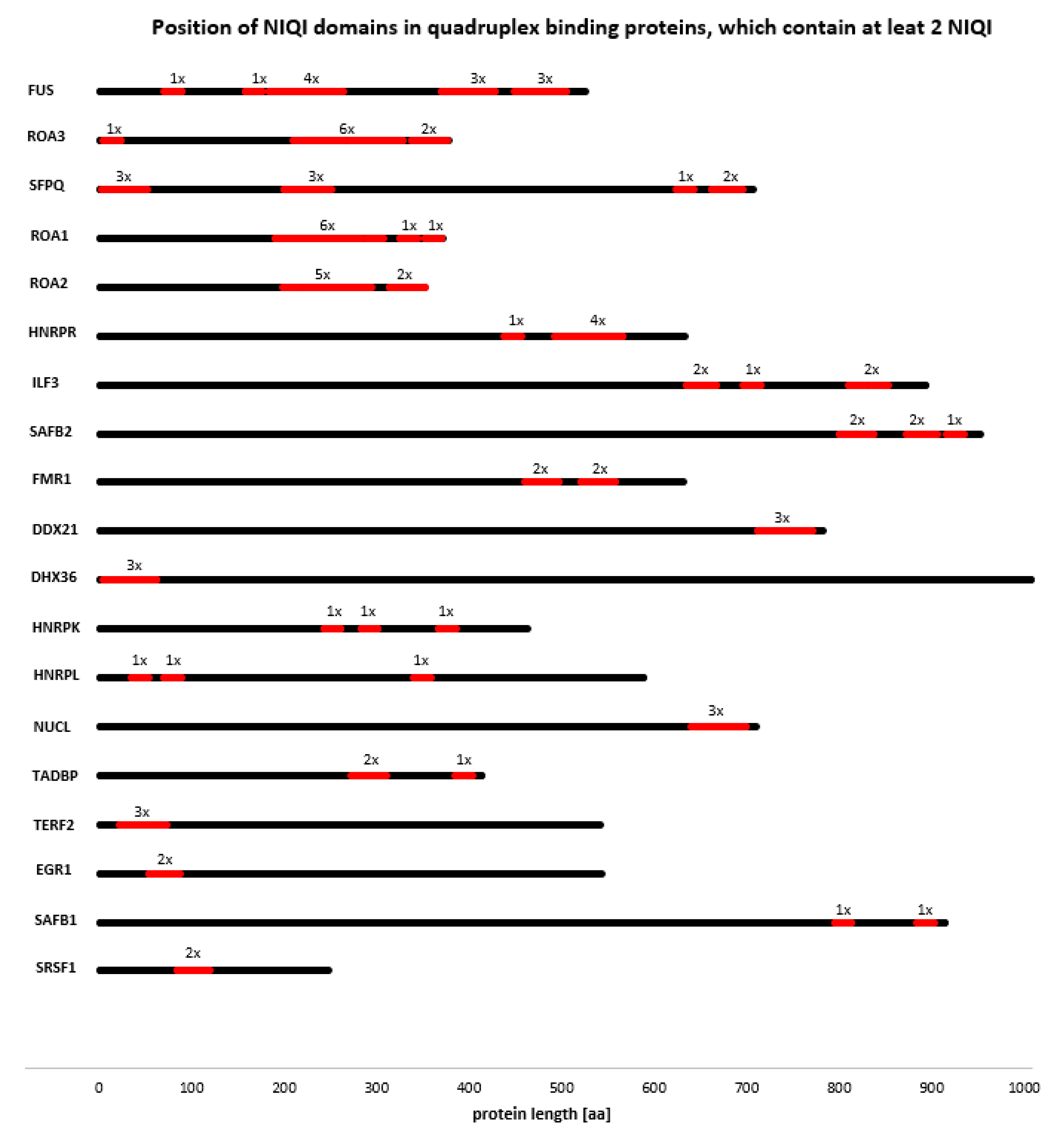 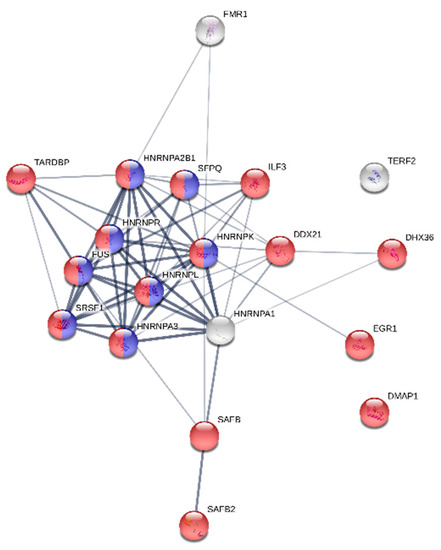 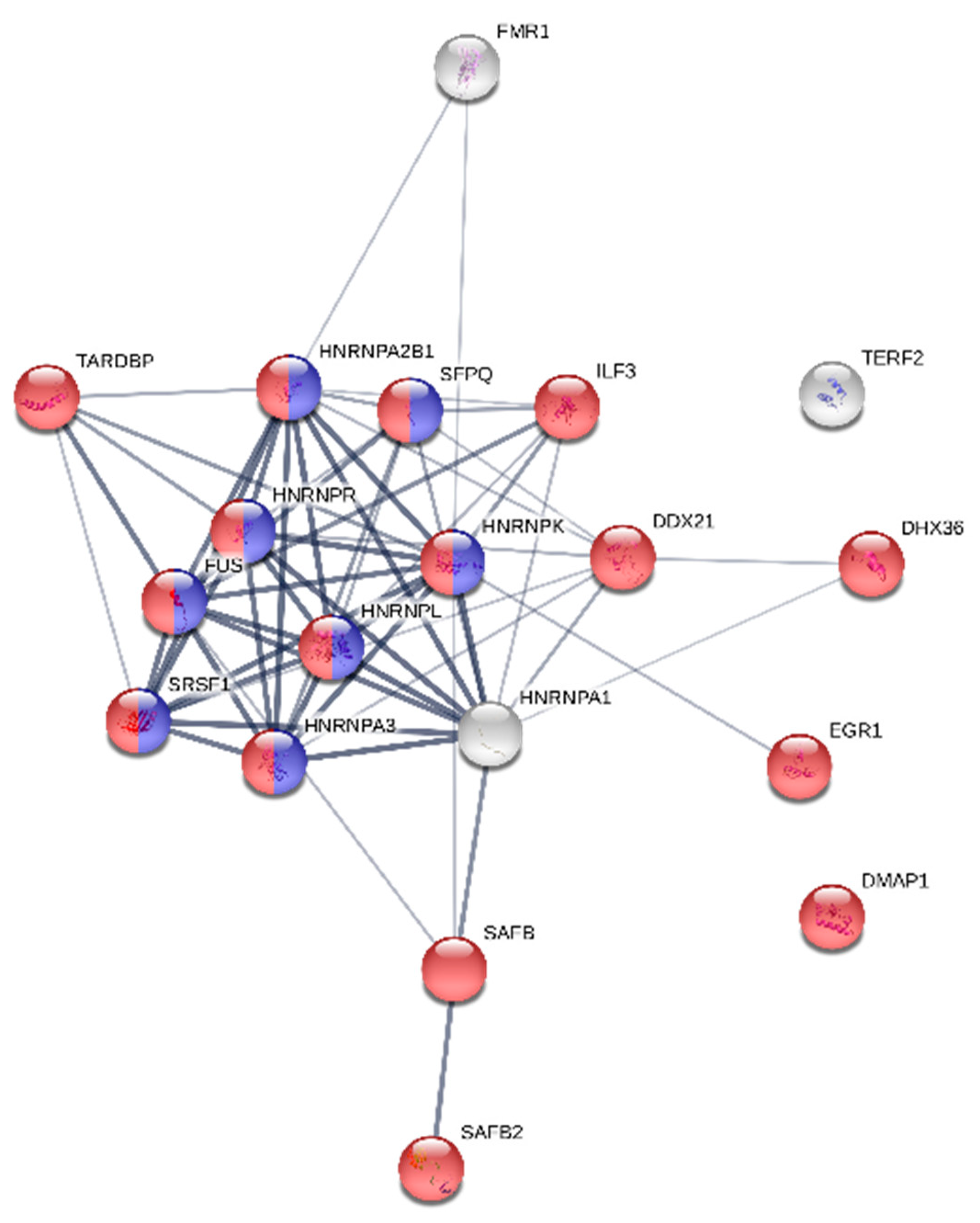