Relationship between Antioxidant and Anticancer Activity of Trihydroxyflavones

:
Plant polyphenols have been highlighted not only as chemopreventive, but also as potential anticancer substances. Flavones are a subclass of natural flavonoids reported to have an antioxidant and anticancer activity. The aim of our study was to evaluate antioxidant and anticancer activity of seventeen trihydroxyflavone derivatives, including apigenin (API) and baicalein (BCL). Also, we wanted to find out if there is a correlation between those two effects. Cell growth inhibition testing was carried out using MTT assay in three different human cancer cell lines: lung (A549), breast (MCF-7) and brain epithelial (U87). Antioxidant activity was determined by the DPPH radical scavenging method. Thirteen trihydroxyflavones possessed anticancer activity against at least one tested cancer cell line. They were more active against the MCF-7 cell line, and the lowest activity was determined against the U87 cell line. The majority of compounds inhibited cancer cell growth at EC50 values between 10–50 µM. The most active compound was 3’,4’,5-trihydroxyflavone 7, especially against A549 and MCF-7 cell lines. The correlation between anti-proliferative and antioxidant activity was only moderate, and it was determined for A549 and U87 cancer cell lines. The most important fragment for those two effects is the ortho-dihydroxy group in ring B. Conclusions. Trihydroxyflavones demonstrated anticancer activity. Further and more detailed studies should to be carried out to estimate the structure–activity relationship of these compounds.
Keywords:
trihydroxyflavone; flavonoid; antioxidant; anticancer; structure-activity relationship

2.3. The Correlation between Trihydroxyflavone Anti-Proliferative and Antioxidant Effect

Cell viability was studied using the method of MTT. Cells (100 μL) were seeded in 96-well plates in triplicate (5 × 103 cells/well) and incubated at 37 °C for 24 h. Then, serial dilutions of tested compounds (from 100 µM to 3.125 µM) were made in microplates. Cells treated only with medium containing 0.25% DMSO served as a negative control. Free medium without cells was used as a positive control. After 72 h incubation at 37 °C, 20 μL of MTT 0.5 mg/mL solution in sterile water was added into each well. After 4 hours, the liquid was aspirated from the wells and discarded. Formazan crystals were dissolved in 100 μL of DMSO, and absorbance was measured at a test wavelength of 490 nm and a reference wavelength of 630 nm using a multi-detection microplate reader. The experiments were repeated three times independently, and the results are presented as the means ± SD.
Applying Hill fit to compound dose–cell metabolic activity (absorbance) curves, the effective concentration (EC50) values, reducing cell viability by 50%, were calculated.

The antioxidant activity of trihydroxyflavones was tested by the 2,2-diphenyl-1-picrylhidrazyl (DPPH) radical scavenging method. DPPH 60 µM solution was prepared in 96.6% of alcohol immediately before each experiment and protected from light.
In a 1-cm diameter quartz cell, 1 mL of ethanolic DPPH solution was mixed with 5 µL of tested trihydroxyflavone solution in DMSO. DPPH ethanolic solution (1 mL) mixed with 5 µL of DMSO served as a negative control. Also, the antioxidant activity of Trolox was established in parallel, and this substance served as a positive control.
Light absorbance was measured at a wavelength of 515 nm using a spectrophotometer: Cary 8454 UV-Vis (Agilent Technologies). Ethanol (96.6%) was used as a blank solution. Experimentally, it has been determined that absorbance constantly decreases and stabilizes after 30 min.; thus, the absorbance of all tested samples was measured 30 min. after the preparation of sample of tested compounds.
Antioxidant activity was evaluated by calculating the effective concentration (EC50) at which the tested compound reduced the free radical induced oxidation by 50%. Hill fit to compound dose–antioxidant activity (absorbance) was used.

We are grateful to Vytautas Smirnovas from Vilnius University, Institute of Biotechnology, who provided the trihydroxyflavones used in this research. 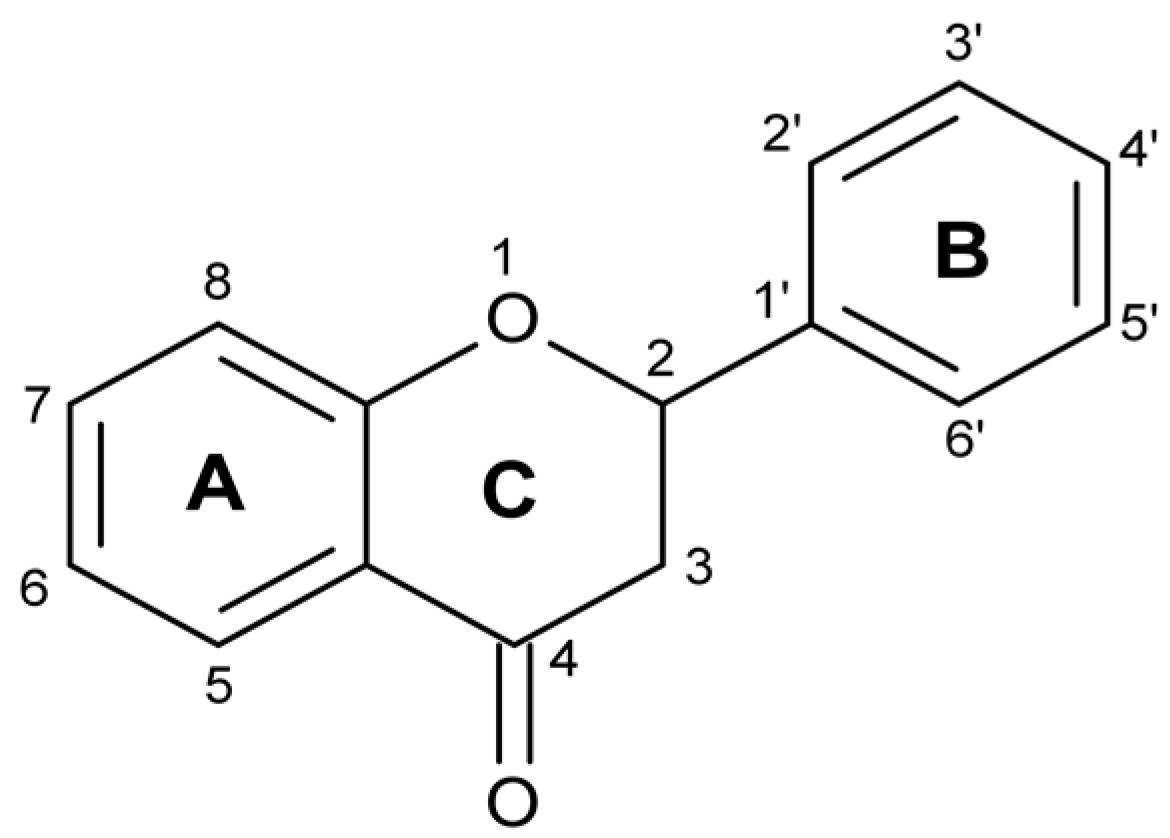 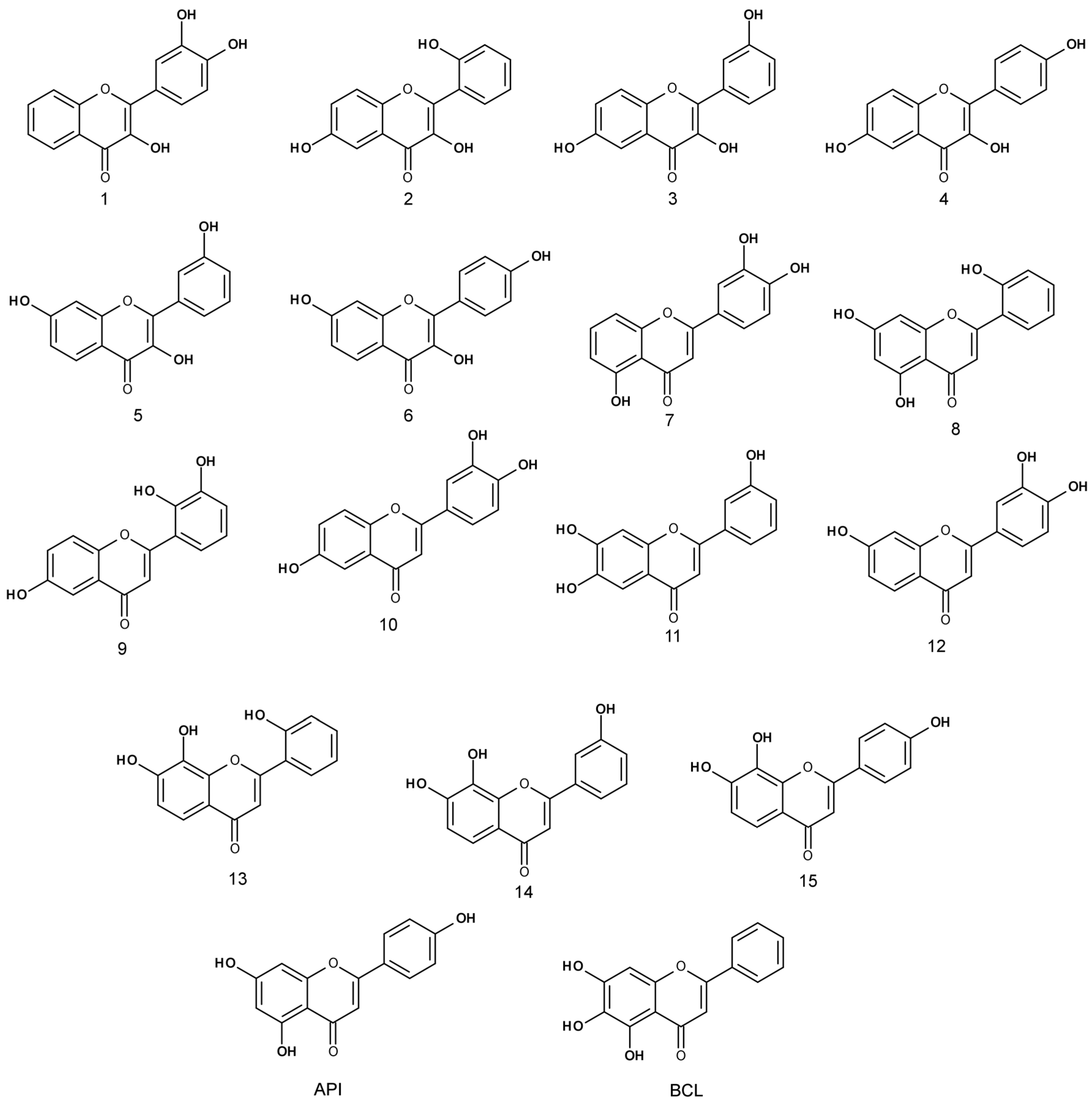 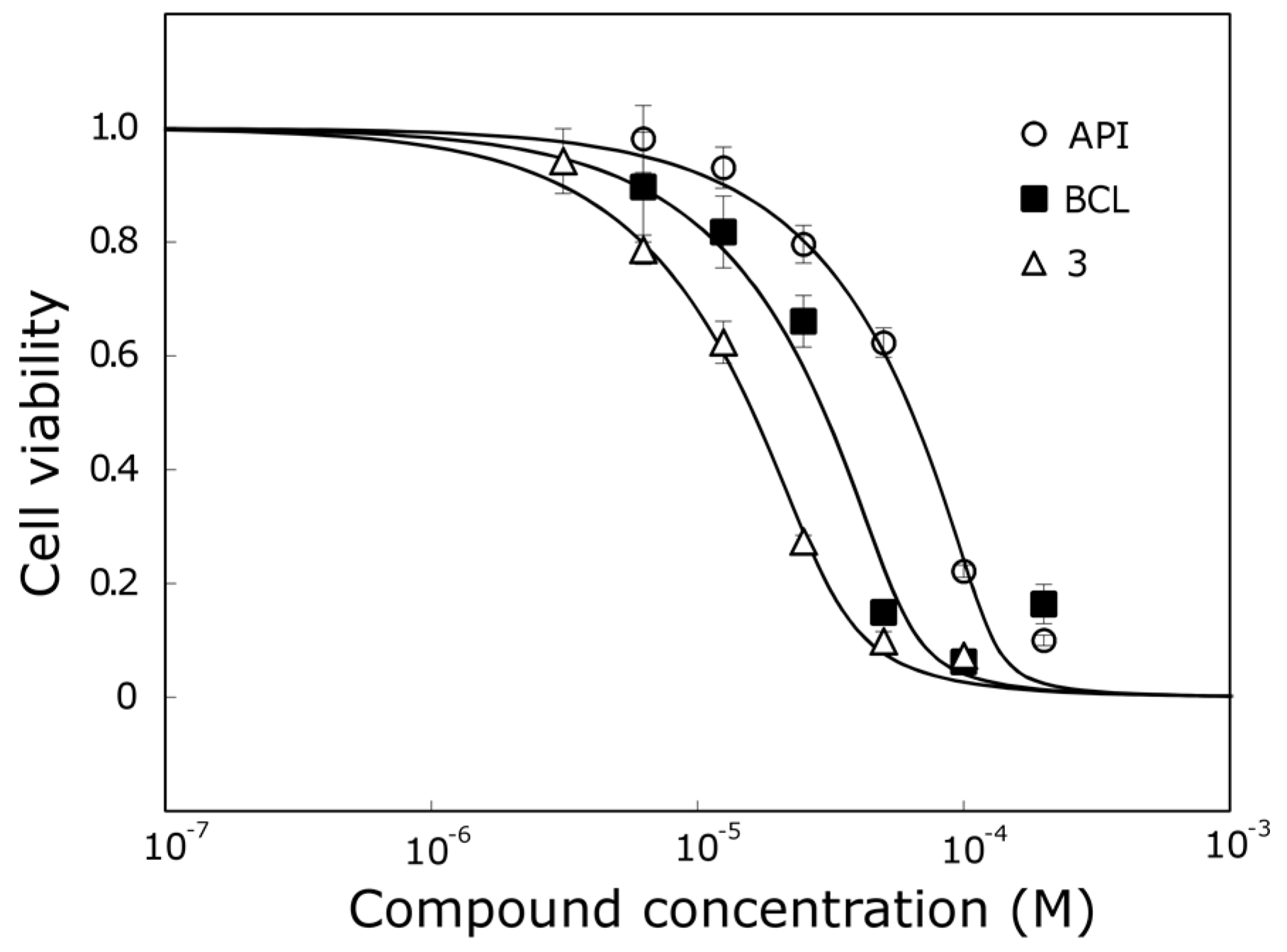