The high incidence of Mycobacterium infection, notably multidrug-resistant M. tuberculosis infection, has become a significant public health concern worldwide. In this study, we isolate and analyze a mycobacteriophage, BTCU-1, and a foundational study was performed to evaluate the antimycobacterial activity of BTCU-1 and its cloned lytic endolysins. Using Mycobacterium smegmatis as host, a mycobacteriophage, BTCU-1, was isolated from soil in eastern Taiwan. The electron microscopy images revealed that BTCU-1 displayed morphology resembling the Siphoviridae family. In the genome of BTCU-1, two putative lytic genes, BTCU-1_ORF7 and BTCU-1_ORF8 (termed lysA and lysB, respectively), were identified, and further subcloned and expressed in Escherichia coli. When applied exogenously, both LysA and LysB were active against M. smegmatis tested. Scanning electron microscopy revealed that LysA and LysB caused a remarkable modification of the cell shape of M. smegmatis. Intracellular bactericidal activity assay showed that treatment of M. smegmatis—infected RAW 264.7 macrophages with LysA or LysB resulted in a significant reduction in the number of viable intracellular bacilli. These results indicate that the endolysins derived from BTCU-1 have antimycobacterial activity, and suggest that they are good candidates for therapeutic/disinfectant agents to control mycobacterial infections. View Full-Text
Keywords: mycobacteriophage; endolysin; antimycobacterial mycobacteriophage; endolysin; antimycobacterial
►▼ Show Figures 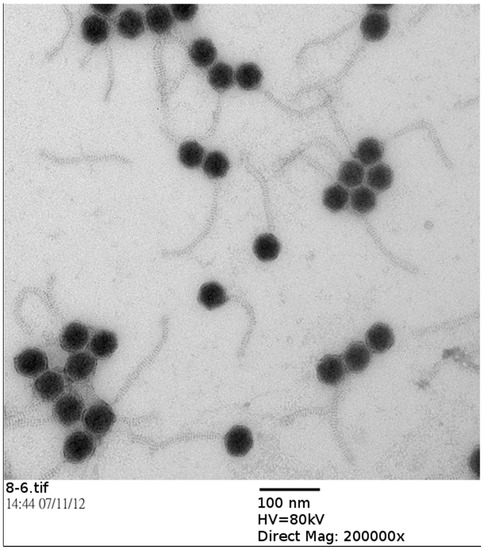