Polysaccharides Coatings on Medical-Grade PVC: A Probe into Surface Characteristics and the Extent of Bacterial Adhesion

Medical-grade polyvinyl chloride was coated by polysaccharides through a novel physicochemical approach. An initial surface activation was performed foremost via diffuse coplanar surface barrier discharge plasma in air at ambient temperature and pressure. Then, radical graft copolymerization of acrylic acid through grafting-from pathway was directed to render a well-defined brush of high density, and finally a chitosan monolayer and chitosan/pectin alternating multilayer were bound onto the functionalized surfaces. Surface characteristics were systematically investigated using several probe techniques. In vitro bacterial adhesion and biofilm formation assays indicated that a single chitosan layer was incapable of hindering the adhesion of a Staphylococcus aureus bacterial strain, while up to 30% reduction was achieved by the chitosan/pectin layered assembly. On the other hand, chitosan and chitosan/pectin multilayer could retard Escherichia coli adhesion by 50% and 20%, respectively. Furthermore, plasma treated and graft copolymerized samples were also found effective to diminish the degree of adherence of Escherichia coli. View Full-Text
Keywords: antibacterial compound; polysaccharide; polyvinyl chloride; chitosan; pectin antibacterial compound; polysaccharide; polyvinyl chloride; chitosan; pectin
►▼ Show Figures 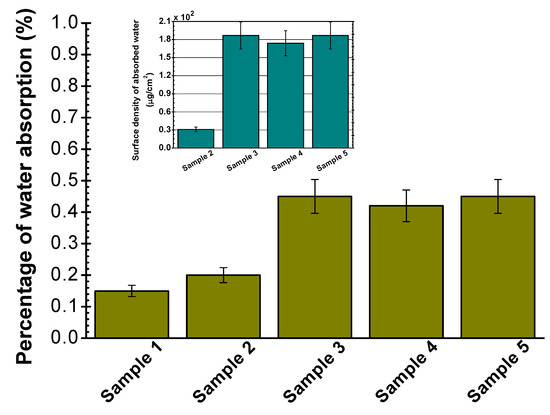 
Asadinezhad A, Novák I, Lehocký M, Bílek F, Vesel A, Junkar I, Sáha P, Popelka A. Polysaccharides Coatings on Medical-Grade PVC: A Probe into Surface Characteristics and the Extent of Bacterial Adhesion. Molecules. 2010; 15(2):1007-1027.