Thermalization in a Quantum Harmonic Oscillator with Random Disorder

Consciousness as an Emergent Phenomenon: A Tale of Different Levels of Description

One of the biggest queries in cognitive sciences is the emergence of consciousness from matter. Modern neurobiological theories of consciousness propose that conscious experience is the result of interactions between large-scale neuronal networks in the brain, traditionally described within the realm of classical physics. Here, we propose a generalized connectionist framework in which the emergence of “conscious networks” is not exclusive of large brain areas, but can be identified in subcellular networks exhibiting nontrivial quantum phenomena. The essential feature of such networks is the existence of strong correlations in the system (classical or quantum coherence) and the presence of an optimal point at which the system’s complexity and energy dissipation are maximized, whereas free-energy is minimized. This is expressed either by maximization of the information content in large scale functional networks or by achieving optimal efficiency through the quantum Goldilock effect.
Keywords: neural synchronization; consciousness; quantum biology; brain dynamics; brain connectivity neural synchronization; consciousness; quantum biology; brain dynamics; brain connectivity

The relation between behavior and brain function is the main task of cognitive neuroscience. In particular, one of the biggest queries in cognitive sciences and philosophy is the emergence of consciousness from matter [1,2]. A natural question to ask is at what level is consciousness generated, that is, what is the neural substrate of conscious experience and where it is located. Different possibilities have been explored, ranging from the cellular level to the level of the whole or at least large parts of the brain [3].
One reason that makes this question hard to answer is that, as with other primordial questions in science, there is not a precise definition of consciousness, one that is accepted by all the scientific community [4] (but see some proposals about the advantages of a less strict definition of consciousness in [5]). Similar conundrums can be found all across biological sciences. Even the concept of life itself leads to several possible definitions and diverse proposals to define life had been advanced during the years, more or less emphasizing particular attributes of biological systems [6]. Furthermore, if one were asked where in an organism resides a property called “life”, in other words, what part of the organism is alive, one would probably consider the question misleading or simply wrong. One would eventually conclude that life is a global property that has no specific scale, and, in fact, considering that basic aspects of life are exchange of energy, reproduction and compartmentalization, inorganic compounds which have these properties could be considered “alive” to some extent [7], as similar principles of organization apply to the living and the nonliving [8]. The organism is a complex system at all possible scales, from systems made up of organs down to the molecular scale, and each part contributes to the whole in an irreducible way. Failure at any scale can lead to the collapse of the organism; consider, for example, damage to the DNA structure by ionizing radiation at the molecular level, or heart failure at the organ level.
Where in the nervous system (or more generally, in the organism) consciousness resides may constitute a question of a similar nature. One possible answer could be that consciousness does not reside within any specific structure and that it cannot be clearly associated with a particular spatial scale. Another possibility is that consciousness appears at a specific scale, associated with a structure or group of structures. This is the question we address here. We start by acknowledging the overwhelming evidence supporting the idea that integration in large-scale neural networks may constitute the underlying mechanism of conscious phenomena, at least at the mesoscopic or macroscopic level of description.
However, we also address the possibility that conscious phenomena can result from, or at least be enhanced by, non-trivial quantum effects. Does quantum physics plays a role in the emergence of conscious phenomena? Undeniably, quantum mechanics plays a fundamental role in chemistry and therefore in physiology. Some authors have argued that it may also have an indirect but important role in neurochemical processes related to cognition [9]. However, the idea that quantum effects could play a direct role on consciousness remains speculative [10,11]. Nevertheless, alternative explanations to prevalent paradigms do exist. In particular, several authors have proposed during the course of the last few decades, the possibility that consciousness could arise as a result of non-trivial quantum mechanical processes, such as quantum coherence and entanglement (for a magnificent recent review see in [12]). Here, we find common principles underlying both large-scale and quantum theories of theories of consciousness, by focusing on a connectionist approach to the emergence of consciousness. We propose the hypothesis that consciousness is a multiscale phenomenon that could appear both as a result of large-scale interactions in neural networks or due to non-trivial quantum phenomena within cells.

3. Towards a Multiple-Scale Theory of Consciousness

The main question we have tried to address can be summarized as follows. What is the size of the smallest illuminated spots, the building blocks in the Cartesian theater of consciousness mentioned above? We have identified fundamental principles common to theories of consciousness, both classical and quantum. We have presented plausible arguments in favor of a multiscale connectionist approach to consciousness, with quantum effects playing a possible role in enhancing the generation of conscious phenomena. The experimental evidence in favor of such idea is not too clear, but there are certain puzzling questions about the mechanism of action of general anesthesia that may require the incorporation of quantum physics. Moreover, the last years have witnessed the development of the new field of quantum biology. Quantum coherence and entanglement seem to play a role in several physiological processes. Under this perspective, it is instructive to analyze the problem of the emergence of consciousness under a generalized connectionist point of view, where networks associated to conscious experience appear at different scales, including subcellular, and can be affected or enhanced by quantum correlations. We identify quantum coherence and entanglement as possible sources of temporal correlation, in analogy as neural synchronization supposedly underlies large neuronal network information integration. We also identify the quantum Goldilock effect to be analogue to the fine tuning of parameters observed in global neuronal networks during the emergency of consciousness. In both cases, it is the interplay between noise and correlation in the system that leads to an increase in system’s efficiency. We speculate that is this constitute a general principle underlying the emergence of conscious awareness.
This principle is most clearly understood within a thermodynamic context. We propose that the emergence of consciousness results from minimization of free energy and the corresponding increase of energy dissipation as is the case for other emergent phenomena in nonequilibrium systems. This claim is supported by neurophysiological evidence in large-scale neuronal networks. At the quantum level, recent accounts in quantum biology also point in this direction, emphasizing that biological systems are open, nonequilibrium systems, where quantum behavior can be preserved at physiological temperatures and where dissipation is not a hindrance but rather helps the process of energy transport within molecular complexes.
The concept that consciousness is a multiscale phenomenon is still a speculative idea and further research is needed in order to prove or disprove it. In particular, direct evidence is needed in support of the idea that nontrivial quantum effects can influence or produce conscious phenomena. One difficulty in this sense is to separate possible direct quantum effects (for example, in microtubules within neurons) from the cascade of neural activity that they may generate. Furthermore, most of the research in quantum consciousness relates with the action of anesthetics, which is associated to the lack or at least the partial suppression of consciousness. Can it be that other types of conscious phenomena related to cognition and perception are affected by the same physical effects? Can entanglement or quantum coherence be observed at macroscopic scales, such as between different brain areas? Detailed experimental evaluation of these possibilities is still needed.
Finally, the philosophical consequences of this idea require further exploration. Are multiscale emergent phenomena common in nature? As discussed above, life could be an example of multiscale phenomenon, if we decide that viruses as well as multicellular organisms are both alive. However, the limit between living and non-living matter is difficult to outline, at least in the philosophical sense. Similar problems appear when analyzing other emergent structures such of complex societies or the weather. Future work on several disciplines ranging from the natural and social sciences to philosophy and epistemology would be needed in order to respond to this crucial question.

This research was funded by ERC Consolidator grant BabyRhythm 773202. 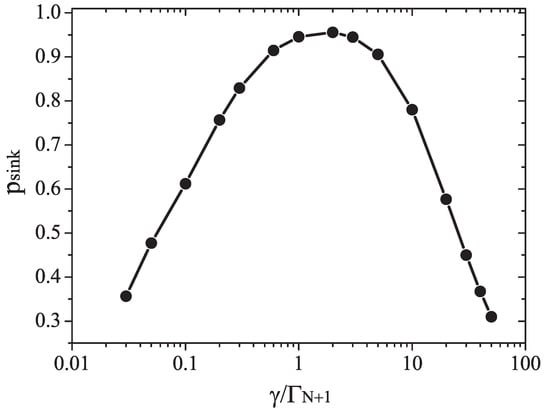 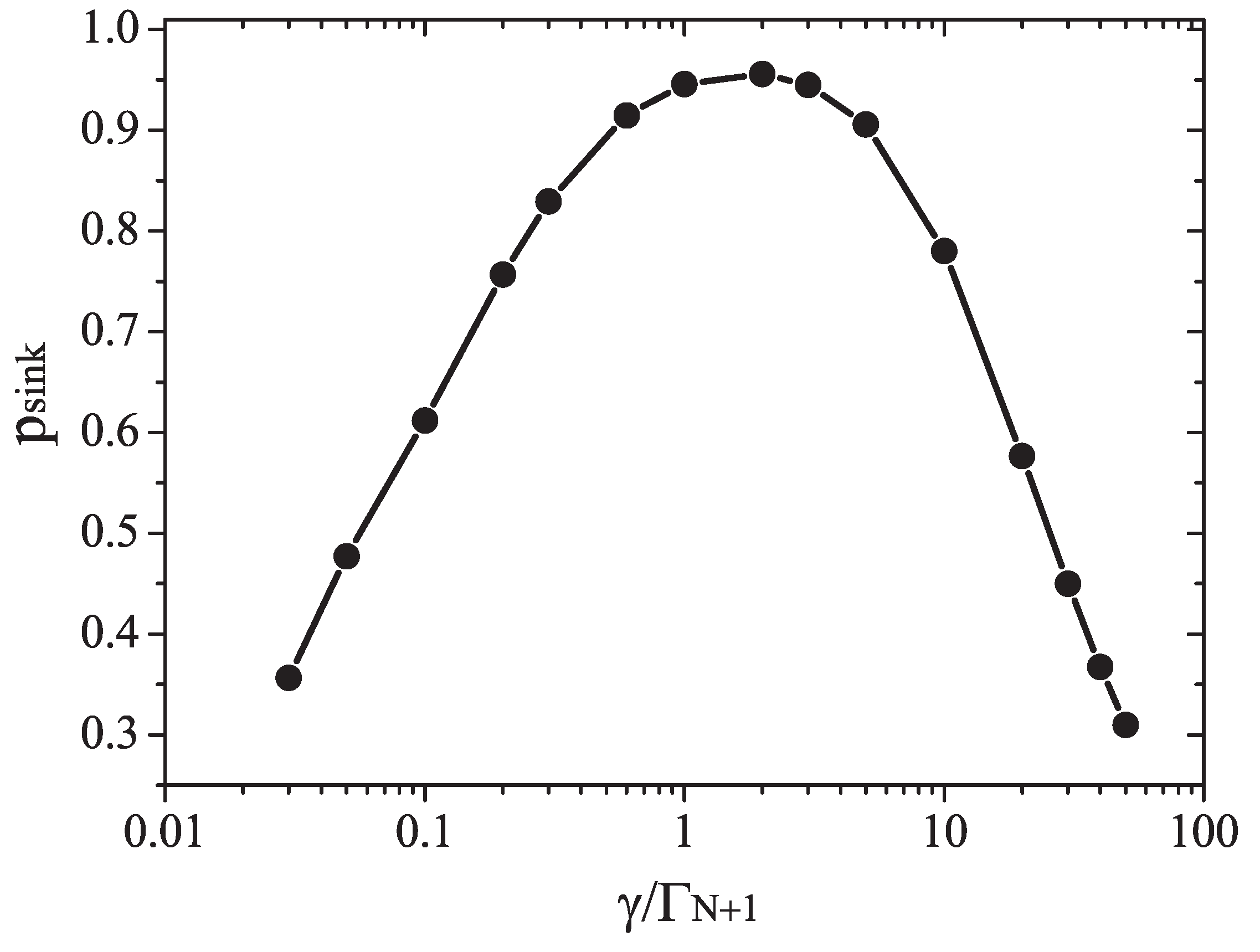