Measuring centrality has recently attracted increasing attention, with algorithms ranging from those that simply calculate the number of immediate neighbors and the shortest paths to those that are complicated iterative refinement processes and objective dynamical approaches. Indeed, vital nodes identification allows us to understand the roles that different nodes play in the structure of a network. However, quantifying centrality in complex networks with various topological structures is not an easy task. In this paper, we introduce a novel definition of entropy-based centrality, which can be applicable to weighted directed networks. By design, the total power of a node is divided into two parts, including its local power and its indirect power. The local power can be obtained by integrating the structural entropy, which reveals the communication activity and popularity of each node, and the interaction frequency entropy, which indicates its accessibility. In addition, the process of influence propagation can be captured by the two-hop subnetworks, resulting in the indirect power. In order to evaluate the performance of the entropy-based centrality, we use four weighted real-world networks with various instance sizes, degree distributions, and densities. Correspondingly, these networks are adolescent health, Bible, United States (US) airports, and Hep-th, respectively. Extensive analytical results demonstrate that the entropy-based centrality outperforms degree centrality, betweenness centrality, closeness centrality, and the Eigenvector centrality. View Full-Text
Keywords: complex network; vital nodes; weighted networks; centrality; entropy-based centrality complex network; vital nodes; weighted networks; centrality; entropy-based centrality
►▼ Show Figures 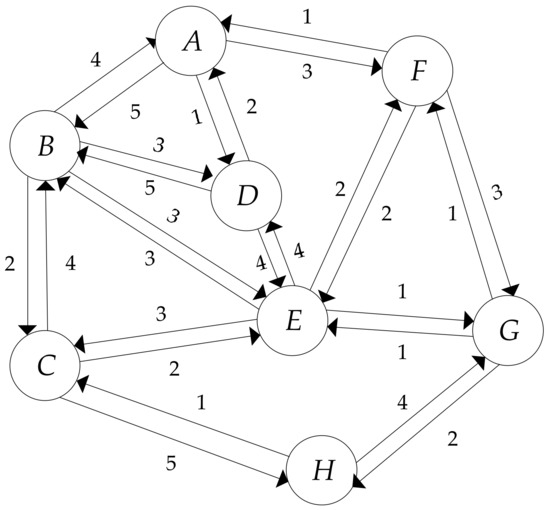