Land-Use Planning for Urban Sprawl Based on the CLUE-S Model: A Case Study of Guangzhou, China
Previous Article in Journal

Entropy Measures of Street-Network Dispersion: Analysis of Coastal Cities in Brazil and Britain

Geographical location and landforms of various types have strong effects on the developments of many cities and associated street networks. This study presents new results of landform effects, in particular the geometry of shorelines, on the grid street networks (a total of 10,442 streets) of three Brazilian coastal cities. The results are compared with the street networks of three coastal cities in Britain (a total of 22,002 streets) that have evolved through a more natural “bottom-up” process. Gibbs/Shannon entropy (a measure of dispersion) generally has a positive linear correlation with length ranges and the average lengths of the street, and for the power-law tails in particular. The geometry of the adjacent shorelines has great effect on the spatial orientation of streets in the Brazilian cities but less so for the networks of the British cities. More specifically, the more curved the shoreline, the greater is the dispersion in the street orientation and the greater the associated entropy. The results also show that the length-entropies of the outer parts of the Brazilian cities are generally lower than those of the inner parts, whereas the entropies of outer parts of the British cities are higher than those of the inner parts, indicating dispersion during street-network growth in the British cities. View Full-Text
Keywords: size distribution; entropy; dispersion; landforms size distribution; entropy; dispersion; landforms
►▼ Show Figures 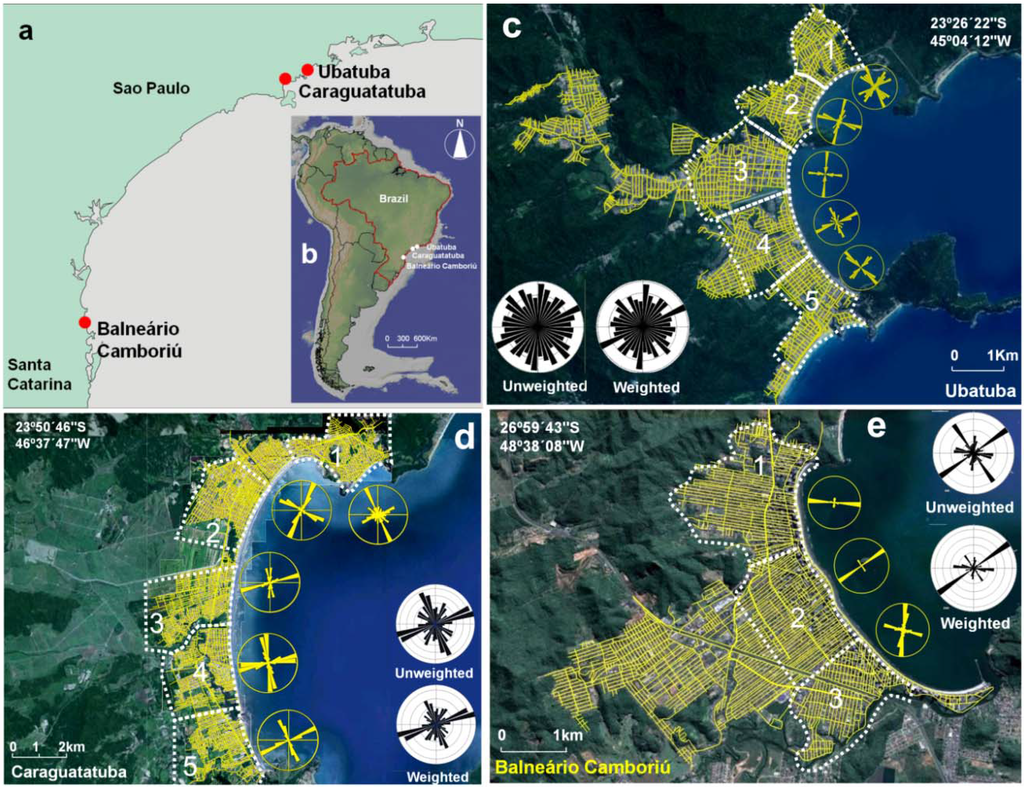