Deep Ensembles Based on Stochastic Activations for Semantic Segmentation

Semantic segmentation is a very popular topic in modern computer vision, and it has applications in many fields. Researchers have proposed a variety of architectures for semantic image segmentation. The most common ones exploit an encoder–decoder structure that aims to capture the semantics of the image and its low-level features. The encoder uses convolutional layers, in general with a stride larger than one, to extract the features, while the decoder recreates the image by upsampling and using skip connections with the first layers. The objective of this study is to propose a method for creating an ensemble of CNNs by enhancing diversity among networks with different activation functions. In this work, we use DeepLabV3+ as an architecture to test the effectiveness of creating an ensemble of networks by randomly changing the activation functions inside the network multiple times. We also use different backbone networks in our DeepLabV3+ to validate our findings. A comprehensive evaluation of the proposed approach is conducted across two different image segmentation problems: the first is from the medical field, i.e., polyp segmentation for early detection of colorectal cancer, and the second is skin detection for several different applications, including face detection, hand gesture recognition, and many others. As to the first problem, we manage to reach a Dice coefficient of 0.888, and a mean intersection over union (mIoU) of 0.825, in the competitive Kvasir-SEG dataset. The high performance of the proposed ensemble is confirmed in skin detection, where the proposed approach is ranked first concerning other state-of-the-art approaches (including HarDNet) in a large set of testing datasets. View Full-Text
Keywords: semantic segmentation; activation function; deep ensembles semantic segmentation; activation function; deep ensembles
►▼ Show Figures 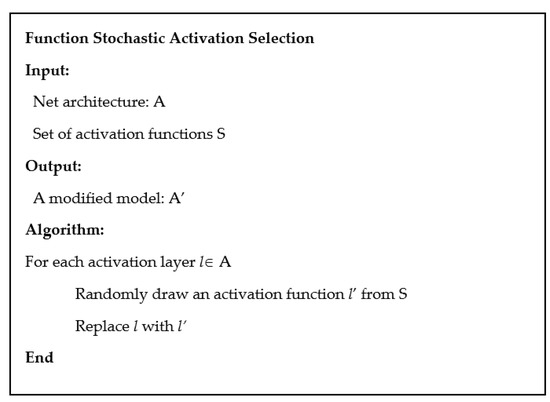 Alessandra Lumini
Alessandra Lumini is an Associate Researcher at the Department of Computer Science and Engineering of the University of Bologna. She received a degree in Computer Science from the University of Bologna, Italy, on March 26, 1996. In 2001, she received her Ph.D. degree for her work on "Image Databases". Now, she is an Associate Researcher at the University of Bologna. She is a member of the Biometric Systems Lab and of the Smart City Lab. She is interested in Biometric Systems, Pattern Recognition, Machine Learning, Image Databases, Multidimensional Data Structures, Digital Image Watermarking, and Bioinformatics.

Loris Nanni
https://www.researchgate.net/profile/Loris-Nanni
Zoom | Orient | As Lines | As Sticks | As Cartoon | As Surface | Previous Scene | Next Scene
We use cookies on our website to ensure you get the best experience. Read more about our cookies here.
Accept
We have just recently launched a new version of our website. Help us to further improve by taking part in this short 5 minute survey here. here.
Never show this again