Developments in Concert Hall Acoustics in the 1960s: Theory and Practice

After the war, there was a general understanding of reverberation time (RT), including how to measure it and its significance, as well as its link to a state of diffusion. Reverberation refers to a property of late sound; there was an appreciation that early sound must be significant, but in what way? Research had begun in the 1950s using simulation systems in anechoic chambers, with the Haas effect of 1951 being the most prominent result. Thiele’s Deutlichkeit, or early energy fraction, was important from 1953 and indirectly found expression in Beranek’s initial time delay gap (ITDG) from 1962. The 1960s produced a possible explanation for RTs in halls being shorter than calculations predicted, the importance of early sound for the sense of reverberation (EDT), the nature of directional sensitivity, conditions for echo disturbance, and the importance of early lateral reflections. Much of the research in the 1960s laid the foundations for research investigating the relative importance of the various subjective effects for concert hall listening. Important concert halls built during the period include Philharmonic Hall, New York (1962); Fairfield Hall, Croydon, London (1962); the Philharmonie, Berlin (1963); and De Doelen Hall, Rotterdam (1966). The parallel-sided halls of the past were rarely copied, however, due to architectural fashion. These various halls will be discussed as they make a fascinating group. View Full-Text
Keywords: concert hall acoustics; objective measures for concert hall acoustics; auditoria built in the 1960s concert hall acoustics; objective measures for concert hall acoustics; auditoria built in the 1960s
►▼ Show Figures 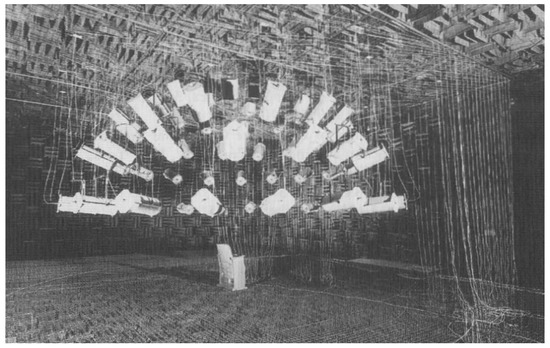