The Potential of Drones and Sensors to Enhance Detection of Archaeological Cropmarks: A Comparative Study Between Multi-Spectral and Thermal Imagery

Unmanned Aircraft Systems (UAS) are widely being employed in various applications due to their vast functionality and the recent advances in the technology. Their wide range of applications include but not limited to search and rescue, wind turbine inspection, reconnaissance and mapping, target tracking, environmental monitoring, etc. [1,2,3,4,5,6,7]. Quad rotorcraft is one of the most flexible UAS platforms with hovering and Vertical Takeoff and Landing (VTOL) capabilities [1,8]. Due to their unprecedented role in performing aerial operations, UAS attract tremendous interests from different research communities. Specifically, designing control methodologies for UAS requires rigorous consideration, due to their inherently unstable nature, system dynamics uncertainties and also the existence of the environmental disturbances.
Reviewing the related works in the UAS control scheme shows that most of the state-of-the-art methods require detailed information about the system (i.e., the UAS dynamics). Considering the facts that the dynamics of UAS are nonlinear and complex, and also there are uncertainties imposed to the system, such as system dynamics uncertainties and noise/disturbances, the development of a model-free adaptive intelligent controller becomes a paramount importance. Furthermore, when dealing with real-time systems, in addition to handling the model uncertainties, diverse issues such as instability of the system during the online training of the learning based control techniques might arise. For this reason, the development of control strategies with less dependency on the full knowledge of the system dynamics and also ensuring the reliable online training phase is critical for successfully accomplishing the robot’s mission.

To overcome the challenges of controlling the UAS, diverse control schemes have been proposed. For example, a reinforcement learning based methodology was proposed by authors in [9] to stabilize a quad rotorcraft. The authors in [10] investigated the stabilization of a quad rotorcraft during flight by employing an adaptive fuzzy logic controller. Closely related, the development of an adaptive sliding mode control approach was studied by the authors in [11] for controlling the flight of the UAS. In addition, an adaptive neural network based controller has been proposed in [12]. Recently, the authors in [13] used a quaternion representation for developing a nonlinear robust output feedback tracking control for a UAS. Moreover, neural network based nonlinear model reference adaptive controller has been proposed in [14] for controlling a UAS. More recently, designing a neuro-fuzzy controller for attitude-tracking stabilization of a multi-rotor UAS is investigated in [15]. Furthermore, a robust attitude control of a miniature quad rotorcraft was addressed by the authors in [16]. Despite the advantages of these previous methodologies, to be successfully implemented, most of these state-of-the-art works require detailed information about the system (i.e., the UAS dynamics). Besides, the dependency on the UAS dynamics, the learning based control techniques did not fully consider the occurrence of the instability of the system during their online training phase. In this regard, the development of control strategies with less dependency on the full knowledge of the system dynamics and with reliable online training phase is essential. In recent years, learning based approaches have been extensively utilized for successfully solving diverse complex problems [17,18,19,20,21]. From a control system point of view, neural network based approaches are effective when the system dynamics are fully or partially unknown. Furthermore, the developed controller should ensure the stability of the system during its online training phase and effectively compensate the system performance when there are disturbances occurring in the system.

The main objective of this paper is to develop an adaptive intelligent control for stabilization of a quad rotorcraft with system uncertainties and disturbances. To accomplish this objective, we propose an adaptive neural network (NN) based intelligent controller, which utilizes a neural network based identifier and a neural network based controller. The parameters of the NN-based controller are designed based on both the identified model of the system and the linear controller. A modulator block is utilized for generating a smooth transition between the linear controller and NN-based controller, according to the system states to ensure the stability of the system during its online training phase. Whenever the NN-based controller is in the training phase, the linear controller is activated to keep the system states in a safe region. Therefore, this control architecture could be employed for real-time operation. The learning capability of the proposed approach is validated for stabilizing a quad rotorcraft with promising performance. Furthermore, the robustness of the proposed controller with respect to variations in system parameters has been demonstrated through different simulations.
In other words, the solution proposed in this paper is an adaptive neural network (NN) based intelligent controller, which provides the following benefits:
The rest of the paper is organized as follows. Section 2 presents the problem statement. Our main contribution is introduced in Section 3, which consists of neural network based intelligent control of a quad rotorcraft. Section 4 presents numerical simulation results. The conclusion and future directions of our work are provided in Section 5.

Consider the real-time autonomous flight of a UAS. Consider also the facts that the dynamics of the UAS are nonlinear and complex, and there are uncertainties imposed to the system, such as system dynamics uncertainties and noise/disturbances. The main objective of this research consists on the design of an adaptive intelligent control strategy, which is effective for the real-time autonomous flight of a UAS, even under the system uncertainties and disturbances. The details of the proposed approach are explained in the following subsections.

Neural network based approaches have been extensively applied in the control and identification of dynamic systems [18]. There are different classes of artificial neural networks (ANN), such as multilayer perceptron (MLP), radial basis function (RBF) network, Hopfield network, etc. [23], in which RBF has the capabilities of the local specialization and the global generalization [24]. RBF has also the capability of acting as a universal approximator which is promising for identification and controlling the dynamic systems [24]. A radial basis function (RBF) network is a type of artificial neural network that utilizes the radial basis functions as its activation functions. Radial basis function is a type of radially symmetric functions which their values only depend on the distance from a center vector (i.e., ). In general, the norm (i.e., ) is defined by the Euclidean distance and the radial basis function is considered as a Gaussian function:
In general, the RBF networks consist of three layers: (i) an input layer; (ii) a hidden layer with a nonlinear RBF activation function; and (iii) a linear output layer. In this paper, for each controller, an RBF network is designed where the number of nodes in the input, and output layers are 5, and 1, respectively. The same configuration is used for the NN-based identifier. The number of the nodes in the hidden layer is not fixed. The RBF algorithm utilized in this work, creates neurons one at a time. The error of the new network is checked, and if low enough the RBF algorithm is finished. Otherwise, the next neuron is added. This procedure is repeated until the error goal is met or the maximum number of neurons is reached.
The input to an RBF network can be modeled as a vector of real numbers . Then, the output of the RBF network, which is a scalar function of its input vector, , can be defined by where , , and are the number of neurons in the hidden layer, the center vector for the th neuron, and the weight of the th neuron in the linear output neuron, respectively.
RBF networks has the capability of acting as the universal approximators on a compact subset of [24]. In other words, any continuous function on a closed, bounded set can be approximated by an RBF network with enough f neurons in its hidden layer. Furthermore, the learning and training time of RBF networks is faster in comparison with the MLP [23]. Therefore, an RBF network is employed in the proposed method.

Neural Network Based Identification and Control

The platform implemented for future validation of the proposed algorithm is available at the Unmanned Systems Laboratory (USL) from the University of Nevada, Reno. The Base Station of this testbed runs Ubuntu 14.04 OS, the Robot Operating System (ROS) environment, and Matlab. The UAV platform corresponds to a Bebop drone manufactured by Parrot.
The three-dimensional position of the UAV is obtained by means of a Motion Capture System (MCS) manufactured by OptiTrack. The information provided by the MCS is reported to the OptiTrack Interface PC by means of a Gigabyte Ethernet connection. Next, this information is sent to the Base Station PC by means of an Ethernet connection. The Base Station computer uses this information to execute the adaptive neural network based intelligent control algorithm and to calculate four control signals {, , , }, which are sent to the Bebop platform by means of a WiFi link. Figure 9 and Figure 10 show the experimental testbed and the proposed dataflow which will be used for future evaluation of the proposed algorithm on a Bebop drone.

An adaptive neural network based intelligent controller was developed that can stabilize the unmanned aerial system even under complex environment including system uncertainties, unknown noise and/or disturbance. The proposed methodology was designed and implemented for stabilizing a quad rotorcraft in presence of system dynamics uncertainties and disturbances. The simulation results demonstrate the effectiveness of the proposed method.
Future work will consider the implementation of an adaptive neural network based intelligent control strategy for addressing different tasks such as UAS-based autonomous transportation of loads with uncertain characteristics. 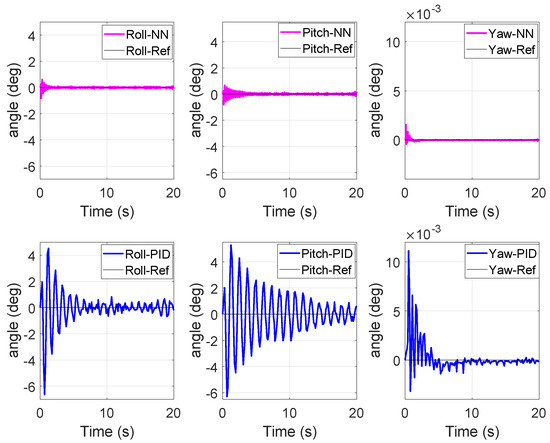 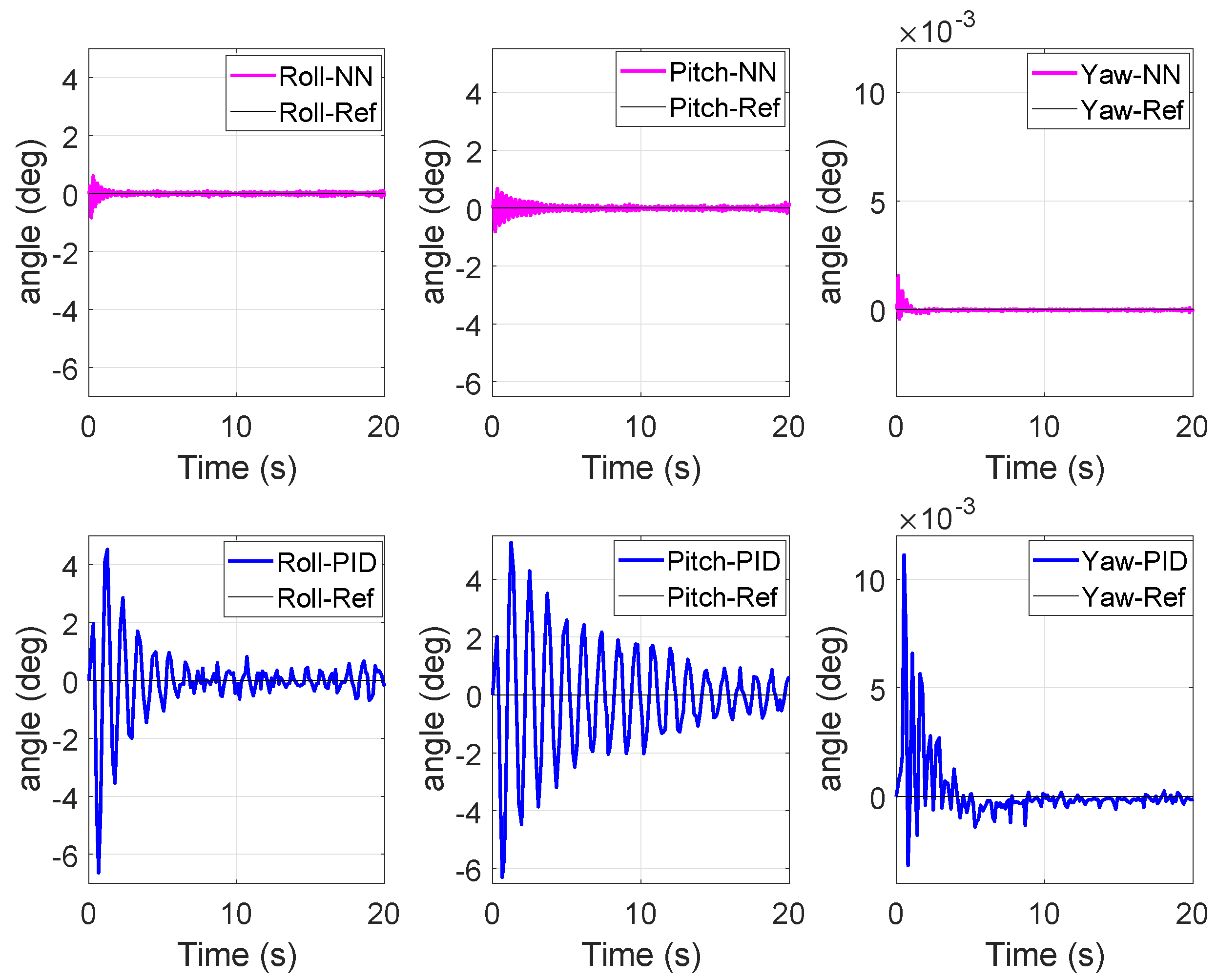 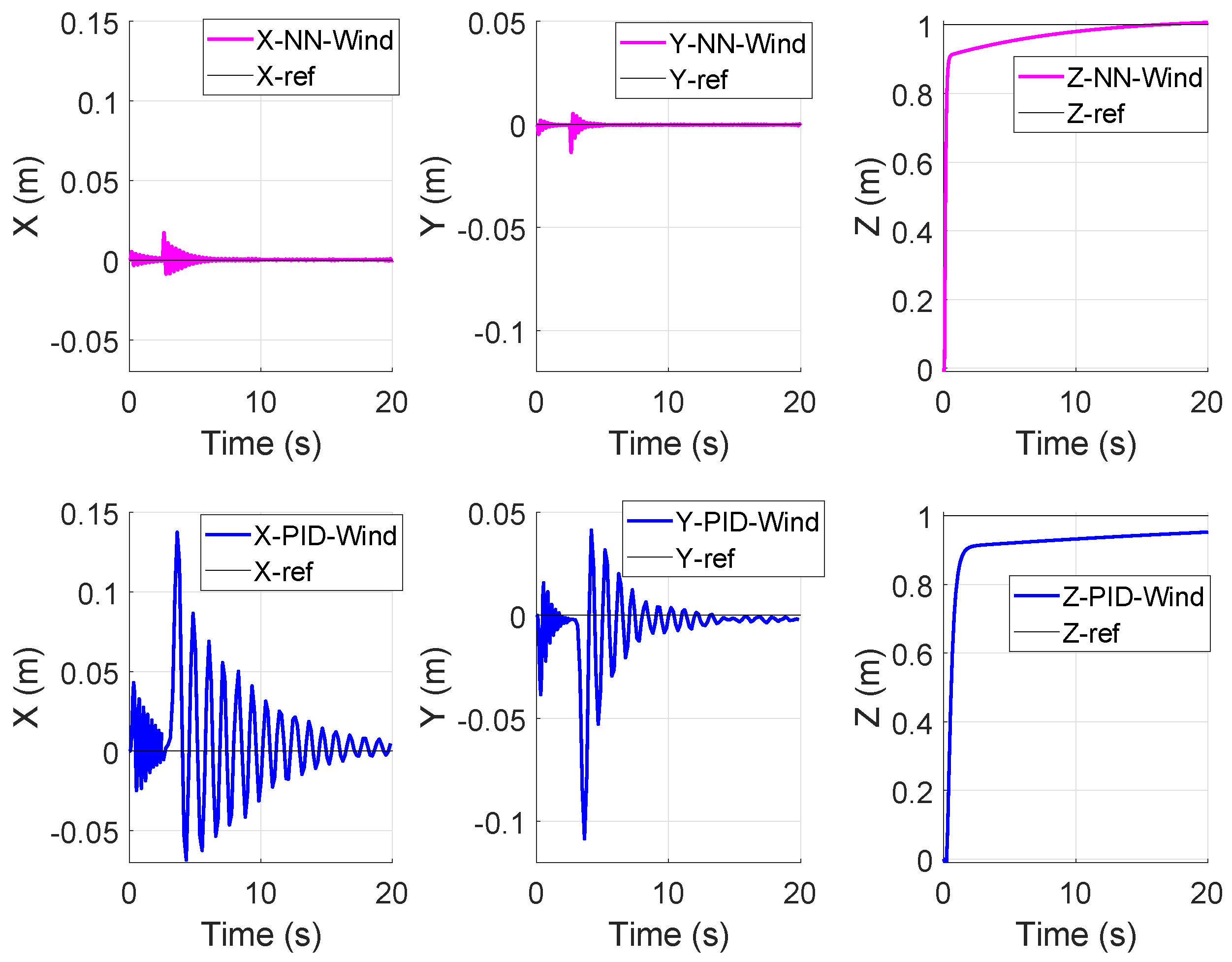 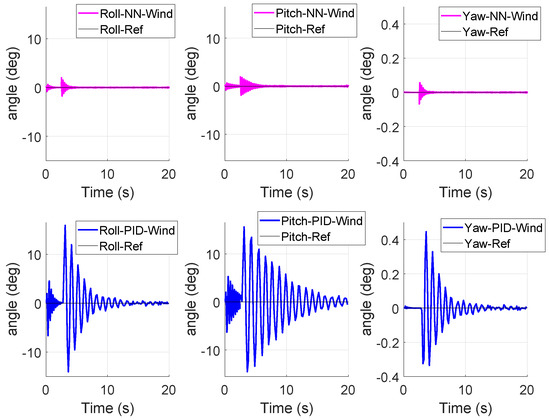 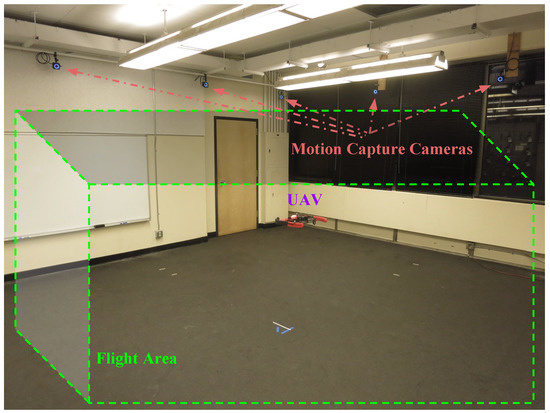 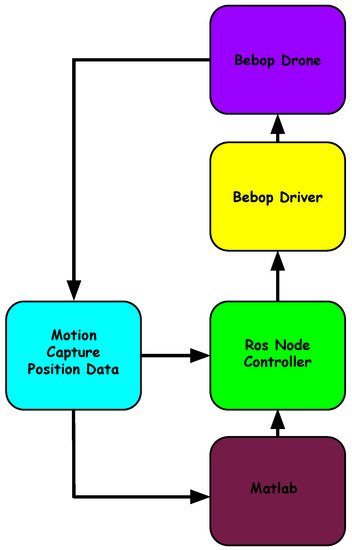 Table 1. System’s parameters and variables definition.
Table 1. System’s parameters and variables definition.
© 2018 by the authors. Licensee MDPI, Basel, Switzerland. This article is an open access article distributed under the terms and conditions of the Creative Commons Attribution (CC BY) license (http://creativecommons.org/licenses/by/4.0/).
We use cookies on our website to ensure you get the best experience. Read more about our cookies here.
Accept
We have just recently launched a new version of our website. Help us to further improve by taking part in this short 5 minute survey here. here.
Never show this again