Molecular Evidence of a Broad Range of Pathogenic Bacteria in Ctenocephalides spp.: Should We Re-Examine the Role of Fleas in the Transmission of Pathogens?
Next Article in Special Issue

Chronic Political Instability and the HIV/AIDS Response in Guinea-Bissau from 2000 to 2015: A Systematic Review

Significant progress has been achieved in the global fight against HIV/AIDS in the last twenty years [1]. Despite these results, which have led to HIV/AIDS becoming a chronically manageable illness over time (distinct from its “framing as a human emergency” [2]), the disease as a social pathology continues to influence, and is influenced by a country’s larger social, economic, and political context. The level of political stability seems to affect a country’s response to HIV/AIDS [3,4,5]. A recent comparative survey of 137 countries established a correlation between countries with lower levels of peace and higher corruption levels and countries with lower antiretroviral therapy (ART) coverage (p < 0.001), suggesting “that there may be a threshold of conflict and corruption levels, below which ART coverage is particularly compromised” [6].
The case of Guinea-Bissau, a small country in West Africa, provides an opportunity to assess how political instability may have affected its unique HIV/AIDS epidemic. Guinea-Bissau suffers from political instability and an unusually high HIV/AIDS burden. While HIV/AIDS remains, to varying degrees, a public health threat in the neighboring countries of The Gambia, Senegal and Guinea, the data on HIV incidence and prevalence suggest that Guinea-Bissau has been significantly more affected than neighboring countries. Appendix A presents the HIV/AIDS incidence and prevalence for the four countries. During the same period (2000–2015), the neighboring countries of Senegal, The Gambia, and Guinea all remained relatively stable or experienced more isolated periods of political instability or uncertainty.
In contrast, Guinea-Bissau emerged from a protracted war of liberation (1963–1974) with its colonizer Portugal and has experienced periods of political instability throughout its existence, as well as violent episodes such as a civil war (1998–1999) [7]. Guinea-Bissau’s cycles of political instability have left it in a “fragility trap” as “one of the most politically unstable countries in the world,” according to the International Monetary Fund [8]. Appendix B provides a timeline of the major milestones in the nation’s history during this 15-year period. Government instability has been defined as “unforeseen and unexpected events such as the end of a government or of an electorate that occurs either legally or by force” [9]. We pragmatically define “chronic political instability” as the lack of functioning government institutions in line with the constitution, laws, and non-written governing traditions of a nation, as well as the manifestations it most commonly takes, such as through civil war, frequent regime change, assassinations, and attempted and successful coups d’état. If, as the World Bank has put forward, “good governance in health systems promotes effective delivery of health services,” then it would be reasonable to assume that the chronicity of Guinea-Bissau’s instability during its post-civil war period undermined the provision of health services, including those related to HIV/AIDS [10].
Beginning around 2003, many countries in sub-Saharan Africa including Guinea-Bissau began to scale up national responses to HIV/AIDS as external funding became more widely available. Following the civil war (1998–1999), the period of the Millennium Development Goals (MDGs) (2000–2015) coincided with a period of chronic political instability in the country. Our hypothesis was that political, administrative, and institutional factors could have hindered the scale-up of HIV/AIDS services and may have increased HIV/AIDS-related social and economic vulnerabilities. While the HIV/AIDS epidemic in Guinea-Bissau and the nature of the country’s political instability have both been investigated, we are not aware of any comprehensive review of the intersection of these two research domains.
To fill this gap, we aimed to systematically review the published data on HIV/AIDS in Guinea-Bissau, explore the role of political instability in the literature on the country’s HIV/AIDS epidemic, and highlight areas that might be considered in future research.

The search objective was to survey the HIV/AIDS knowledge base related to the MDG period of 2000–2015 in Guinea-Bissau and to identify the effects of political instability on HIV outcomes. The literature review was based on the following three domains: (i.) an electronic search of the peer-reviewed literature; (ii.) grey literature, informed by expert opinion; and (iii.) manual research through reference tracing of both i. and ii. The following six electronic databases were used to identify articles in the peer-reviewed literature: PubMed, Web of Science, SciELo, Embase, Banque de Données en Santé Publique (BDSP), and Lilac. The electronic search was conducted in 2017, and the search included records about Guinea-Bissau written in English, French, and Portuguese. Portuguese was included because it is the country’s official language, and French was included because the country’s geography is surrounded by French-speaking African countries and the fact that French is sometimes spoken in the country. The search terms included “Guinea-Bissau,” “HIV/AIDS,” “public health programs,” and “political instability.” Search-engine specific variations of the search terms were used. Translations of search words in Portuguese and French were used where appropriate.

The following items were included: original articles, literature reviews, and scholarly works (reports, books, theses, and dissertations). The following items were excluded through manual screening: papers without an abstract, official recommendations, judicial comments or decisions, declarations, conference proceedings, book reviews, press releases, and glossaries. Works in other languages besides English, French, and Portuguese were excluded, as were works published prior to 1 January 2000 or works that did not relate to the 15-year period under review (2000–2015).

Studies were screened by the first author (J.G.). Titles and abstracts were reviewed. The last author (E.M) reviewed the work, and where there was disagreement, it was presented to a third co-author until unanimity was reached. Duplicate articles were eliminated. A data collection form in Excel included the following information for each study meeting the inclusion criteria: year of publication, journal, type of study, research topic, country affiliation of first author, and language. The consensus-based database of unique articles was constructed and reviewed by J.G. and E.M. for potential coding errors. The systematic review was conducted following the PRISMA guidelines. Figure 1 presents the PRISMA flow chart, Figure 2 summarizes the methodology of the research strategy, and Figure 3 illustrates the results of the analysis process.

The search yielded 946 records from search engines, and an additional 30 articles from the grey literature were added. Exclusion criteria were applied, and the following records were eliminated: duplicates (270), articles published prior to the year 2000 (212), articles written in other languages (7), and articles not found (5). We screened the remaining 482 articles for eligibility and identified 122 articles about HIV/AIDS in Guinea-Bissau during the 15-year period under review. The results are summarized in Table 1, Table 2, Table 3 and Table 4. From 2010 to 2017, there was generally an increase in the number of articles published about HIV/AIDS in Guinea-Bissau compared to the period of 2000–2009. Between 4 and 14 articles were published annually from 2010 to 2017 (see Figure 4). In total, we found 36 studies based on cohort analyses (29.5%) of which 6.6% were specified as prospective analyses, 6.6% were specified as retrospective (6.6%) analyses, and the remainder unspecified (16.4%). Studies based on clinical microbiology (20.5%) were next represented, followed by cross-sectional analyses (13.1%).
We conducted a textual analysis of the 122 articles about HIV/AIDS in Guinea-Bissau (Figure 4). The 122 retained articles were reviewed for any reference to themes related to political instability, e.g., assassinations, coup d’états, governance, and civil war or any of its variants. Six articles described factors related to political instability, and they are summarized in Table 4 The six studies were biomedical in nature and published in biomedical journals. Study populations comprised HIV or TB patient populations, pregnant women, military personnel, and police officers. There were no standard measurements used to measure the effects of political instability.
Four articles described the effects of the civil war (1998–1999) on their respective study populations, measuring effects before, during, or after the civil war [11,12,13,14]. The four studies measured the effects of the civil war on an ongoing cohort being monitored prior to the start of the war. The study of Biague [15] looked at increasing trends in HIV prevalence among military personnel but did not situate his study into a pre- and post-war design; the author offered evidence of high sexual risk-taking but did not explore the effects of the civil war or subsequent years of political instability.
Given the relevance and importance, one article published in 2018 was intentionally added to this research [16]. Of all the studies reviewed, the study of Rasmussen et al. was the most relevant because it most closely responded to our research question, being the only article that included political instability in the title while also framing analysis with reference to health system resilience. This article examined the effects of periods of political instability on public health outcomes by establishing an association between periods of political instability and periods of decreased HIV testing among pregnant women at the national reference maternity hospital.

Guinea-Bissau has experienced a high burden of HIV/AIDS and cycles of political instability that have likely hampered its HIV/AIDS response. We identified scarce results exploring how its post-civil war political instability may have contributed to its high HIV/AIDS disease burden. Our review suggests that most of the research on this “outlier” epidemic in West Africa has followed a predominantly biomedical paradigm. Future research on the HIV/AIDS epidemic in Guinea-Bissau should apply a political epidemiology approach that considers the social and political determinants of HIV/AIDS and recommends how the HIV/AIDS response can be strengthened in light of the country’s political instability. 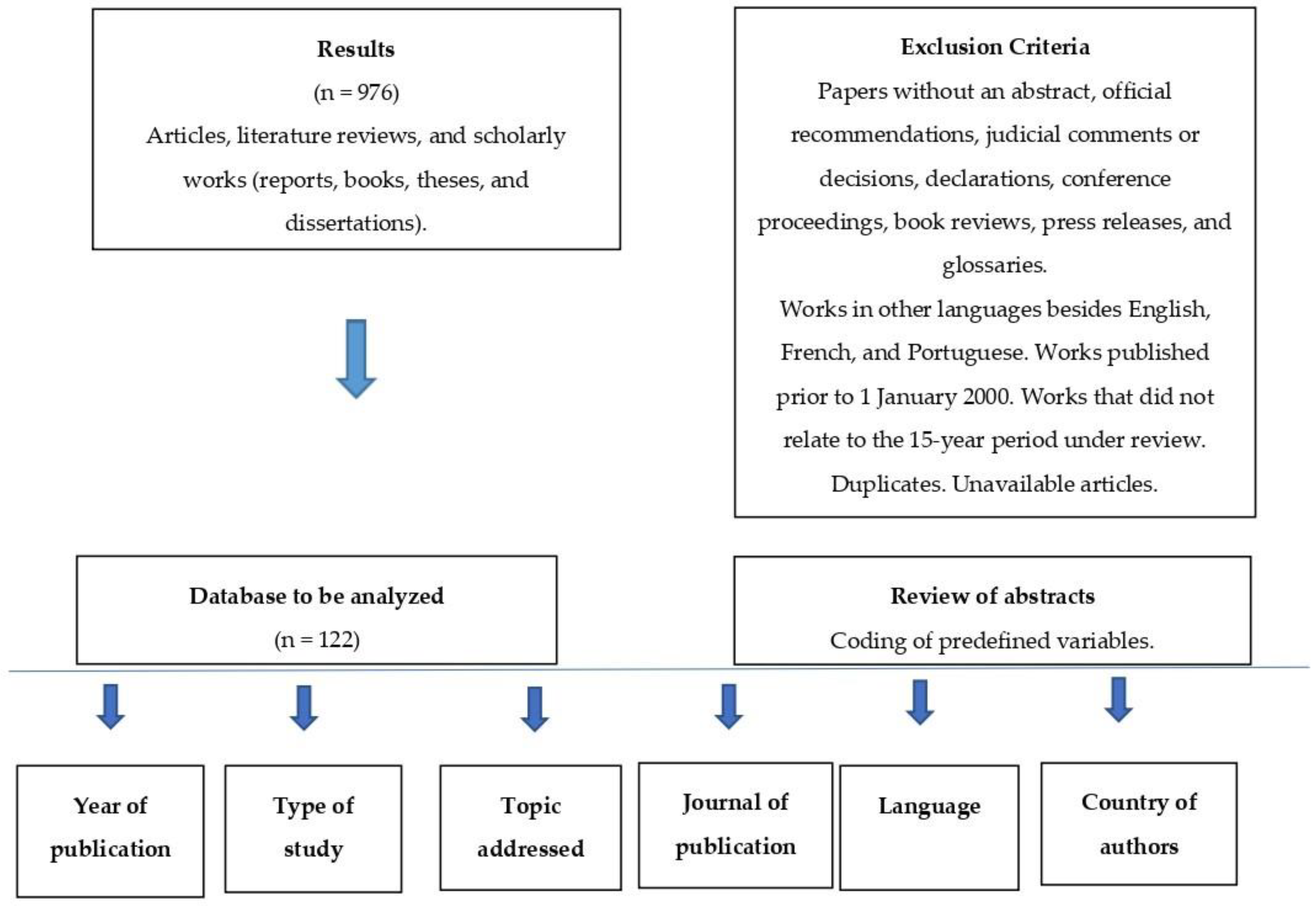 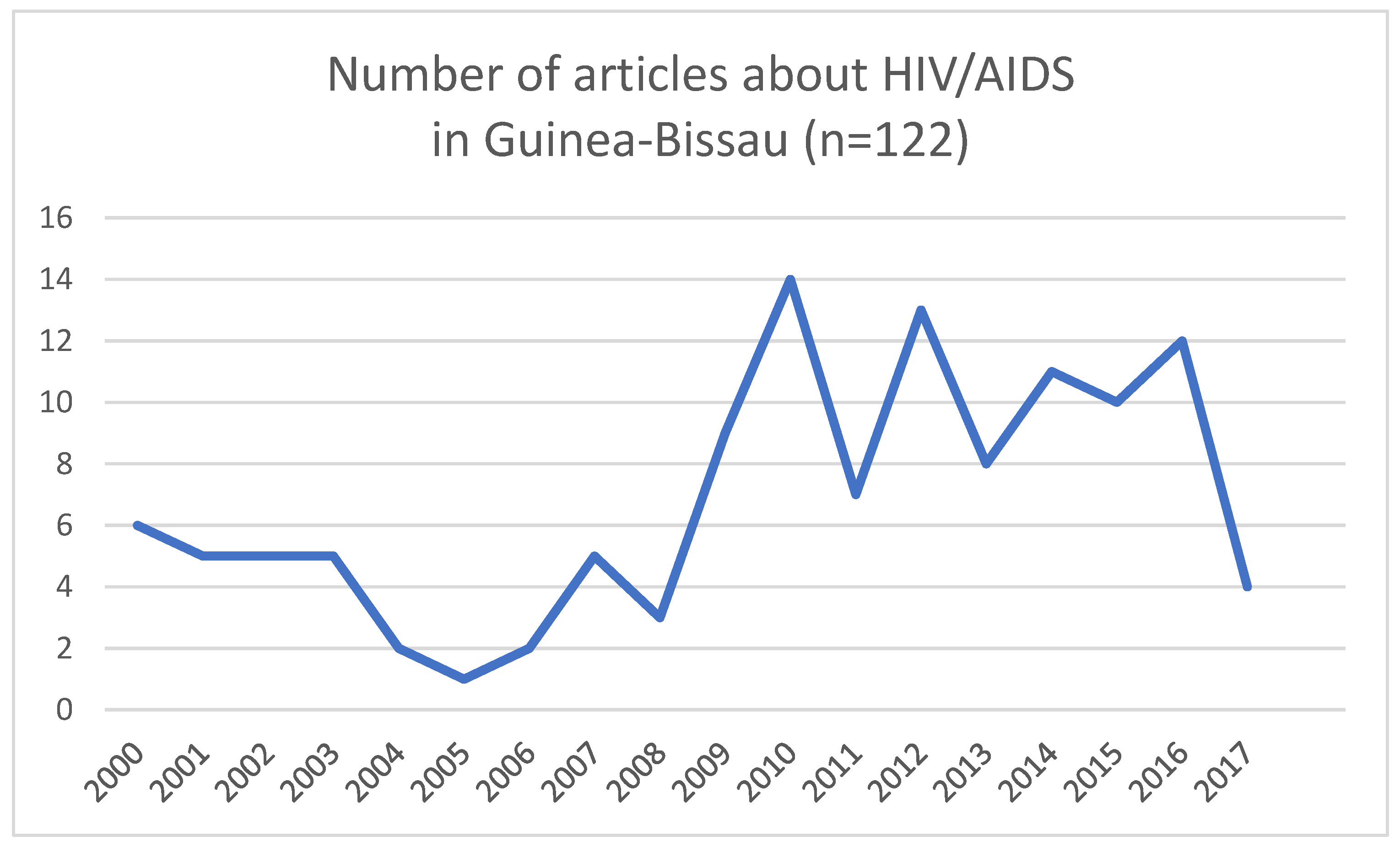