Impact of Health Systems on the Implementation of Intermittent Preventive Treatment for Malaria in Pregnancy in Sub-Saharan Africa: A Narrative Synthesis
Previous Article in Journal

An unvaccinated, 59-year-old male, who was previously fit and well and routinely spent extended stays with an average duration of three months in Bali, traveled from Bali to his home in Queensland, Australia in early November, 2019. Six days after his departure from Bali, he became symptomatic and on day three of his illness, he presented at a Queensland hospital emergency department with fatigue, fever, headache and intermittent confusion. Although he experienced mosquito bites during his most recent stay in Bali, the patient had not been bitten by ticks or animals, did not have a rash and was not demonstrating arthralgia, myalgia, cardiorespiratory, gastrointestinal or urinary symptoms. The patient was kept in hospital overnight for observation and by the following morning, his condition had substantially deteriorated with the onset of flaccid paralysis and increased neurological dysfunction. He was moved to the intensive care unit (ICU) for intubation and ventilation.

On day four of his illness and 24 h after hospital admittance, the patient’s symptoms of fever and disorientation were exacerbated, and he developed flaccid paralysis. He was moved to the intensive care unit (ICU) and required intubation and ventilation due to a decreased level of consciousness. A lumbar puncture was performed and the cerebrospinal fluid (CSF) sample collected demonstrated pleocytosis with 98% mononuclear cells, but normal glucose and protein parameters. The patient was empirically treated with ceftriaxone, ampicillin and acyclovir. Magnetic resonance imaging (MRI) revealed fluid-attenuated inversion recovery (FLAIR) hyperintensity and restricted diffusion in the left mesial temporal lobe (Figure 1). An electroencephalogram (EEG) further indicated diffuse slowing of background rhythms indicative of encephalopathy, but no epileptiform features.
The CSF collected on day four of illness was submitted for microbiological investigations. Bacterial culture yielded no growth and cryptococcus antigen testing was negative. Herpes simplex virus (HSV) RNA was not detected by reverse transcription real-time polymerase chain reaction (RT-rPCR).
Alternate viral aetiologies were considered, and the CSF was further analysed to exclude a flavivirus infection [1]. Specific anti-Japanese encephalitis virus (JEV) IgM antibodies were detected using a multiplexed, flavivirus microsphere immunoassay (FL-MIA) [2] and JEV RNA was detected by RT-rPCR [3]. The CSF sample also yielded a JEV isolate following one passage in Aedes albopictus mosquito C6/36 cells (Figure 2).
Specific patient anti-JEV IgM antibodies were also detected by FL-MIA in a serum sample collected on day six after onset of symptoms, and an anti-flavivirus IgG antibody seroconversion determined via an in-house-developed enzyme-linked immunosorbent assay (ELISA) [4] was confirmed in a serum sample collected on day 12 of his illness.

Despite some neurological improvement, where the patient regained consciousness and was able to communicate, he remained profoundly weak, ventilator-dependent and required a tracheostomy. His course was complicated by ventilator-associated pneumonia. After spending more than three months in ICU, there was no improvement in his ventilator state and the patient died after the decision was made to withdraw care.

Transmission of the flavivirus JEV to humans is incidental and occurs following the bite of an infected mosquito, particularly those belonging to the Culex genus. Whilst human infections are principally asymptomatic, the risk of exposure can increase where efficient amplifying hosts, such as domestic pigs and/or wading birds, are proximal to humans [7,12].
Japanese encephalitis (JE) remains a serious and incurable public health risk throughout Asia and the Pacific rim. This neurological syndrome is grossly underreported, and fewer than 1% of the estimated 68,000 human clinical cases occurring annually [13,14], are actually reported in endemic countries. JE predominantly affects children, meaning they constitute many of the 20–30% of JE cases with fatal outcome or they are among the 30–50% of survivors who develop irreversible neurologic or psychiatric sequelae. However, all age groups are vulnerable and risk of JEV infection increases in the absence of naturally-acquired or vaccine-induced immunity [13].
The overall risk of JE for people traveling to Asia from non-endemic regions is considered extremely low and less than one case of JE is estimated to occur per one million travelers [12]. However, risk of exposure can increase in unvaccinated travelers who have prolonged or repeated stays in endemic countries, and undertake activities in locations, and at the time of day, when mosquitoes are active [12].
Relevant to the case we describe, JEV transmission in Indonesia is widespread and is now endemic in 94% of the country’s provinces, including the popular tourist island of Bali [15,16]. JEV infections in travelers to Bali from non-endemic countries like Australia have been previously reported [17,18,19]. Safe vaccines are available against JEV [12], however, unvaccinated travelers continue to contract JE with serious consequences [19]. The unvaccinated JE case with fatal outcome we report had a repeated history of spending on average three months in Bali followed by three months in Australia. His prolonged stays in Bali, from where he subsequently contracted a JEV infection, highlight the fundamental necessity of appropriate medical, vaccination and mosquito avoidance advice to prospective travelers, and prioritisation of improved surveillance, diagnostic consideration and detection strategies for JEV and other transmissible pathogens.

We sincerely thank the staff at the Sunshine Coast University Hospital and the Public Health Virology Laboratory, Forensic and Scientific Services who assisted in patient management, collation of clinical and travel history and the processing of samples. We are also grateful to Public Health Microbiology staff belonging to the Queensland Reference Centre for Microbial and Public Health Genomics (MPHG) for assistance in running the NextSeq 500 whole genome sequencing machine. 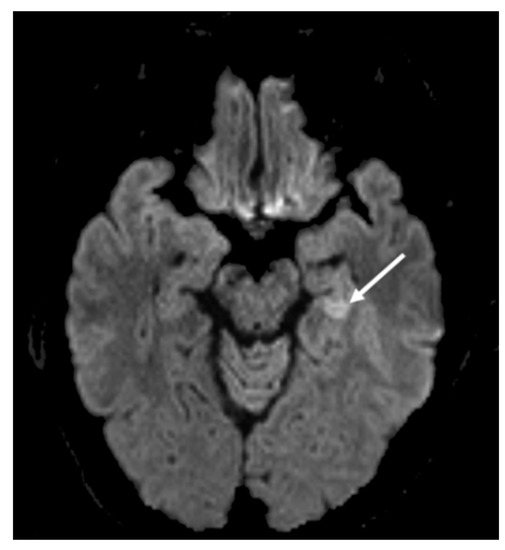 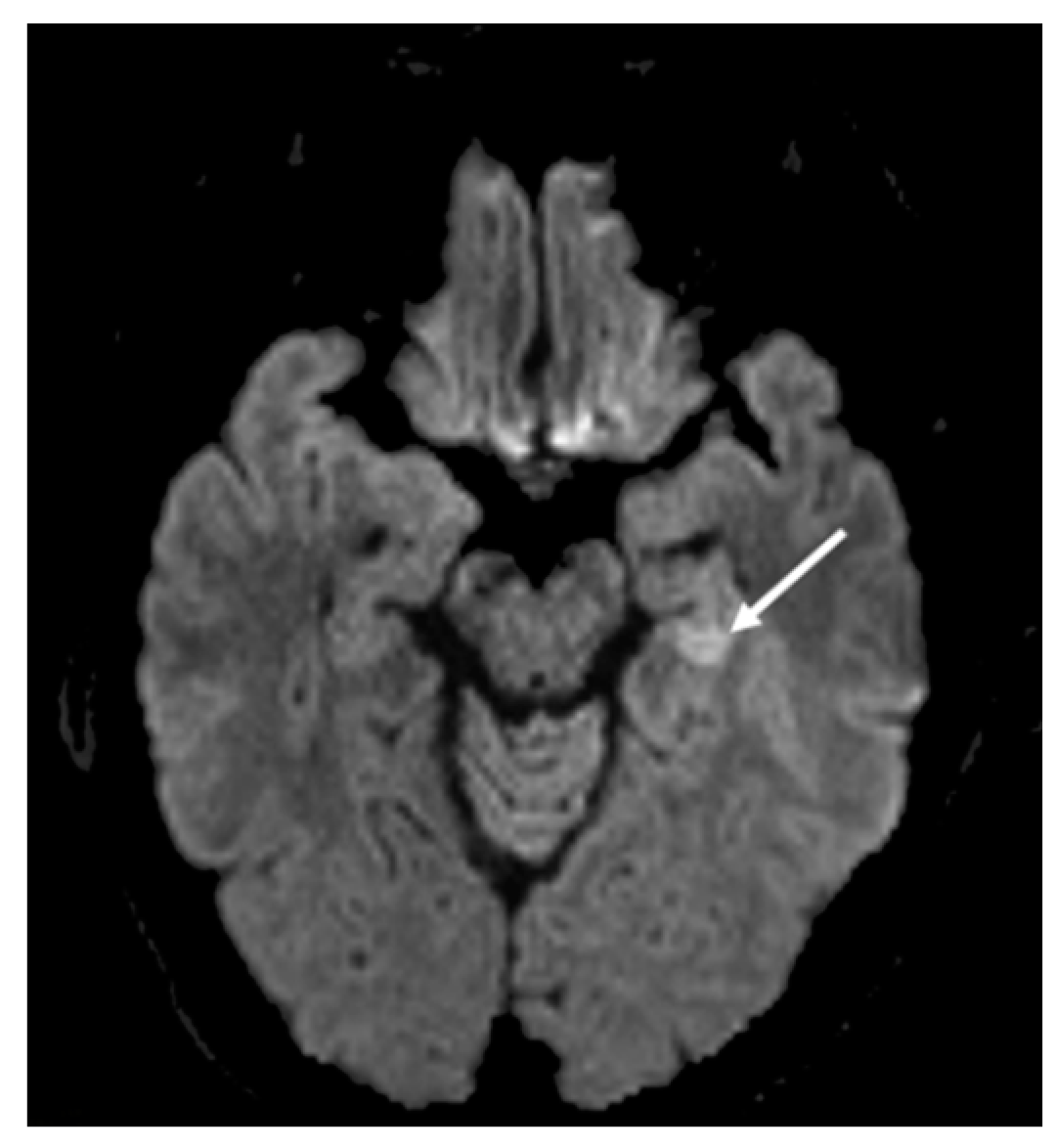 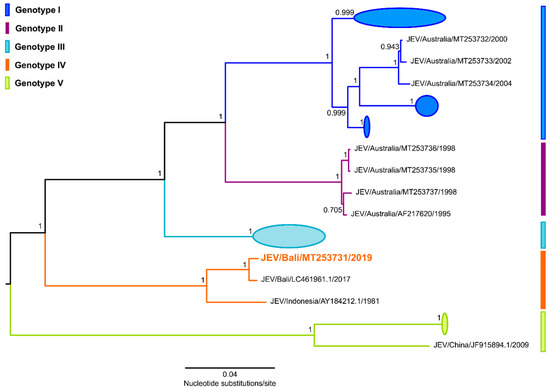