Respiratory Illness in a Piggery Associated with the First Identified Outbreak of Swine Influenza in Australia: Assessing the Risk to Human Health and Zoonotic Potential
Previous Article in Journal

Factors Associated with Hepatitis B and C Co-Infection among HIV-Infected Patients in Singapore, 2006–2017
Previous Article in Special Issue

The One Health Approach—Why Is It So Important? 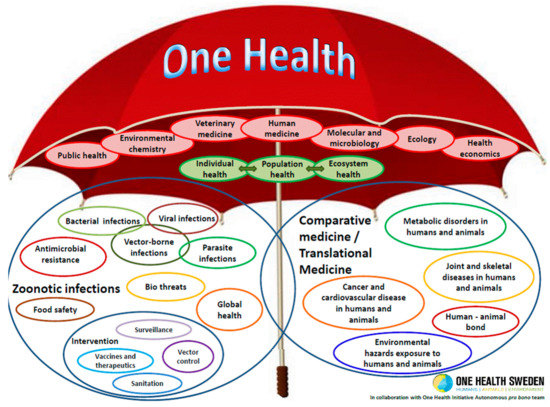