Baseline Mapping of Schistosomiasis and Soil Transmitted Helminthiasis in the Northern and Eastern Health Regions of Gabon, Central Africa: Recommendations for Preventive Chemotherapy
Next Article in Special Issue

Comparison of Knowledge, Attitude, and Practice among Communities Living in Hotspot and Non-Hotspot Areas of Dengue in Selangor, Malaysia
Previous Article in Journal

Dengue is a major public health concern and an economic burden in the Philippines. Despite the country’s improved dengue surveillance, it still suffers from various setbacks and needs to be complemented with alternative approaches. Previous studies have demonstrated the potential of Internet-based surveillance such as Google Dengue Trends (GDT) in supplementing current epidemiological methods for predicting future dengue outbreaks and patterns. With this, our study has two objectives: (1) assess the temporal relationship of weekly GDT and dengue incidence in Metropolitan Manila from 2009–2014; and (2) examine the health-seeking behavior based on dengue-related search queries of the population. The study collated the population statistics and reported dengue cases in Metropolitan Manila from respective government agencies to calculate the dengue incidence (DI) on a weekly basis for the entire region and annually per city. Data processing of GDT and dengue incidence was performed by conducting an ‘adjustment’ and scaling procedures, respectively, and further analyzed for correlation and cross-correlation analyses using Pearson’s correlation. The relative search volume of the term ‘dengue’ and top dengue-related search queries in Metropolitan Manila were obtained and organized from the Google Trends platform. Afterwards, a thematic analysis was employed, and word clouds were generated to examine the health behavior of the population. Results showed that weekly temporal GDT pattern are closely similar to the weekly DI pattern in Metropolitan Manila. Further analysis showed that GDT has a moderate and positive association with DI when adjusted or scaled, respectively. Cross-correlation analysis revealed a delayed effect where GDT leads DI by 1–2 weeks. Thematic analysis of dengue-related search queries indicated 5 categories namely; (a) dengue, (b) sign and symptoms of dengue, (c) treatment and prevention, (d) mosquito, and (e) other diseases. The majority of the search queries were classified in ‘signs and symptoms’ which indicate the health-seeking behavior of the population towards the disease. Therefore, GDT can be utilized to complement traditional disease surveillance methods combined with other factors that could potentially identify dengue hotspots and help in public health decisions. View Full-Text
Keywords: Metropolitan Manila; dengue; Google Dengue Trends (GDT); sign and symptoms Metropolitan Manila; dengue; Google Dengue Trends (GDT); sign and symptoms
►▼ Show Figures 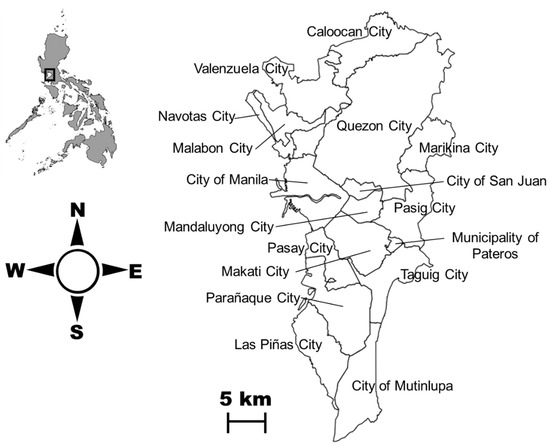