How is Location Measured in Housing Valuation? A Systematic Review of Accessibility Specifications in Hedonic Price Models
Next Article in Special Issue

Engaging the Senses: The Potential of Emotional Data for Participation in Urban Planning

Coworking Spaces and New Social Relations: A Focus on the Social Streets in Italy

The late 2000s witnessed a wide diffusion of innovative workplaces, named coworking spaces, designed to host creative people and entrepreneurs: the coworkers. Sharing the same space may provide a collaborative community to those kinds of workers who otherwise would not enjoy the relational component associated with a traditional corporate office. Coworking spaces can bring several benefits to freelancers and independent workers, such as knowledge transfer, informal exchange, cooperation, and forms of horizontal interaction with others, as well as business opportunities. Moreover, additional effects may concern the urban context: from community building, with the subsequent creation of social streets, and the improvement of the surrounding public space, to a wider urban revitalization, both from an economic and spatial point of view. These “indirect” effects are neglected by the literature, which mainly focuses on the positive impact on the workers’ performance. The present paper aimed to fill the gap in the literature by exploring the effects of coworking spaces in Italy on the local context, devoting particular attention to the relation with social streets. To reach this goal, the answers (236) to an on-line questionnaire addressed to coworkers were analysed. The results showed that three quarters of the coworkers reported a positive impact of coworking on the urban and local context, where 10 out of 100 coworking spaces developed and/or participated in social streets located in Italian cities, but also in the suburban and peripheral areas. View Full-Text
Keywords: coworking spaces; social street; social relations; local communities coworking spaces; social street; social relations; local communities
►▼ Show Figures 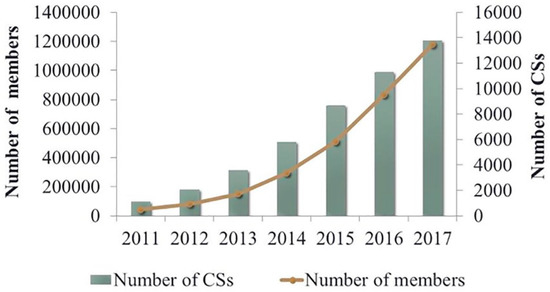