Urban Intensities. The Urbanization of the Iberian Mediterranean Coast in the Light of Nighttime Satellite Images of the Earth

The contribution shares the approach of critical urban studies that have conceptualized urbanization more as a process than as a sum of spatial forms. Thus, the contribution studies the urbanization process not only from the point of view of the physical occupation of land but also considers changes in the intensity of the uses of space. To fulfill this aim, the new sources of nocturnal satellite images are particularly useful. These allow us to observe the intensity of urban uses both in terms of their distribution over space and their recurrence over time. The research focuses on the Iberian Mediterranean coast and permits the verification of the intensity of the urban uses of the space for the whole of this area and their seasonal variations throughout the year. The source of the study are the nighttime satellite images of the Earth for the 2012–2017 period from the NASA SNPP satellite equipped with the VIIRS-DNB instrument. By establishing a threshold of urban light the research shows that those districts with the greatest extensions of urban light do not necessarily correspond with the most densely populated areas. Similarly the absence of urban light does not necessarily indicate the absence of urban uses. Finally, the variations of intensity of light prove to be a good indicator of seasonal variations of activity in tourist areas. View Full-Text
Keywords: urbanization; night lights; remote sensing; land uses; seasonality; Suomi NPP VIIRS urbanization; night lights; remote sensing; land uses; seasonality; Suomi NPP VIIRS
►▼ Show Figures 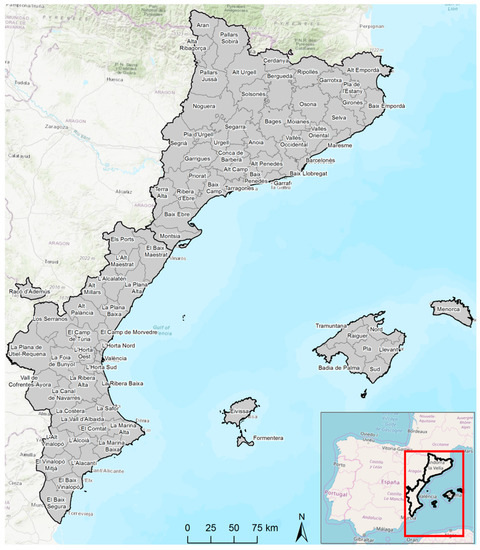 Checa, J.; Nel·lo, O. Urban Intensities. The Urbanization of the Iberian Mediterranean Coast in the Light of Nighttime Satellite Images of the Earth. Urban Sci. 2018, 2, 115.


Checa J, Nel·lo O. Urban Intensities. The Urbanization of the Iberian Mediterranean Coast in the Light of Nighttime Satellite Images of the Earth. Urban Science. 2018; 2(4):115.


Checa, Joan; Nel·lo, Oriol. 2018. "Urban Intensities. The Urbanization of the Iberian Mediterranean Coast in the Light of Nighttime Satellite Images of the Earth." Urban Sci. 2, no. 4: 115.