The Clandestine Transition towards an Unsustainable Urban Model in Extremadura, Spain
Previous Article in Journal

The Use of Patterns as an Urban Design Approach

Public transport transforms urban communities and the lives of citizens living in them by stimulating economic growth, promoting sustainable lifestyles and providing a greater quality of life. Globally, the healthiest cities have one thing in common, a public and active transport network that does not depend on each person owning a personal motorised vehicle. Growing dependence on the automobile has created a multitude of problems, some of which public transport can help solve. Adverse social, environmental and health effects related to automobile emissions and car-dependency suggest that using public transport will result in a decrease in an individual’s carbon footprint, will lessen overall CO2 emissions, and will help to ease urban traffic congestion as well as encourage more effective and efficient land use. With many urban areas experiencing ongoing traffic problems, it is acknowledged that any sustainable long-term solution must entail a significant public transport element. The aim of this research study, conducted in November and December 2017, was to obtain essential baseline information on service user satisfaction levels with the existing public bus services in Galway City, Ireland. By measuring levels of satisfaction, it is possible to build our overall knowledge of the public transport network and thus identify improvements in the service that would lead to an increase in bus passenger numbers and result in reductions in the amount of cars on the roads. Results suggest deficiencies in public transport infrastructure, such as Dedicated Bus Lanes, and the lack of attention to customer services are hindering improvements in the public bus service. View Full-Text
Keywords: public transport; buses; sustainability; Galway; quality of life public transport; buses; sustainability; Galway; quality of life
►▼ Show Figures 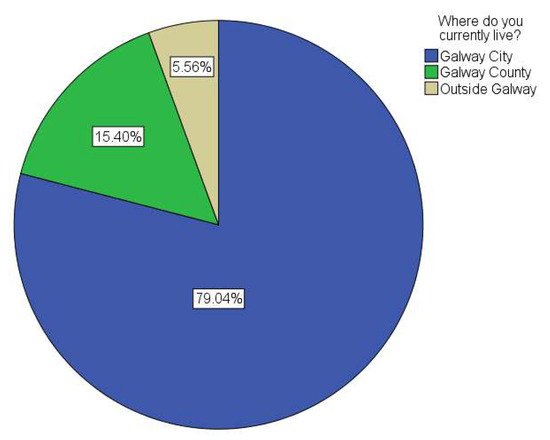