Vision and Hyper-Responsiveness in Migraine

We investigated contrast processing in relation to visual comfort from coloured light in individuals with migraine. In Experiment 1, 24 individuals who experienced migraine with aura (MA), 15 migraine without aura (MO), and 23 healthy controls, identified which of four patterns, one in each quadrant, had the greatest contrast. Although there were no significant differences between groups, contrast discrimination was superior in the visual field affected by aura in all eight participants in whom the aura was consistently lateralised. In Experiment 2, 20 participants without aura and 20 controls selected comfortable light with a chromaticity close to the daylight (Planckian) locus, whilst 20 individuals with aura chose more strongly saturated colours, mostly distant from the locus. In Experiment 3, nine participants with consistently unilateral aura undertook the contrast discrimination task wearing (a) lenses that provided a comfortable colour of light and (b) grey lenses of similar transmission. With grey lenses, seven of the nine individuals with unilateral aura showed a superior performance in the affected field, as before. With lenses providing a comfortable colour, however, the performance was relatively poor for the nine individuals with unilateral aura, but not for the 10 controls. This was the case in both visual fields. The cortical hyper-responsiveness with which migraine is associated may improve the perception of contrast. The perception is poorer (and more normal) with ophthalmic lenses having a comfortable colour. View Full-Text
Keywords: migraine aura; contrast discrimination; cortical hyperexcitability migraine aura; contrast discrimination; cortical hyperexcitability
►▼ Show Figures 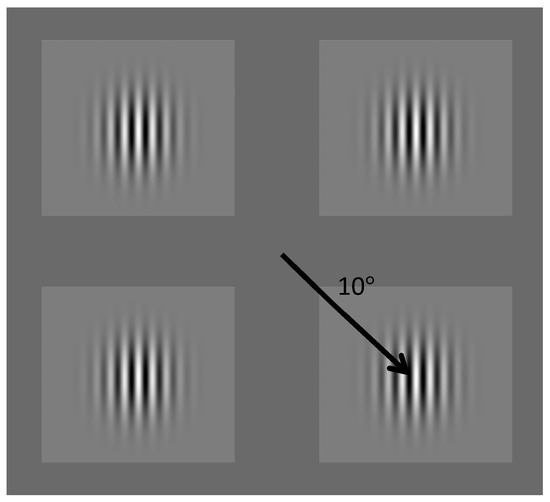