Ocular Equivocation: The Rivalry Between Wheatstone and Brewster
Previous Article in Special Issue

We developed a temporal population receptive field model to differentiate the neural and hemodynamic response functions (HRF) in the human lateral geniculate nucleus (LGN). The HRF in the human LGN is dominated by the richly vascularized hilum, a structure that serves as a point of entry for blood vessels entering the LGN and supplying the substrates of central vision. The location of the hilum along the ventral surface of the LGN and the resulting gradient in the amplitude of the HRF across the extent of the LGN have made it difficult to segment the human LGN into its more interesting magnocellular and parvocellular regions that represent two distinct visual processing streams. Here, we show that an intrinsic clustering of the LGN responses to a variety of visual inputs reveals the hilum, and further, that this clustering is dominated by the amplitude of the HRF. We introduced a temporal population receptive field model that includes separate sustained and transient temporal impulse response functions that vary on a much short timescale than the HRF. When we account for the HRF amplitude, we demonstrate that this temporal response model is able to functionally segregate the residual responses according to their temporal properties. View Full-Text
Keywords: LGN; pRF; spatiotemporal; retinotopic; flicker; isoluminance; clustering LGN; pRF; spatiotemporal; retinotopic; flicker; isoluminance; clustering
►▼ Show Figures 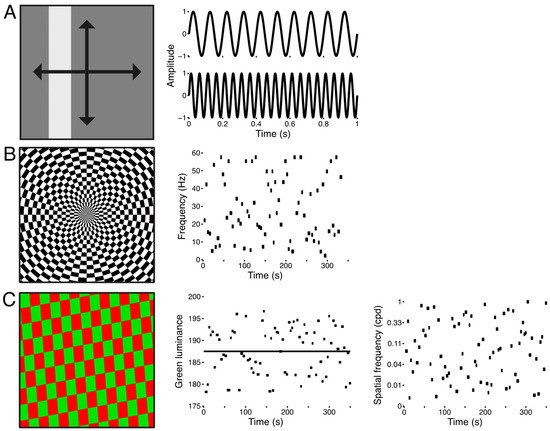