CD40, a Novel Inducer of Purinergic Signaling: Implications to the Pathogenesis of Experimental Diabetic Retinopathy
Previous Article in Special Issue

Where Is Your Attention? Assessing Individual Instances of Covert Attentional Orienting in Response to Gaze and Arrow Cues

Gaze and Arrows: The Effect of Element Orientation on Apparent Motion is Modulated by Attention

In two experiments we investigated whether stimuli that elicit automatic orienting of attention (i.e., arrow or averted gaze) could drive apparent motion perception in one of two possible directions, modulating the effect of a low-level property (the orientation of elements along the motion direction). To this end, the competing motion paradigm was used, in which at time 1, a stimulus appears in the center of the display, and at time 2, two other stimuli appear in different spatial locations. Three kinds of stimuli with eight possible orientations were used in separate blocks; (1) a line; (2) an arrow; and, (3) an averted gaze. First, since the three stimuli present in the display at time 2 should be perceived to be located at the same distance (i.e., equidistant), the threshold for perceived equidistance was calculated for each participant and then used as the customized inter-stimulus distance. Participants were asked to press the button corresponding to the direction of the perceived motion. Results show a preference for collinear motion (motions between elements oriented along the motion direction), with a higher percentage of responses for gaze and arrow stimuli. In Experiment 1, a difference between gaze- and arrow-stimuli was observed. Apparent motion was seen towards the collinear position more often for gaze than for arrow when the stimulus was pointing to the vertical directions, while the opposite was true when the stimulus was pointing to the horizontal directions. In Experiment 2, where the lightness contrast between the gaze and the background was reduced, no difference between gaze- and arrow-stimuli emerged. We interpret our results as due to the social and biological value of gaze, which solved a possible ambiguity between gaze direction and the directions conveyed by the figural properties of the contrasted background in Experiment 1. These findings are consistent with the idea that stimuli known to automatically orient visual attention modulate motion perception. View Full-Text
Keywords: apparent motion; correspondence problem; attention based motion perception; automatic orienting of attention; gaze-mediated orienting of attention apparent motion; correspondence problem; attention based motion perception; automatic orienting of attention; gaze-mediated orienting of attention
►▼ Show Figures 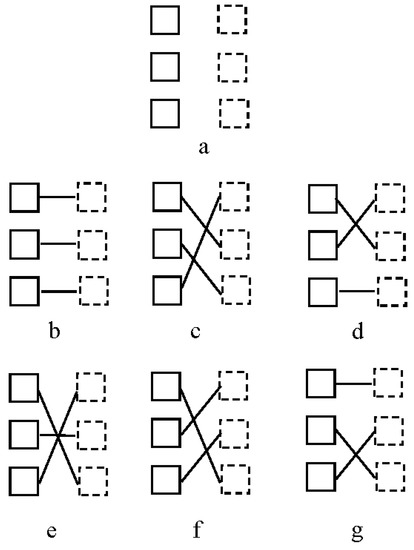