Intellectual monopoly-based business models [1,2,3,4,5,6,7,8], which rely on patents [9,10] and their concomitant challenges [8,11,12,13], are common across both hardware and software industries. However, more recently, the software industry has embraced the concept of liberating otherwise restrictive IP using Free and Open Source Software (FOSS) [14,15,16,17,18,19]. FOSS is computer software that is available in source code form and can be used, studied, copied, modified, and redistributed either without restriction or with restrictions only to ensure that further recipients have the same rights under which it was obtained: free, or libre. Here the term “libre” will be used rather than free to convey the freedom (of access, use, and discovery) that comes with free and open source materials, not only the lack of cost ($0). A substantial literature now exists on the benefits of FOSS over historic and more established models [14,15,16,17,18,19,20,21] and as shown in Figure 1 the concept is covered at a high rate in academia. The secret of the libre approach is that large-scale collaboration on technical problems results in superior design and innovative solutions with lower associated costs due to continuous improvement [14,22]. It is now well established that FOSS is more reliable and relevant to users [23] (in part because many FOSS users are co-developers [24]). FOSS has become so prominent in the software industry that it represents a significant change in the career trajectory of software developers [25] and is dominating major areas of computing. For example, Android, an open source-based operating system, is the world’s most popular operating system [26], 97% of the world’s supercomputers use GNU/Linux [27], and major Internet-based corporations use and develop FOSS including: Amazon, Alphabet (Google), Twitter and Facebook. These companies and others use FOSS because of superior technical performance, more flexible design and reduced research and development (R&D) costs [28].
Historically libre technical development was limited to software as the FOSS community believed that libre hardware was challenging because of the necessity of building physical objects [29]; however, within a few years these views changed with the introduction of low-cost digital distributed manufacturing tools [30] such as the self-replicating rapid protoyper (RepRap) 3-D printer family [31,32,33,34]. As FOSS has proven so successful, free and open source hardware (FOSH) gained traction in the technical communities [35]. FOSH is hardware whose design is made publicly available so that anyone can study, modify, manufacture, distribute, and sell the design or pieces of hardware based on that design [36]. FOSS/FOSH-based technical development provides a competitive advantage as innovation can include more participants than proprietary innovation within firms [14,15,16,17,18,19,20,21], it is less encumbered by IP issues [37,38,39], and innovation occurs at steeper rates [40]. The scientific community has been quick to adopt libre hardware as it reduces costs by 90–99%, while improving control and allowing customizable features [41,42,43]. In addition to traditional publishing, new academic journals such as HardwareX (publishing libre hardware designs from potentiostat/galvanostats [44] to a microsyringe autosamplers [45]) and the Journal of Open Hardware, which covered the annual Gathering for Open Science Hardware [46] and libre hardware-based business models [47]. Some libre hardware designs have been shown to be growing at an exponential rate [41]. In addition, as shown in Figure 1, the academic community is rapidly embracing libre for both FOSS and FOSH, with the latter lagging by about 20 years based on indexing in Google Scholar.
Companies embracing libre product development range from the multi-billion-dollar RedHat [48] to hundreds of small startup companies [35]. Most (at least 78%) of companies now use some form of open source product [49]. Companies often partner with universities to do research following different models such as collaborative research, university-industry research centers, contract research, and sponsored research [50]. Companies generally begin their interaction with universities using a proprietary standard research agreement (PSRA), which for the historical reasons described above contains significant IP monopoly language and restrictions for both the company and the university. Such standard research agreements thus create an artificial barrier to collaboration as both companies using a libre model and universities they wish to collaborate with must invest significantly to restructure the contracts. To solve this problem, this article provides a new Sponsored Libre Research Agreement (SLRA). The differences between the PSRA and SLRA are detailed and then the advantages are discussed for using the SLRA are provided for both a fully libre company, as well as traditional companies.

The three primary aspects of PSRAs that limit innovation are: (1) oppressive default reporting requirements; (2) delays related to confidentiality and publication embargos; and (3) restrictive IP rules and licenses.
By definition, a researcher cannot be doing research when writing a report about the research. As academics are already heavily incentivized to document their useful results for peer-reviewed publications, any report writing is redundant and can be viewed as administrative waste [51]. This waste is increased if the reporting requirements are more frequent. PSRAs are general documents that can reflect the worst case for reporting frequency.
For both academia and industry in highly-competitive fields, research is a race and any delays are counterproductive to the goals of the research collaboration. Delays that are part of a standard PSRA involve waiting times between when confidential information is disclosed orally or visually (e.g., in a presentation of video chat) and when it is converted to a tangible form marked “confidential”. Similarly, there is normally some form of embargo clause in a PSRA to ensure that the industry partner has time to read publications and presentations to ensure that no confidential information has been disclosed. These delays, which can add up to months, can represent a significant delay.
Finally, all PSRAs have language defining the use of IP, which can be complicated by which party is responsible for funding the patents, how licensing will be negotiated and reimbursed. In general, these clauses identify three types of IP: the company’s IP, the university’s IP and jointly developed IP. As libre companies do not use IP monopoly practices, by funding a project under a PSRA, they run the risk of enabling the production of IP on building block technologies [52,53,54,55]. This same risk exists for companies that use IP conventionally. If the project is outside of an area they target for IP protection (and even if it is joint IP development) the PSRA clause can cause unnecessary legal costs. For example, if the university creates IP the business needs or they create joint IP that the university patents, the company could have technology paths closed off or be forced to pay to license technology they funded. This is obviously counterproductive to the goals of any company.

In order to overcome the three primary deficiencies of a general PSRA, an LSRA was created for Michigan Technological University and can be found in entirety in Supplementary Material S1 in OpenDocument Text (ODT) format. Table 1 shows the core differences between a standard research agreement used at most universities and one meant to encourage libre research.

This paper provided a new Sponsored Libre Research Agreement or SLRA, which overcomes many of the deficiencies of the standard proprietary research agreements between universities and companies that sponsor research. The differences between the agreements were detailed and it was concluded that the SLRA provides advantages for both fully libre companies as well as traditional companies. These advantages include: (1) minimizing research investments on reporting requirements to enable more research to take place; (2) reducing delays related to confidentiality and publication embargos; and (3) reducing both transaction and legal costs as well as research time losses associated with intellectual property protection. With the SLRA, all research is licensed with open licenses to ensure no IP lockdown of building block technologies, which could harm any of the parties in the agreement. The aggregate of the effect of moving from a proprietary to libre agreement is that both companies and universities can reduce economic costs for setting up collaborative research while setting them up in less time. More importantly, university researchers can spend more time researching for the same investment and thus providing more valuable inventions. Future work is needed to quantify these benefits experimentally.

The following are available online at https://www.mdpi.com/2411-5134/3/3/44/s1, Supplementary Material S1 the complete text of the SRA in OpenDocument Text (ODT) format.

This research was partially supported by Fulbright Finland.

The author would like to acknowledge helpful discussions with Marilyn Haapapuro. 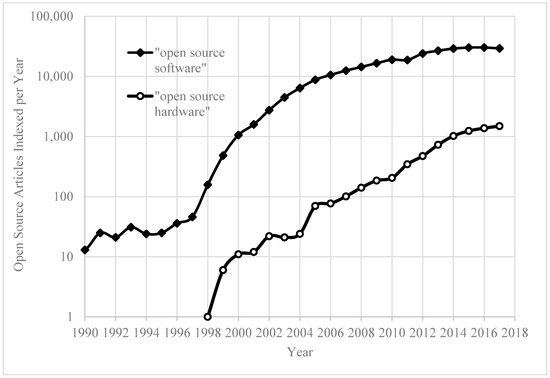