:
This paper considers heavy duty grinding with resin bonded corundum grinding wheels and without lubrication and cooling. A vertical turning machine redesigned to a grinding machine test bench with a power controlled grinding spindle is used in all of the experiments, allowing high tangential table feed rates up to 480 m/min. This special test-rig emulates the railway grinding usually done by a railway grinding train. The main test-rig components are presented and the resulting kinematics of the experimental set-up is described. A stochastic kinematic grinding model is presented. A wear model that is based on the kinematic description of the grinding process is set up. Grain breakage is identified as the main wear phenomenon, initiated by grain flattening and micro-splintering. The wear model is implemented into the stochastic kinematic modelling. The workpiece material side flow and spring back are considered. The simulation results are validated experimentally. The workpiece surface roughness is compared and a good agreement between simulation and experiment can be found, where the deviation between the experiment and the simulation is less than 15% for single-sided contact between the grinding wheel and the workpiece. Higher deviations between simulation and experiment, up to 24%, for double-sided contact is observed.
Keywords:
wear modelling; self-sharpening; high-performance dry grinding; surface roughness

Three important global trends of manufacturing technology in recent years were observed: moving towards increasing performance in material removal rate, higher resulting surface quality, and the reduction of coolant consumption. Chip transport from the cutting zone, cooling and lubrication are the main tasks of the coolant. Environmental impact, costs, swarf, recycling, and negative effects on the machine operator stand in contrast to the previously mentioned advantages. Grinding is often used for finishing applications to generate smooth surfaces with high integrity and low form deviations, but grinding is also yet increasingly challenging other manufacturing technologies such as high-speed or high-performance milling and turning. The implementation of high performance machining processes in general have become increasingly significant among cutting processes and could already modify many industrial manufacturing process chains by substituting one or more machining steps, and thus save cost.
As stated by Bhaduri and Chattopadhyay [1], but also by Kopac and Krajnik [2], high quality parts require high-performance grinding technologies when considering not only superior surface finish and high removal rate. The literature classifies high performance grinding not clearly distinguishable from conventional grinding and covers different grinding techniques such as: High Speed Grinding (HSG), High Efficiency Deep Grinding (HEDG), Speed-Stroke Grinding, High-Performance Surface Peel Grinding, High Work Speed Grinding, High Efficiency Grinding, Heavy Duty Grinding, and Creep Feed Grinding (CFG) [2,3,4,5,6,7,8,9,10,11]. All of these grinding techniques are used with metalworking fluids contrasting to the dry grinding process presented here.
Linke [12] gave in her review a broad overview on the recent grinding wheel wear examinations and modelling and classified four main wear mechanisms: grain surface layer wear, grain splintering, grain-bond-interface wear, and bond wear. Linke [12] distinguished between micro wear where cutting edge sharpness is lost and macro wear as loss of tool profile.
Jiang et al. [13] introduced a three-dimensional (3D) model predicting the surface roughness when considering wear and dressing effects indicating dressing as the most influential parameter. A kinematic simulation predicting the surface roughness from Liu et al. [14] modelled three different abrasive grain shapes and ductile and brittle fracture components by a single point diamond dressing tool. Jiang et al. [13,14] judged dressing to be the most influential parameter on the predicted surface roughness and grain shapes do not affect the resulting surface roughness. A stochastic process model of abrasive wear, which is based on the Poisson distribution of the wear phenomenon, was presented by Kacalak, Kasprzyk and Krzyżyński [15]. Meng and Ludema [16] presented 28 different erosion wear equations from the literature having surveyed 5466 different papers. The synthesis of those appears impossible to them.
In many dry grinding applications, resin bonded grinding wheels are used due to their self-sharpening ability, cool cut, and damping capability. In this work, the high-performance dry grinding process for surface face grinding with resin bonded corundum grinding cup wheels is analysed at high feed speeds. Especially, the self-sharpening effect is analysed. An analytical wear model considering grain failure phenomena is introduced.

The same test-rig as described in [17] is used. The following equipment is used for all experiments: vertical lathe SEDIN 1525 with 20 kW grinding spindle typical in rail grinding, 3D-dynamometer Kistler 9366CC, roughness measuring system Taylor Hobson Talysurf, profile, and waviness measurement sensor Micro Epsilon ILD 2300-10LL are used.
A detailed view of the experimental set-up is given in Figure 1. The marked tilt angle is adjusted with a hydraulic cylinder and can be positioned in a positive and negative direction within ±15°. The grinding wheel is clamped from outside with one fixed and two movable chuck jaws. The grinding spindle is connected directly with the cover plate of the Kistler force measuring platform. This guarantees the coordinate system conforms with force measurements without the need of coordinate transformation. The axial movement of the grinding spindle and the adjustment of depth of cut ap during the process are performed with the pneumatic cylinder mounted behind the spindle. Two pillars guide the traverse with the spindle. The exact adjustment of the depth of cut is not possible due to the power controlled spindle support that is used in railway grinding. Force control is typical also for other high-performance dry grinding applications. The target current for the electric engine is set and the pressure is continuously adjusted during the process in the pneumatic cylinder. The tilt angle is adjusted with the hydraulic cylinder and the grinding spindle is guided on two milled slides. The ring-like workpiece is placed on the rotary table that is fixed by four chuck jaws. The whole grinding spindle construction is mounted in a frame. This frame guarantees the required stiffness and strength for the process forces and torques. A laser sensor mounted on the right-hand column is used for the surface measurements.
The cutting speed during all of the experiments is kept constant at 47 m/s at the outer circumference of the grinding wheel and the feed rate of the workpiece is 120 m/min. A resin bonded corundum grinding wheel with comparatively coarse mesh 20 is applied in the experiments. All of the experiments are carried out without metalworking fluid. Workpiece material used is 58CrMoV4 with hardness of 26 HRC. A 6 mm wide facet is ground in all of the experiments performed, however the workpiece could be turned prior to any experiment to the desired width.
Tilting the whole grinding spindle around the y-axis, as shown in Figure 2, adjusts the tilt angle while the approach angle of the grinding unit is connected to rotation around the x-axis.
Approach angle and tilt angle can be adjusted only in correlation to each other. A typical kinematic interaction between the grinding wheel and the workpiece is a single-sided contact. For the tilt angle −1.5°, the corresponding approach angle reaches zero leading to a dual-sided contact of the grinding wheel. This fundamental kinematic difference depending on the tilt angle is shown in Figure 3. Different surface patterns on the workpiece can be observed for both kinematic situations as shown later. Additionally, the self-sharpening behaviour for the dual-sided contact is significantly lowered due to the pressure being split on the two areas. Material removal rate and grinding wheel wear change between both kinematic situations.

A kinematic process model with the focus on the wear modelling was presented. Time dependent wear behaviour was presented. High feed rates were used for all of the experiments. The dependence of surface roughness on the kinematic situation could be shown. With a dressed grinding wheel, any adjusted tilt angle between ±15° shows the same workpiece roughness. This is because of the self-sharpening of the resin bonded corundum grinding wheel and the adaption to the workpiece geometry. The self-sharpening effect of the corundum grinding wheel shows that only the approach angle 0.0° can improve the surface roughness, where a dual-sided grinding wheel contact is used.
An analytical approach for the wear modelling has been chosen based on previous studies. The wear rate has been modelled as a function of the cutting force, the cutting speed, and the temperature for every abrasive grain. The resulting exponential behaviour of the wear propagation was used for subsequently determining the resulting stress on the abrasive grain, which is compared to some critical stress level to determine the grain failure. With this model, the time delayed failure of a grain could be described. Three wear parameters K, M, and B were introduced based on experimental investigations. The average time for a grain failure was calculated and the wear factor K = 508 × 104 1/N was estimated.
The simulation results show good agreement with the measured workpiece surface roughness. When comparing the roughness values Ra and Rz, the deviation is by maximum 14.4% for tilt angle 2.5°, 11% for 0.0° and 24% for −1.5°.

The authors would like to thank the Commission for Technology and Innovation (CTI), the Federal Office for the Environment (FOEN) and the Federal Office of Transport (FOT) for the fruitful cooperation which made this work possible. 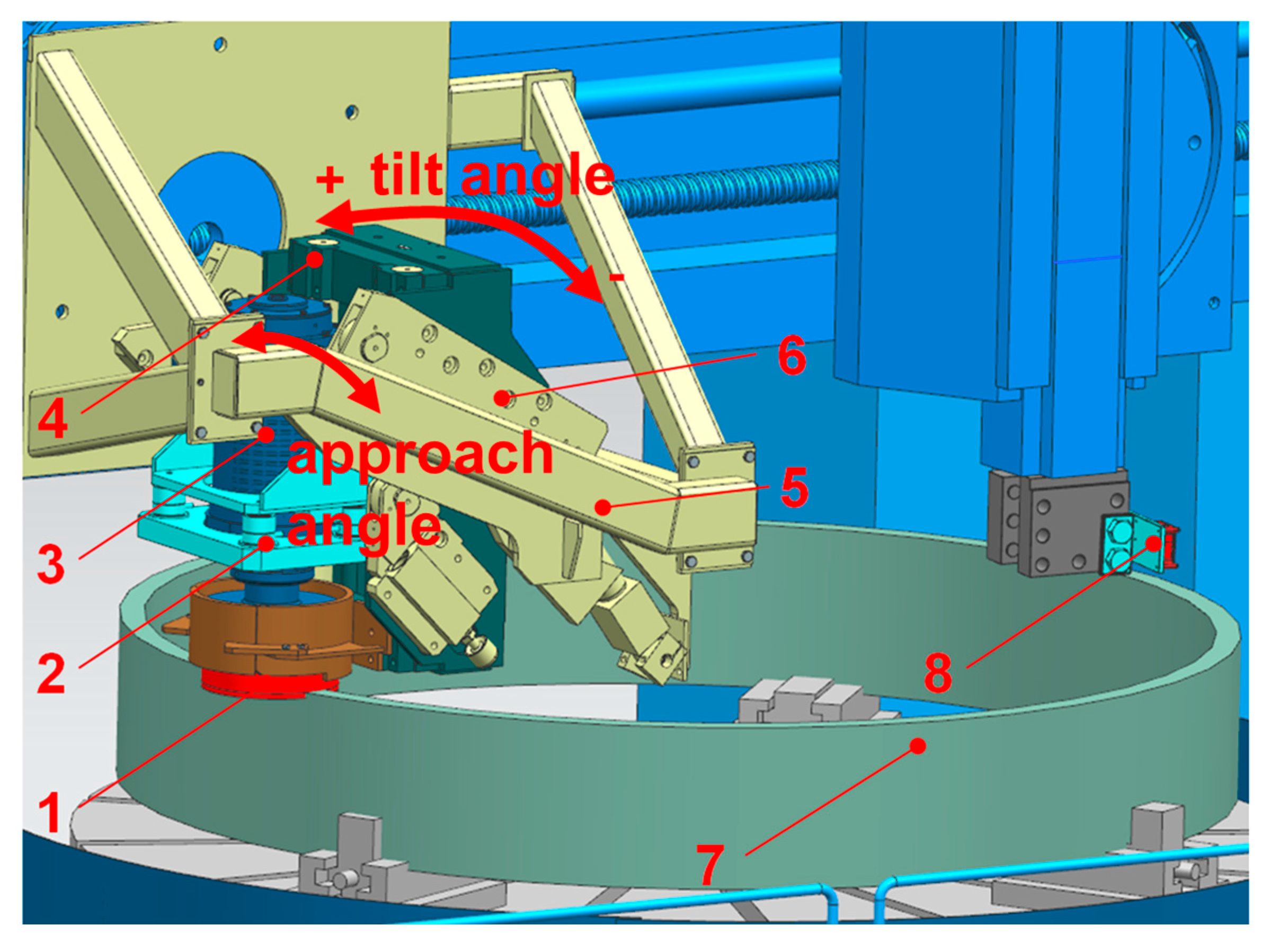 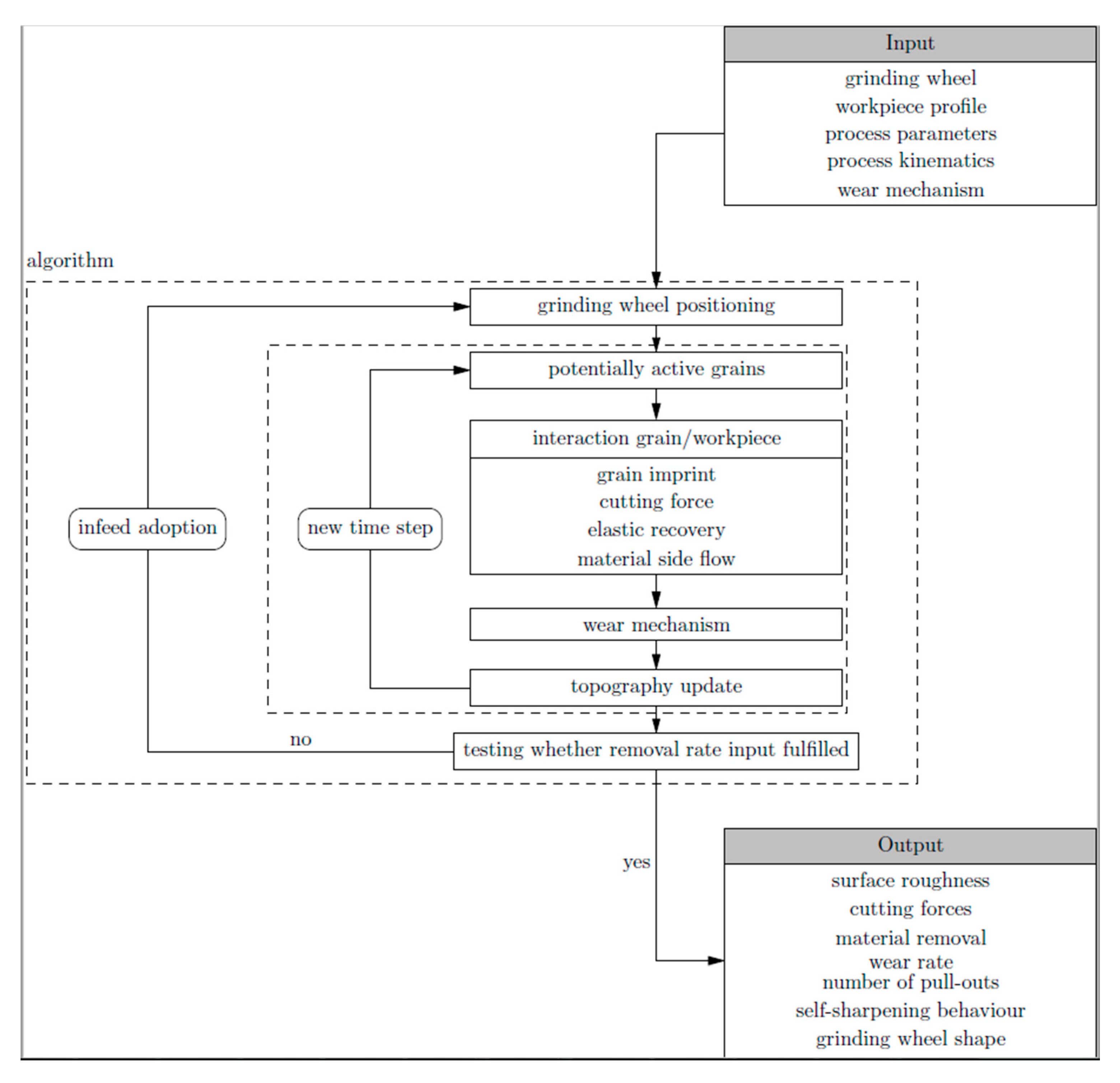 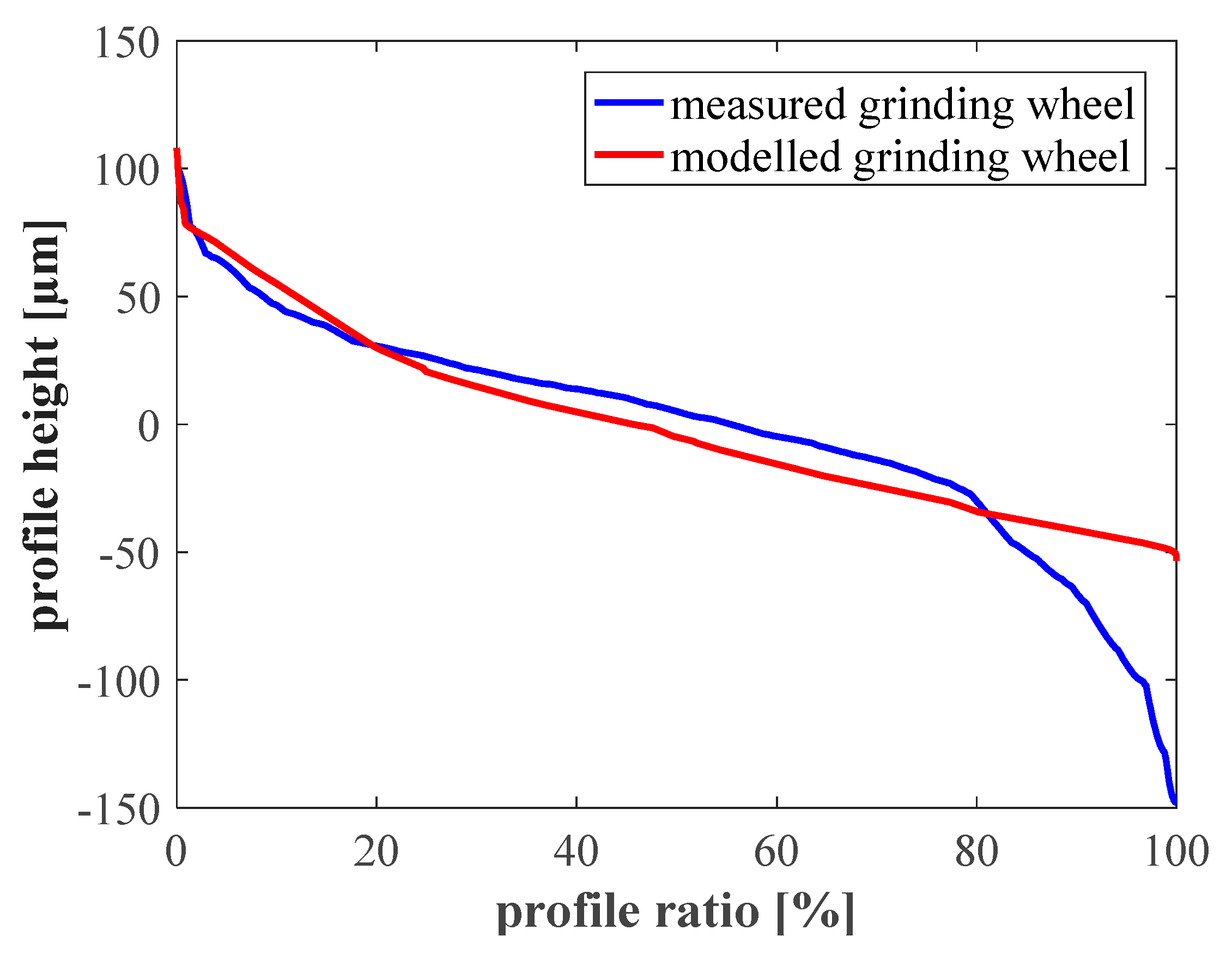 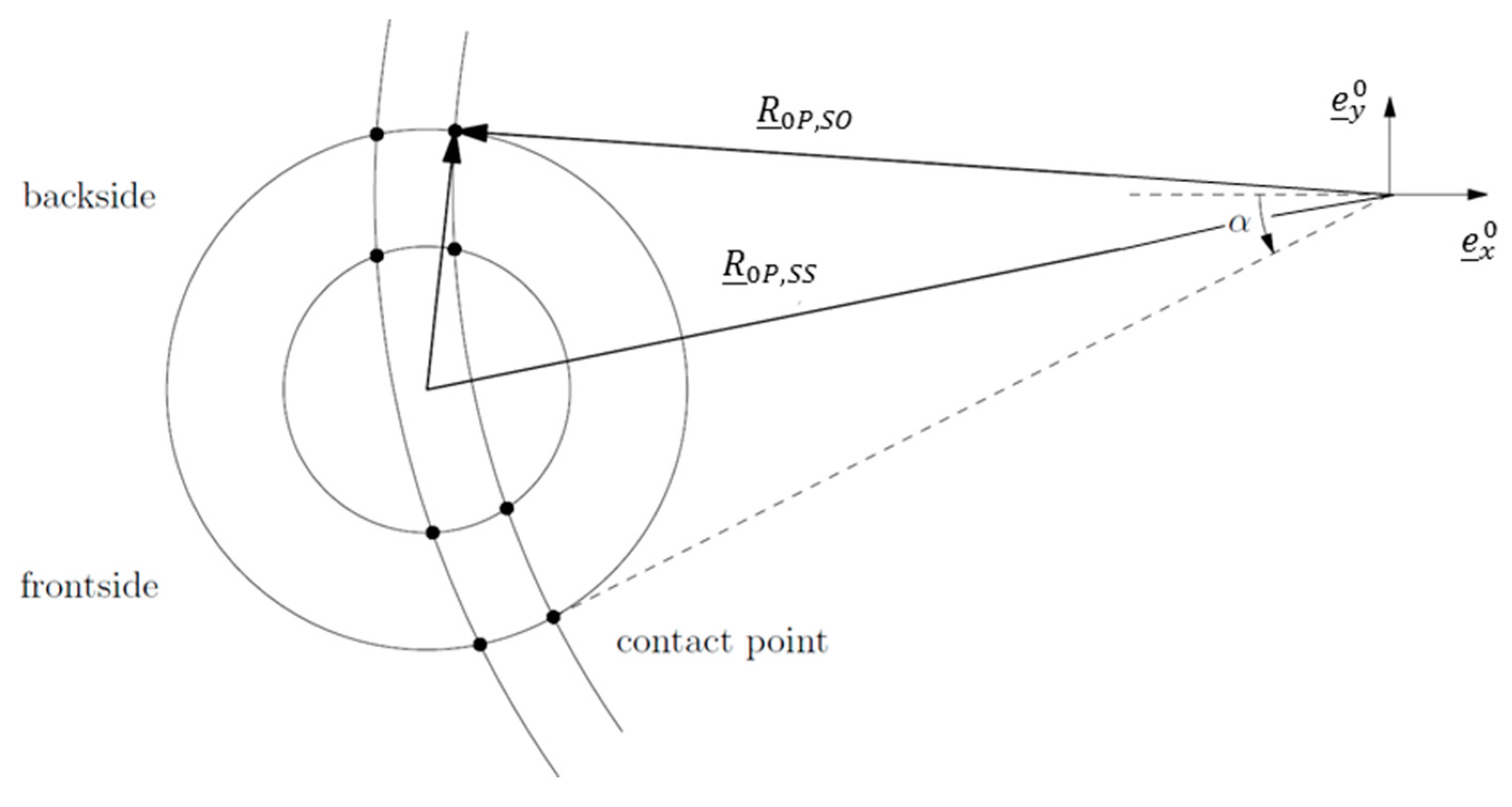 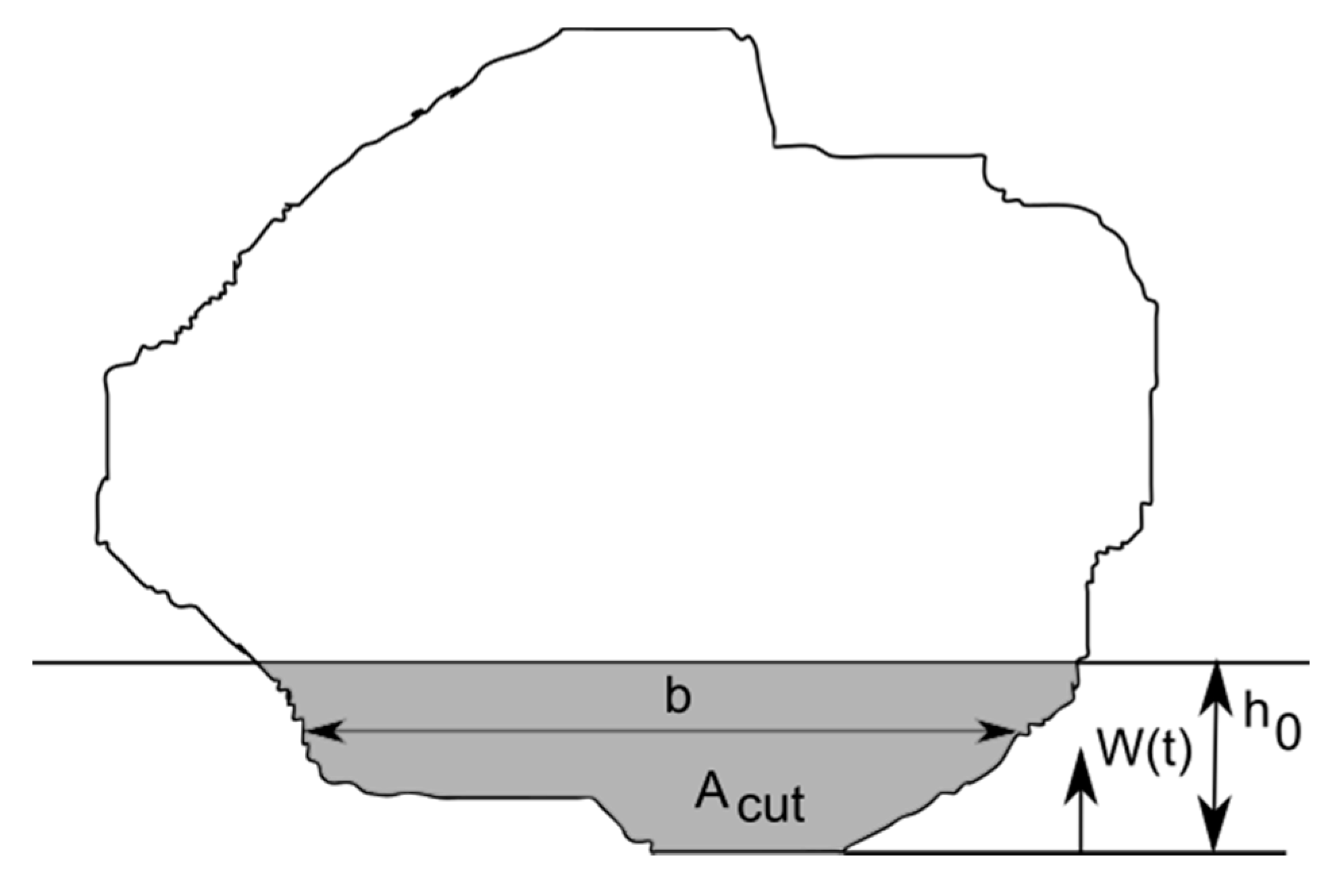 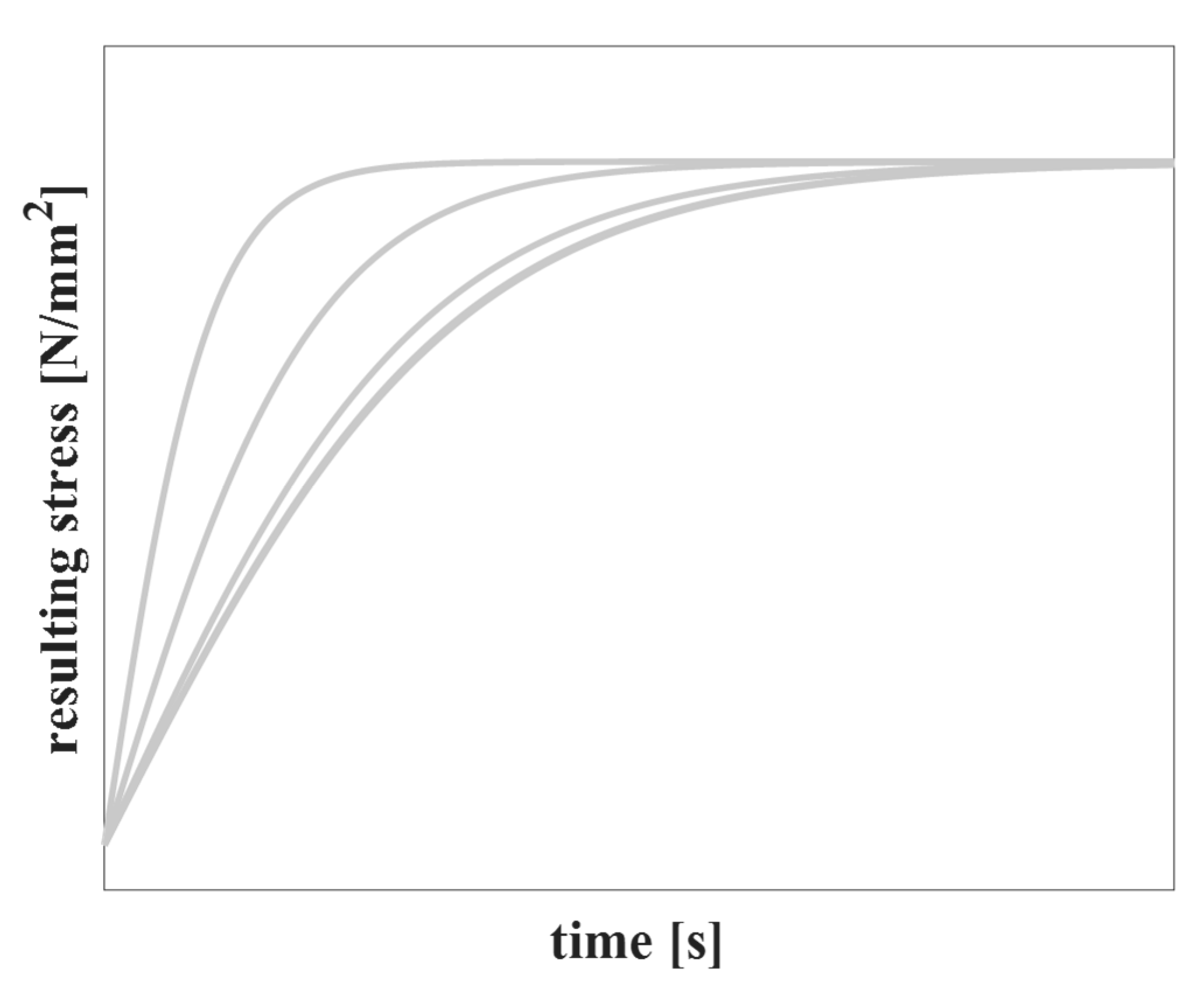 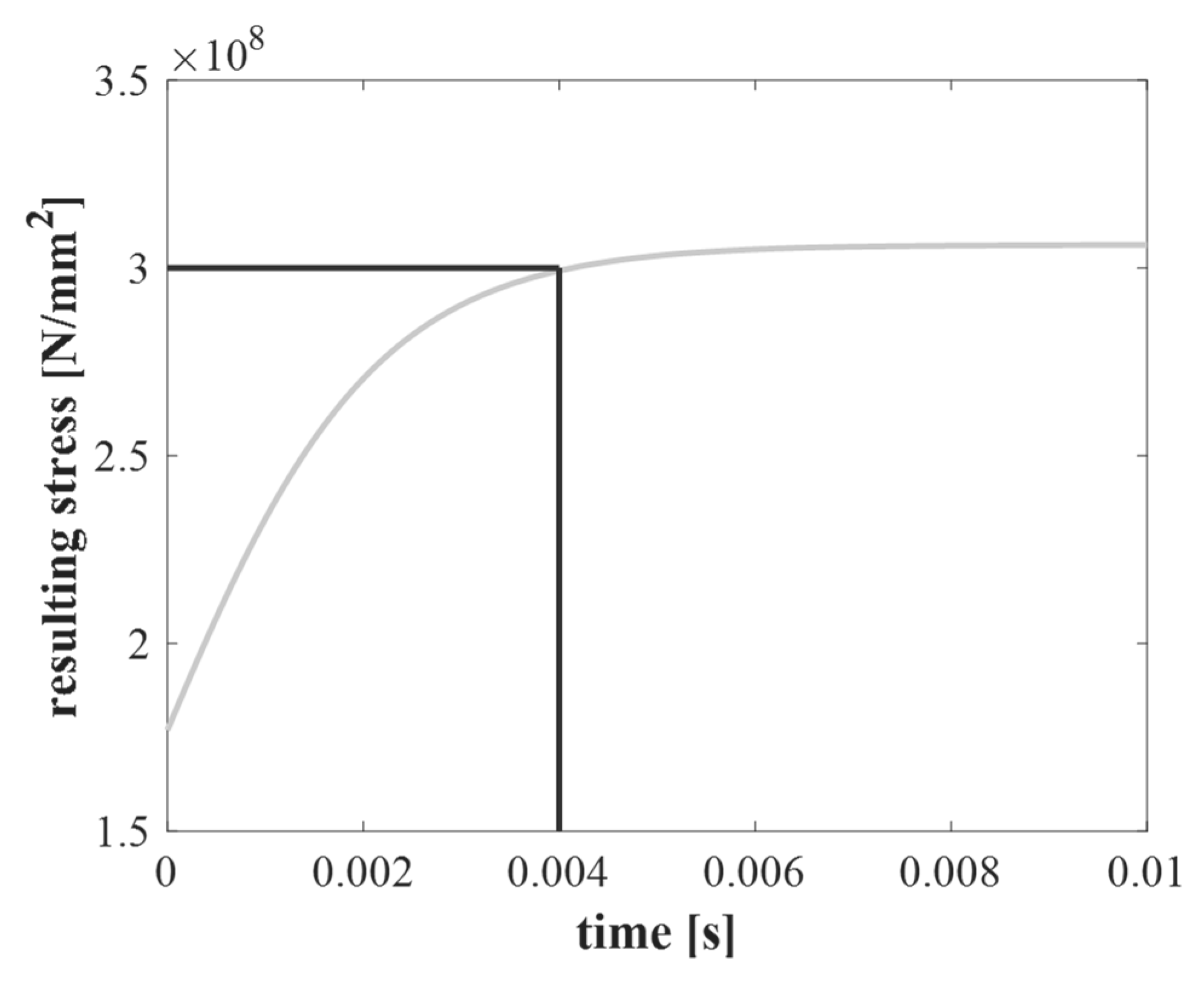 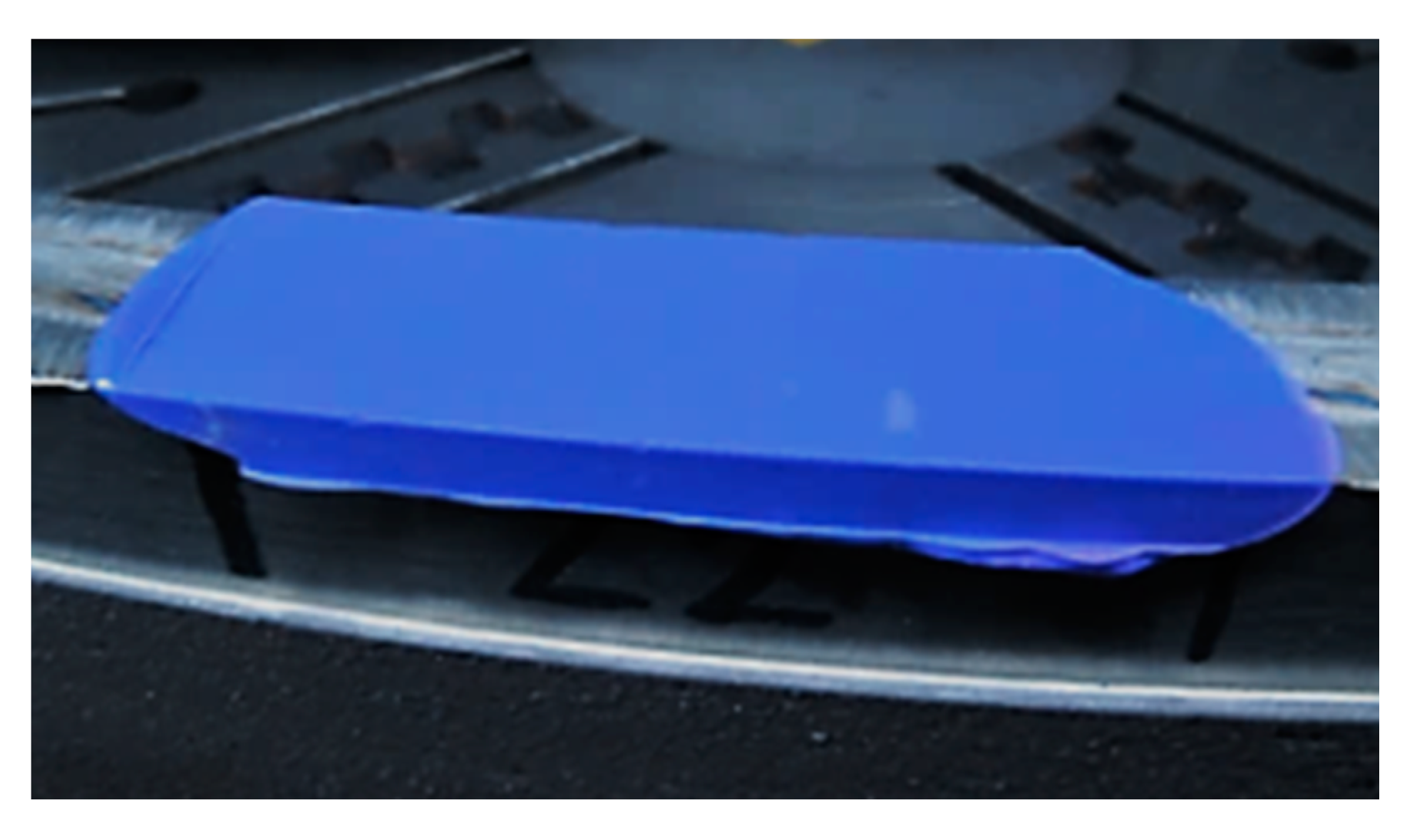