Enhancement and Validation of a 3D-Printed Solid Target Holder at a Cyclotron Facility in Perth, Australia
Previous Article in Journal / Special Issue

Fused Zinc Target for the Production of Gallium Radioisotopes

In solid targets for radioisotope production, the parent materials—mostly metallic—are usually attached to a substrate (metal part, often copper or silver) to support it during handling and irradiation and to facilitate liquid or gas cooling to remove the heat generated by the particle beam.
This cladding process most frequently employs electroplating. Many metallic elements can be electroplated, but some cannot be plated at all or cannot produce a sufficiently successful cladding of the target substrate. A specific case is molybdenum that so far cannot be successfully electroplated.
In the last few years, we have witnessed an increased interest in accelerator production of Tc-99m using 100Mo as target material. One of the biggest challenges of preparing a solid, high-current, 100Mo target is the difficulty of cladding the substrate with molybdenum. For a high-beam current production, a 100Mo coating in the range of 100 to 500 μm must be bonded to a substrate that provides a rigid support and allows easy manipulation and an efficient liquid cooling. Most metallic element targets are electroplated on copper, silver, or other metal substrates. In the case of molybdenum, a number of cladding techniques were used, including rolling the molybdenum into thin foils and soldering or pressure/diffusion-bonding those to the substrate, laser cladding, electrophoretic deposition, plasma spraying, powder pressing, hot isostatic pressing, among others. Some of these studies are referenced as background material [1,2,3,4,5,6,7,8,9,10].
Those processes can often produce successful targets, but there are a number of challenges:
While this paper focuses on molybdenum cladding, the same technique can likely be used to coat radioisotope production targets with other metals as well. This possibly includes easily electroplated metals that otherwise pose plating difficulties in thicker layers.
Only target cladding is discussed as other stages of processing, dissolution, separation, and recovery are no different than when using other cladding techniques [11].

The process consists of the deposition of the parent material on the substrate in the form of powder mixed with a binder, drying, rolling the deposit to a uniform thickness, and sintering and diffusion-bonding at high temperatures in a hydrogen atmosphere.
Natural molybdenum was used for all the tests. The molybdenum was in powder form; this is in fact the most common for 100Mo and many other metal isotopes as supplied or as recovered after processing.
Materials employed:
Equipment used:
2 g of polyvinyl alcohol was dissolved in 100 cc of water by leaving it overnight at 40 °C while stirring with magnetic stirrer. A metal slurry was prepared by mixing the Mo powder with the polyvinyl alcohol solution in the weight ratio of 2.5 parts Mo to 1.5 parts of polyvinyl alcohol solution.
The process consists of the following steps:

Sixty-two samples were prepared and tested. The weight of the deposited slurry was chosen to give a final thickness of the metal cladding—after sintering and bonding—to be between 40 μm and 80 μm. This was done by depositing the slurry when the substrate was on a scale and using the known density of the molybdenum in the slurry to determine the molybdenum thickness after the water and the polyvinyl alcohol were baked out from the mixture.
The hydrogen was provided by a hydrogen generator. It was important to keep the hydrogen moisture content low. A desiccator column was used to bring the gas humidity to −60 °C dew-point (10 parts per million).
The finished samples were tested following the Standard Test Methods for Adhesion of Metallic Coatings, ASTM B571. The tests selected were the peel test, bend tests, and chisel-knife test. The peel tests were performed using the 3M720 Film Fiber Tape and the 3M 250 Flatback Masking Tape.
Four samples have failed some of the tests (#3. Bend Tests and/or #5. Chisel-Knife Test). Those were from the very first run of six 40 μm samples made before the adequate drying of the hydrogen and before other small corrections in the oven and the technique.
For the rest of the samples, there appears to be no mechanical way to remove the cladding other than machining it off Figure 4.
Six finished and tested samples of various thicknesses (40–80 μm) were heated in vacuum to 385 °C and retested using the same procedures. All samples passed all of the tests successfully. The cladding remained on the substrate until a chemical dissolution was used to remove it as is done regularly in target processing [11].

In addition to copper substrates, a number of tests were performed on pure silver. The first two samples of the silver were melted at 950 °C. The presence of the molybdenum seemed to lower the melting point of the silver. Samples treated at 900 °C still showed some melting, though the molybdenum cladding was intact and adhering well. More tests will be performed at slightly lower temperatures.
The process of diffusion cladding appeared to work well for the preparation of radioisotope targets. Even in the experimental setup, the preparation and handling time for each target was approximately 5 min—not including the drying or the sintering times. There were no losses of the coating material in the process.
The thickness was measured using Mitutoyo 519-807 Electronic gauge and Mitutoyo 122L indicator. The density of the cladding was calculated from the thickness and weight and was over 90% of full metal density and, if needed, could probably have been consolidated further by pressing. This will be investigated using other thickness-measuring techniques in addition to the currently employed.
Thicker coatings of molybdenum as well as other cladding metals will be tested including yttrium and nickel.
Production targets—with both natural molybdenum and 100Mo cladding—will be irradiated and evaluated.

A United States provisional patent, covering the parts of the process and applications, applied for.

The authors wish to thank Rapidia Inc. of Vancouver, BC, Canada, for their help and for the use of their equipment. 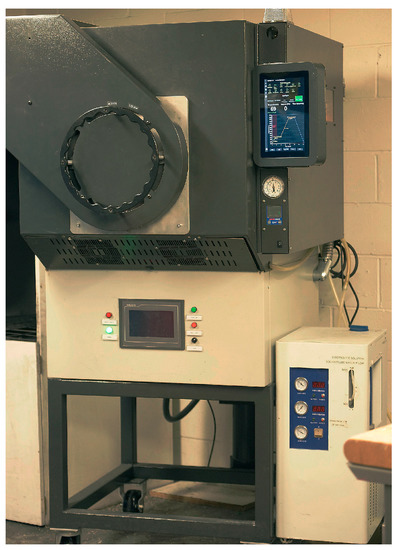 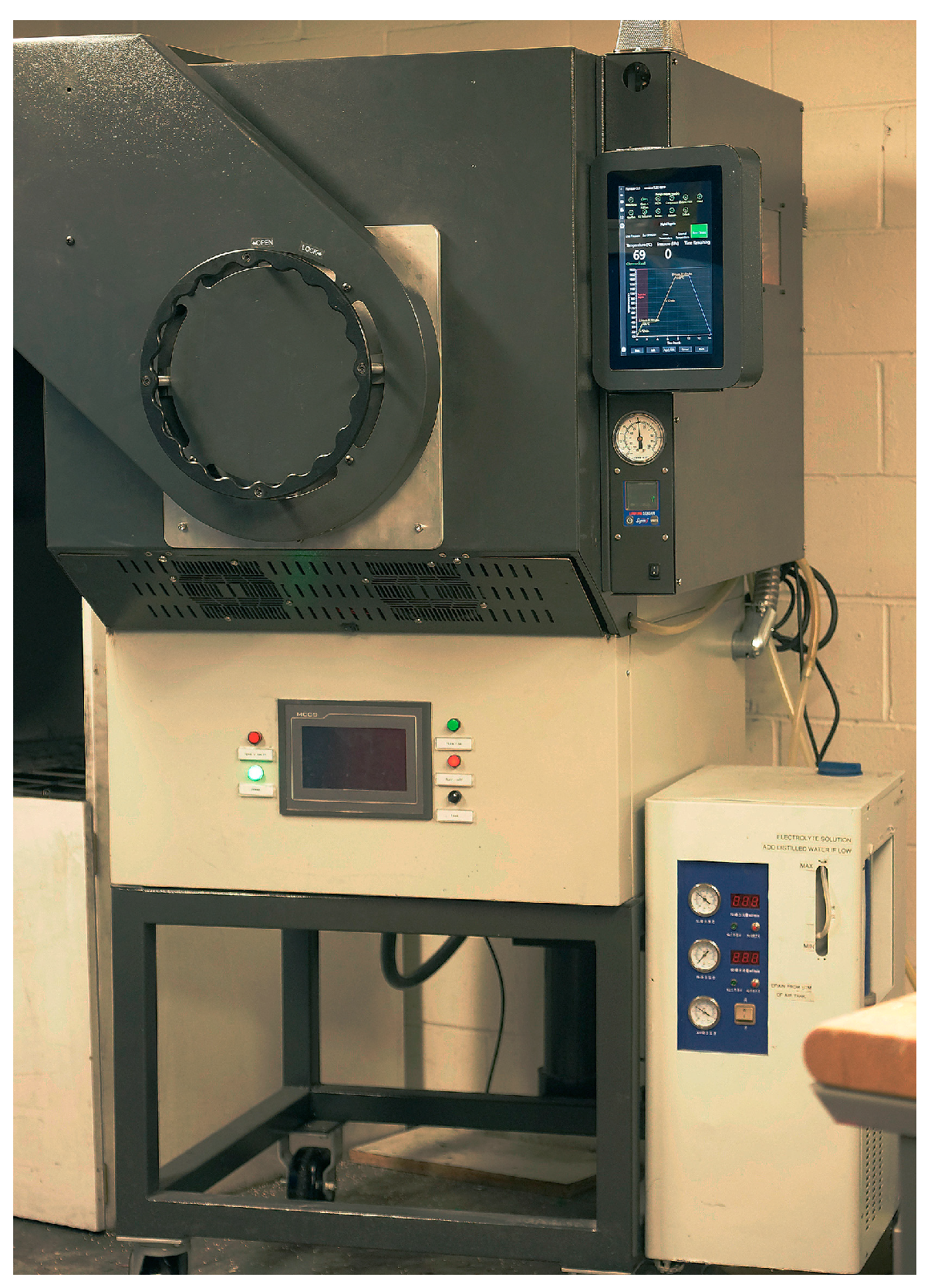 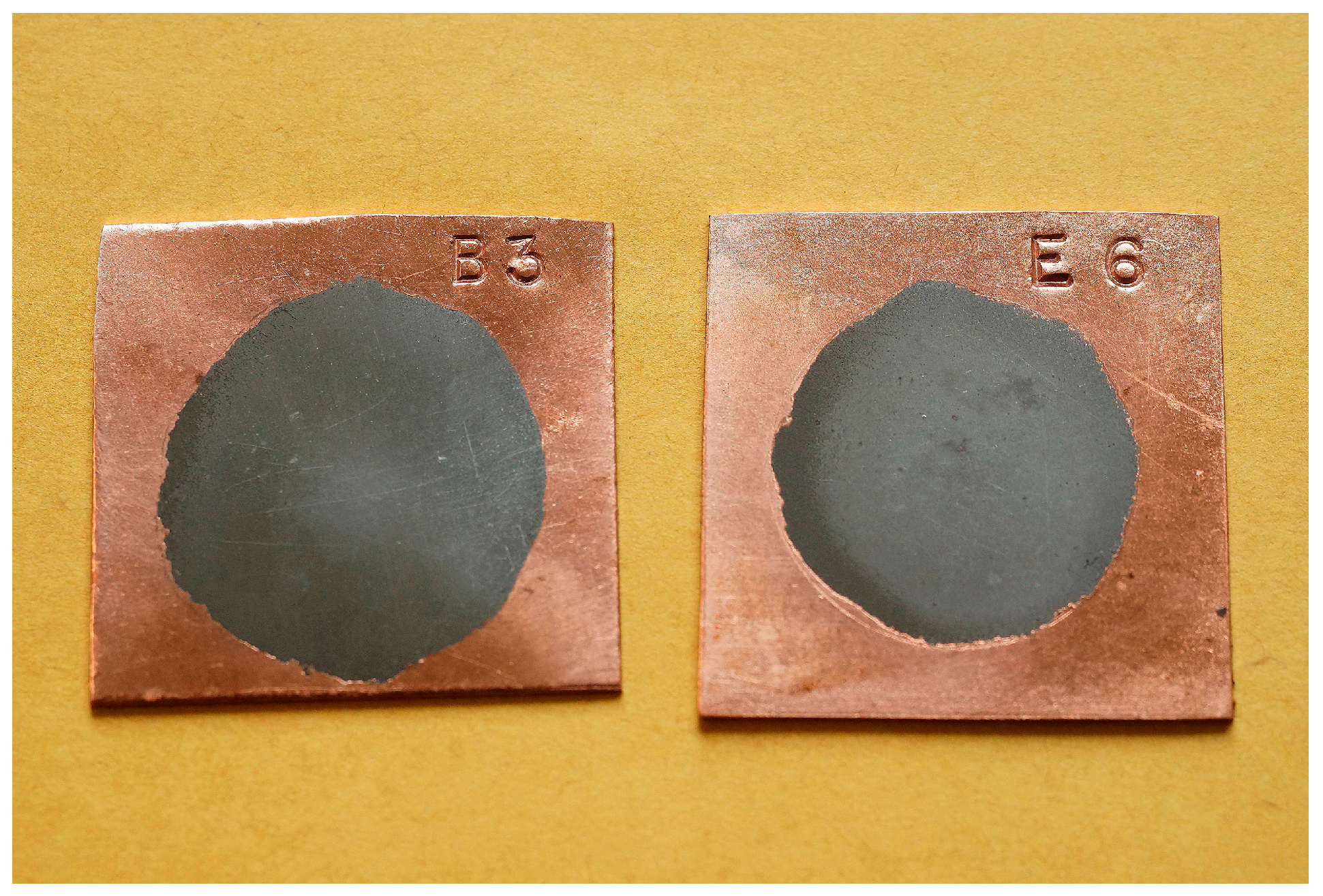 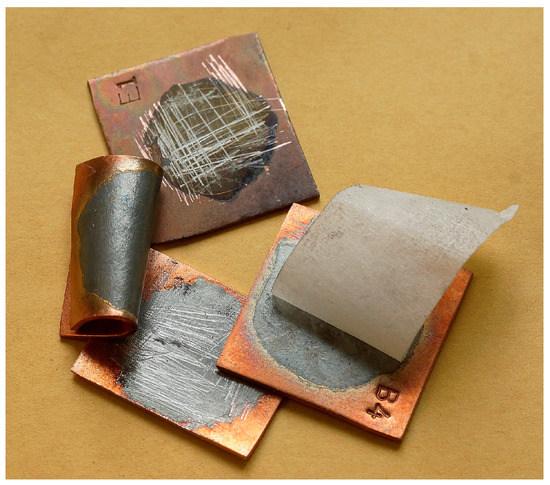 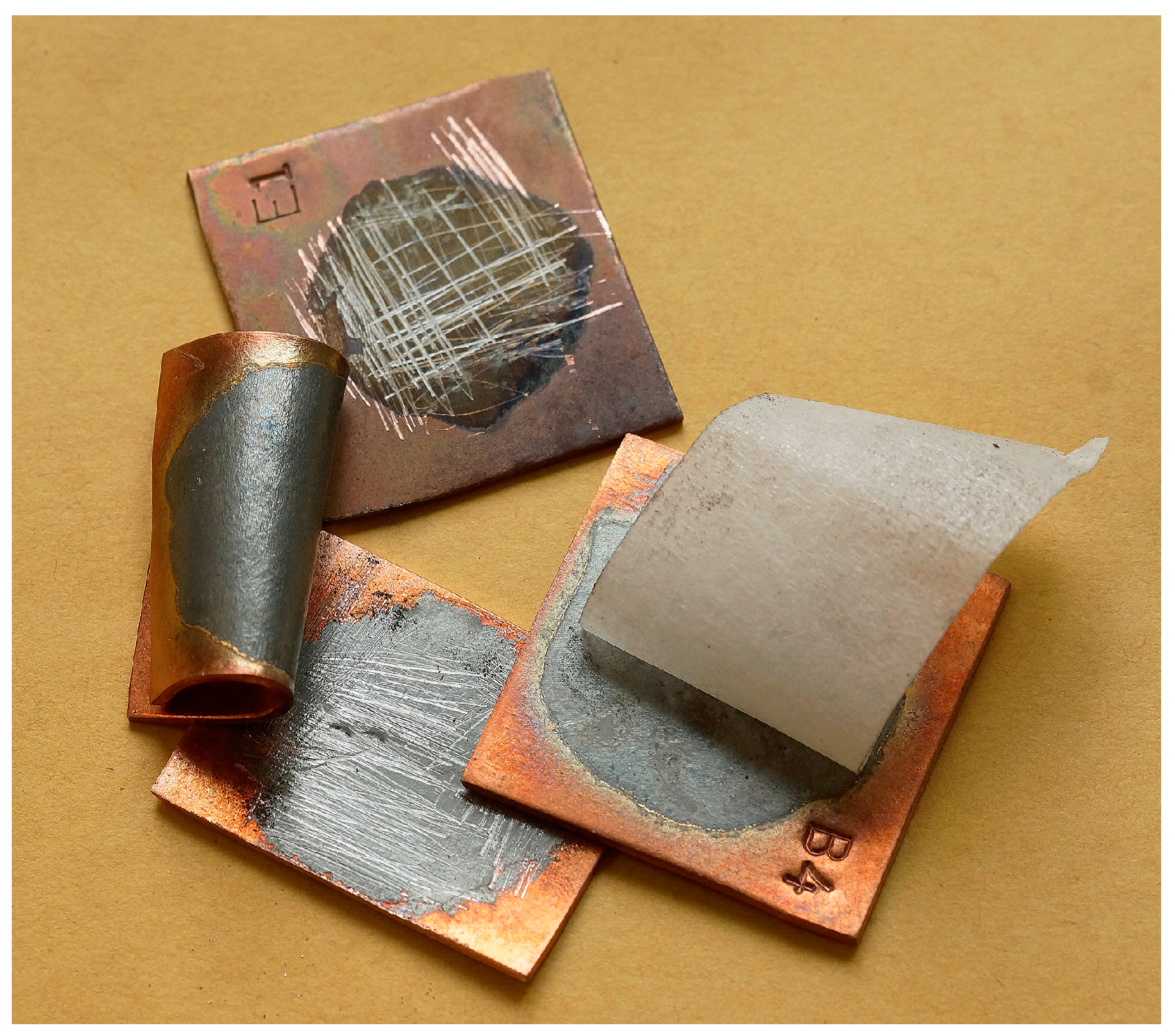