‘Wreckfish’ a collective of species belonging to the family Polyprionidae, are an important commercial fishery and have significant aquaculture potential. Until now, genomic or transcriptomic information for any species within the genus Polyprion has either remained unpublished or is non-existent. Using Illumina HiSeq, we compared the transcriptomes of hāpuku (Polyprion oxygeneios) ovaries to explore developmental stage-specific variations underlying their reproductive physiology. We sought to identify differentially expressed genes and the associated shifts in biological pathways between previtellogenic and early vitellogenic ovaries. Ovarian tissue was repeatedly biopsied by gonopore cannulation from the same females (n = 3) throughout oogenesis. Reproductive status of initial biopsies was confirmed as being previtellogenic and that in biopsies collected eight weeks later as early vitellogenic. A de novo hāpuku transcriptome was assembled (146,189 transcripts) from RNA-Seq data without a reference genome. On average, each tissue sample contained 17.5 million trimmed reads. Gene annotation was 80% when using BLASTX against Genbank Non Redundant database. Fifty-three transcripts were differentially expressed within the FDR of 0.05 when previtellogenic and early vitellogenic ovaries were compared; this reduced to 35 differentially expressed genes when transcript duplications were pooled. Among these were genes tentatively associated with the electron transport chain, lipid metabolism, steroidogenesis and mineral/solute transportation. These data provide a snap-shot into stage-specific physiological events during oogenesis in the ovary of a teleost and an extensive molecular resource for research on species in the Genus Polyprion.
Keywords: Polyprion; transcriptome; vitellogenesis; RNA-Seq; oogenesis; hāpuku; de novo; steroid; lipid Polyprion; transcriptome; vitellogenesis; RNA-Seq; oogenesis; hāpuku; de novo; steroid; lipid

A critical component of aquaculture is the requirement to supply high quality gametes and fingerlings that can be raised to satisfy market demands [1,2]. The events leading to the formation of gametes are complex and dynamic [3]. In order to gain insight into the factors affecting egg quality and fertilisation, an understanding of the mechanisms and coordinated processes that occur during oogenesis is required [4]. Such insights include the composition and roles of maternal transcripts (DNA and RNA) and other molecular cargo produced and stored during oocyte formation as these are essential for early embryonic development and the support of core cellular functions until the genome of the zygote is activated [2,5,6,7]).
During oogenesis, the application of transcriptomic tools allows researchers to examine the entire population of mRNA within developing oocytes, thus providing insight into the genes expressed at the time they were harvested to reflect a particular physiological state [8]. The relative abundance of each transcript can be quantified by RNA sequencing (RNA-Seq), permitting the researcher to explore whether particular genes or pathways of biological processes differ between two RNA populations originally harvested from different subject cells or tissues [9,10,11].
The development of an aquaculture industry for an emerging species demands an understanding of the reproductive biology at different phases of the life cycle. Under intensive culture conditions, these phases include pubertal onset [12], secondary oocyte growth [1,2] and the establishment of methods to control gamete maturation and spawning [13,14]. With a considerable commercial fishery and potential aquaculture value of hāpuku (Polyprion oxygeneios), a wreckfish species [15,16,17], the aim of this study was to explore the stage-specific variations underlying their ovarian reproductive development at the level of the transcriptome. This long-lived fish is gonochoristic and spawns repeatedly during a spawning season, reflected in the group-synchronous ovaries. Recently, ovarian development was described in captive-reared broodstock during their first reproductive cycle while subjected to constant or varying temperature regimes [17]. To address our aim, we sought to identify differentially expressed genes and the associated shifts in biological pathways between previtellogenic and early vitellogenic ovaries. To do so, ovarian tissue was repeatedly biopsied by gonopore cannulation from the same first filial (F1) females throughout oogenesis as a strategy to reduce variability since transcriptomes are inherently prone to temporal and spatial variation [8].

Stages of reproductive development between previtellogenic females sampled in March and early vitellogenic females sampled in May were confirmed on the basis of oocyte diameter, ovarian histology, and plasma levels of estradiol-17β (E2). The mean oocyte diameter of the three previtellogenic females was 0.22 mm in March and increased to 0.37 mm eight weeks later (Table 1). Likewise, increases in plasma E2 concentrations were also observed in females (0.08 ± 0.003 ng/mL to 0.63 ± 0.076 ng/mL; Table 1) between the March and May sampling points. The appearance of yolk platelets in histological sections (Figure 1) coincided with increases in mean oocyte diameter and plasma E2 concentrations. Additional details on ovarian developmental stages of hāpuku throughout a reproductive cycle have been outlined in a previous study [17].

The hāpuku transcriptome consisted of 146,189 transcripts (Table 2). On average, each tissue sample contained 17.5 million trimmed reads. Sequencing data were of high quality as the trimming steps only excluded 24% of the data (data not shown).

The heat-map generated by the hierarchical cluster analysis tended to identify groups of genes with comparable expression patterns (Figure 3). A key grouping comprised of genes associated with the electron transport chain which were all significantly upregulated as ovarian development progressed to early vitellogenesis. While groupings did not seem so clear-cut with regard to biological functions for other genes, those associated with steroid biosynthesis and lipid metabolism and mineral/solute transportation were significantly upregulated in early vitellogenic ovaries.

Three five-year-old F1 females (brood year 2008; initial mean body weight 8.5 ± 1.2 kg; mean fork length 76 ± 2.6 cm) were selected from a group of co-housed fish (11 females and 7 males). The three fish were sampled to describe ovarian development and estimate plasma levels of E2 during their maiden spawning cycle, as previously detailed by [17]. In brief, fish were housed in a 20 m3 semi-recirculating tank at NIWA’s Northland Marine Research Centre, Ruakaka, New Zealand. Their husbandry temperature regime cycled from cool temperatures in the winter months (10–12.5 °C) to warmer temperatures (17 °C) in the summer months, prior to being held at 13.5 °C during the predicted spawning season. Culture conditions are detailed in [17]. This study was completed in accordance with the Animal Welfare Act 1999 through the NIWA Animal Ethics Committee.
Ovarian tissues were repeatedly collected by gonopore cannulation (Section 4.2) from the three females at each sampling point; March (previtellogenic), May (early vitellogenic) and July (vitellogenic). Only previtellogenic and early vitellogenic ovarian samples were subjected to differential expression analyses (Section 4.5.1) as these were the developmental stages of interest; vitellogenic samples were only used for contiguous (contig) sequence assembly. Only three fish were selected at each sampling point due to financial constraints.

Sedation of hāpuku for blood sample and ovarian biopsy collection was a two-step process. Firstly, fish were starved for 48 h and mass-sedated in 0.01 mL/L Aqui-S (Aqui-S New Zealand Ltd, Lower Hutt, New Zealand) in the tank. Once sufficiently sedated to handle, fish were subjected to complete sedation in a second anaesthetic bath (300 L) containing 0.025 mL/L Aqui-S on a one-by-one basis.

4.2.2. Blood Sampling and Measurement of E2 Levels by Radioimmunoassay

A 2 mL blood sample was collected from the caudal vasculature by needle and syringe, transferred to a microcentrifuge tube containing 10 μL of anticoagulant (200 mg/mL ethylenediaminetetraacetic acid) and mixed thoroughly by inverting. Blood samples were placed on ice and within 2 h of collection, centrifuged at 16,000× g for 5 min at 4 °C. Blood plasma was aspirated, aliquoted and stored frozen at −80 °C until measurement of E2 levels by radioimmunoassay using the reagents and protocol previously detailed in [17].

Ovarian tissue collected by gonopore cannulation, as previously described by Wylie et al. (2018b), was roughly divided into three portions. One portion was added to Ringer’s solution (180 mM NaCl; 4 mM KCl; 1.5 mM CaCl2; 1.2 mM MgSO4; 3 mM NaH2PO4; 12.5 NaHCO3—pH 7.5) for oocyte measurement by light microscopy while the second portion of tissue was fixed in 4% paraformaldehyde for gonadal staging c.f. [17]. The third portion for transcriptomic analysis was immediately snap-frozen in liquid nitrogen upon collection and then transferred to −80 °C until preparation for RNA-Seq (Section 4.3).

4.3. RNA Extraction and Preparation for RNA-Seq

Samples were demultiplexed using bcl2fastq script from the Illumina sequencer. Prior to de novo assembly, Illumina adaptors were trimmed using fastq-mcf according to [55]. Subsequently, reads were quality-trimmed at a probability of 0.001 (Phred score of Q 30). Only full-length paired-end reads were kept using the SolexaQA Package [56], which were further subjected to quality checking using fastqc tools (http://bioinformatics.bbsrc.ac.uk/projects/fastqc). In order to quantify and differentiate expression, only reads with a Phred quality score (Q score) of 20 or above were kept with a sequence size of ≥50 nucleotides on both paired reads.

The Trinity platform was used to complete de novo transcriptome assembly from RNA-Seq data without a reference genome as described by [57]. In order to generate raw count data for differential expression and abundance analysis, adaptor-trimmed reads were mapped back to the de novo assembled transcripts using bowtie as described by [58]. For each of the samples, transcript abundance was estimated using the RSEM package according to [59].

As a measure account for both biological and technical variability attributed to limited sample sizes, the differential expression analyses were completed using the edgeR package [60,61] to compare previtellogenic and early vitellogenic stages of ovarian development. Initially, raw read counts were normalised with a trimmed of mean of M value (TMM) approach. This was followed by differential expression analysis using a quantile adjusted conditional maximum likelihood (qCML). In order to remove low abundance transcripts, only those that had >90 read counts in the sum of all six samples were used. Bonferroni correction for p-value adjustment and a cut off adjusted p-value at <0.1 was employed to score differentially expressed transcripts between the different stages of ovarian development. Differentially expressed transcripts were further defined as those within the FDR of 0.05.
Transcripts for different contigs that annotated to the same gene within the 0.05 FDR were pooled for hierarchical cluster analyses (Section 4.6). Relative expression levels were measured in reads per kilobase of transcript per million mapped reads (RPKM) from normalised values. The annotation of transcripts was completed using BLASTX [19] against the Genbank non-redundant database. For each transcript, the relevant information of the first hit was received and compiled into a single file.

A hierarchical cluster analysis of differentially expressed genes was constructed using RPKM from normalised values using heatmap3 and gplots packages [62]. In order to run a GO enrichment/pathway analysis to identify the molecular function, biological process and cellular components of differentially expressed genes, the hāpuku transcriptome was aligned against the most complete fish RNA assemblies from Genbank (Danio rerio version 104) using BLASTN [63]. Gene ontology enrichment analysis was undertaken using WebGestalt tools. A hypergeometric test with a correction for multiple testing using the Benjamini Hochberg method was used with the zebrafish transcripts as the background.

M.J.W., A.N.S., and G.W.I. undertook animal husbandry and sample collection. The study was conceptualized by M.J.W., P.M.L., A.E., and J.E.S. Laboratory analysis was done by M.J.W. Data analysis and visualization was done by New Zealand Genomics Limited (Dunedin, New Zealand), H.L., and M.J.W. Original draft preparation was undertaken by M.J.W. and all co-authors assisted with review and editing. Funding was obtained by J.E.S.

This research was supported by NIWA’s Research Aquaculture Program 3 (2013/2014; 2014/15 SCI) funding and a University of Otago Māori Doctoral Scholarship to M.J.W.

We would like to acknowledge the contribution by the technical staff at New Zealand’s National Institute of Water and Atmospheric Research (NIWA) for their roles in fish husbandry and for their assistance with sampling. 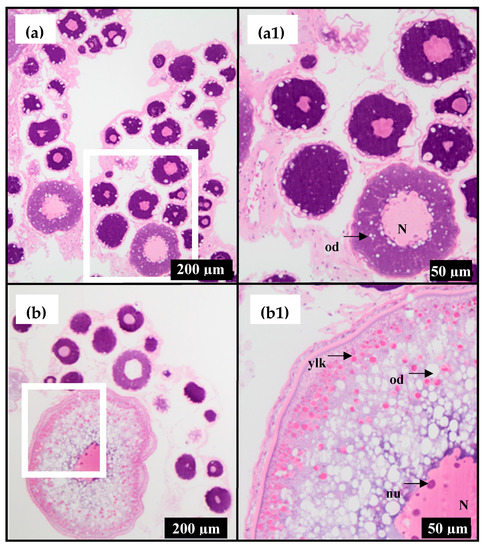 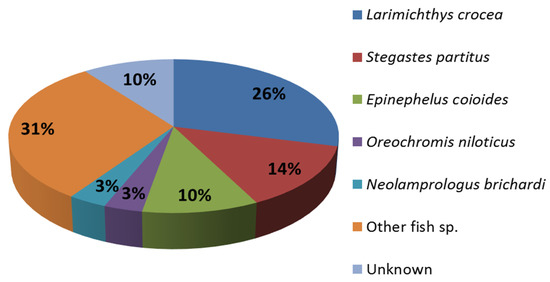 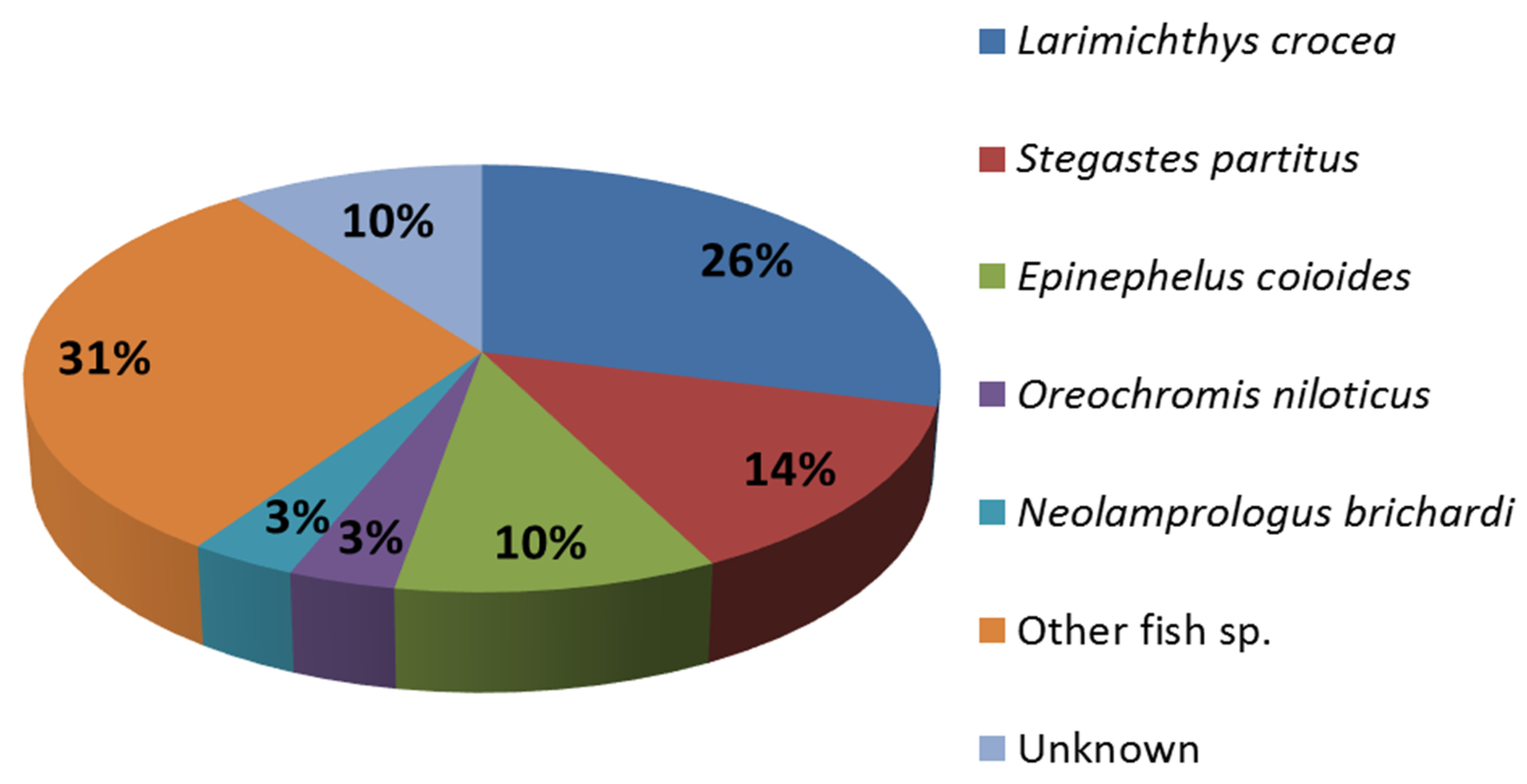